A Tribute to Ralph Graves

A Tribute to Ralph Graves

Born in Cleveland, Ohio on July 23, 1900, Ralph Graves came from a wealthy family, but jumped a freight train to get away from his parents and soon found himself in Chicago. Here, he entered a contest organized by Universal to find a leading man for actress Violet Mersereau. Graves won the contest but instead of coming to Hollywood, he found a position with the Chicago-based Essanay Company by Louella Parsons, who was then a newspaper woman in the city. 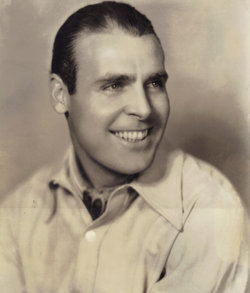 Graves first major screen role was as leading man to Mary MacLane in Men Who Have Made Love to Me (1918). In 1919, Graves was signed by D.W. Griffith and immediately signed Graves in two 1919 productions, “Scarlet Days” and “The Greatest Question,” and starred opposite Carol Dempster in the 1921 feature “Dream Street.”

After Dream Street (1919), Graves received a number of offers from other producers. Graves went to consult with Griffith as he had done with Blanche Sweet and Lillian Gish, and others, the director told him to go. 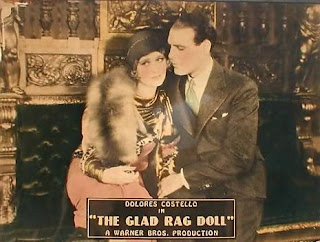 The features in which Graves appeared in the 1920’s were not memorable, but he had the opportunity to play opposite Colleen Moore, Miriam Cooper, Marguerite de la Motte, Bessie Love and Blanche Sweet. 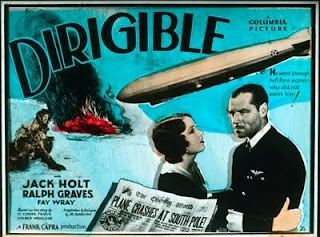 From 1923 through 1926, Graves was under contract to Mack Sennett playing opposite Mabel Normand in The Extra Girl (1923) and starring in a series of two-reel comedy shorts.

Claiming that he was losing his hair and his sex appeal, Graves decided to become a director, initially for Harry Cohn at Columbia, although he did continue acting until as late as 1949. 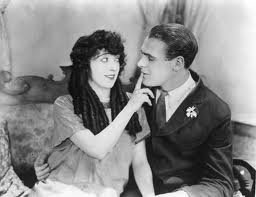 At Columbia, Graves became associated with actor Jack Holt and with director Frank Capra, whom the actor had become familiar with at the Mack Sennett studios.

In the 1930’s, Graves became an assistant director at MGM to Irving Thalberg. 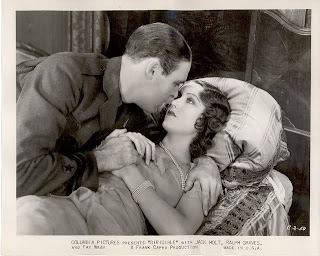 In old age, Graves had a healthy contempt for a society that would relegate a great man such as D.W. Griffith to the gutter and that could denigrate a Rudolph Valentino because he was a foreigner. Graves also believed that black people and uneducated people were looked down.

By the 1950’s, Graves was retired but living well in Balboa, Holmby Hills and eventually Santa Barbara, where he died on February 18, 1977. He was 76 years old.

Ralph Graves had an extensive film career. He appeared in a total of 92 films between 1918 and 1949.
Posted by Silentfilmfanatic at 6:19 PM