A Tribute to Alice Howell

A Tribute to Alice Howell

One of the most entertaining, unusual, and underrated of silent screen comediennes was Alice Howell, a famous vaudevillian. 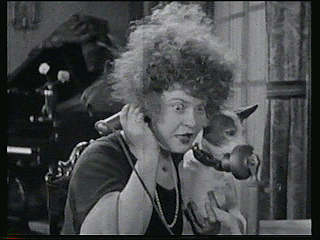 Alice Howell was born Alice Cook in New York on May 20, 1886, and took her stage name from a vaudeville act, Howell and Howell that she and her husband, Dick Smith replaced.

The couple entered films in 1913 with Mack Sennett, appearing together as party guests in Tillie’s Punctured Romance (1914). Alice can be seen in a number of Charlie Chaplin’s Keystone shorts, most notably as the dentist’s wife in Laughing Gas  (1914). 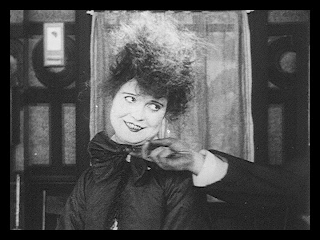 Alice became a comedy star with Henry “Pathe” Lehrman’s Knock-Out Komedies made by his L-Ko  Motion Picture in 1915.  At L-Ko, Alice hid her natural beauty and developed a unique eccentric style of dress with ill-fitting clothing, her hair piled into a mess of golden curls and topped with the most unsuitable hats. Her eyebrows were over emphasized and her walk was more like a penguin.

Alice was no light or polite comedienne, she was a physical comic who could handle anything better than any male. It’s no exaggeration to describe Alice as the female counterpart of Charlie Chaplin.

While Chaplin had his tramp costume, Alice had her scrub lady outfit. However, while Chaplin developed his comedy for the feature-length film, Alice was stuck in short subjects for most of her career, moving from L-Ko to Reelcraft, to Universal in the early 1920’s, and, finally, to Fox for a couple of titles in 1926 and 1927.

Unlike Chaplin, Alice didn’t really care much about her film career. Alice made films in order to make money, and she invested her money in real estate. By the late 1920’s, she had no need to work and all she cared about was real estate.

Alice Howell died a wealthy woman in Los Angeles on April 11, 1961. Her passing went unrecorded in both the trade and the popular press.

Alice Howell had an extensive filmography with more than 80 titles. Some of the titles are intriguing such as Silk Hose and High Pressure (1915), Lizzy’s Lingering Love (1916), Tilly’s Terrible Tumbles (1916), and Beauty and the Boob (1919).

If someone would screen Alice Howell’s films today, she would probably generate more laughter than Mabel Normand.

Posted by Silentfilmfanatic at 4:37 PM