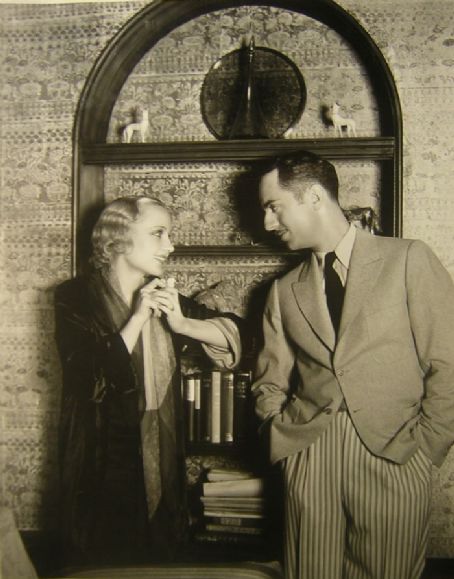 Carole Lombard, may have been one of the most beautiful woman to perform on the silver screen. She performed in over 20 films. In October 1930, Lombard met William Powell. They had worked together in the films: Man of the World and Ladies' Man. Unlike many of Lombard's other suitors, Powell was sophisticated.

He loved her humor and charm. They married on June 26, 1931. Lombard commented to fan magazines that she did not believe their sixteen-year age difference would be a problem, but friends felt they were missed matched.

They divorced in 1933, but remained good friends and worked together in the film, My Man Godfrey. 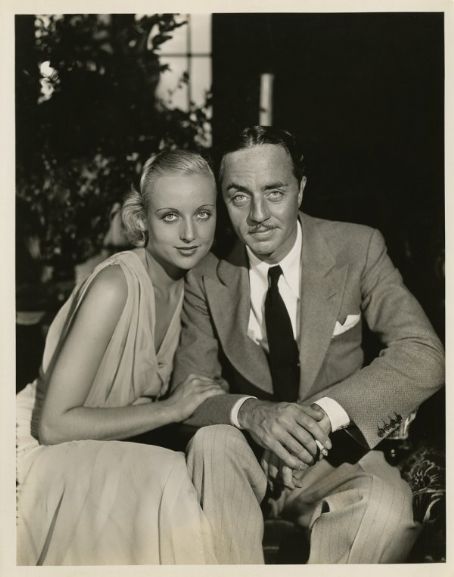 During this time she carried on relationships with actors: 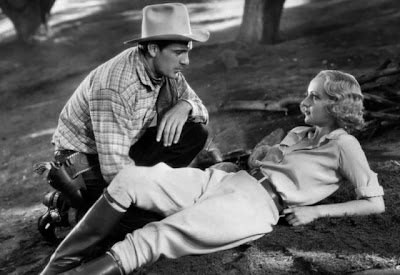 Gary Cooper, was paired with and had a personal relationship with Carole Lombard in, I Take This Woman (1931). A romance film directed by Marion Gering. Based on the 1927 novel Lost Ecstacy by Mary Roberts Rinehart, the film is about a wealthy New York socialite who falls in love and marries a cowboy while staying at her father's ranch out West.

After her father disinherits her, and after a year of living the life of a cowboy's wife, she leaves her husband and returns back east to her family. The film may remind you of the 1940 film, I Take This Woman, starring Spencer Tracy and Hedy Lamarr. 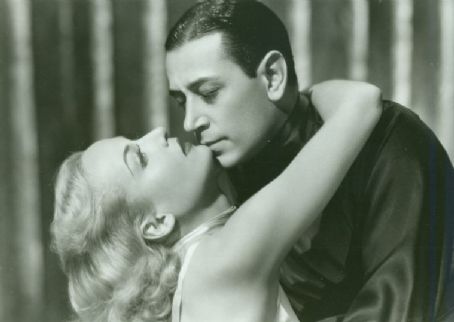 Carole began a relationship with George Raft, while performing in the musical drama, Bolero (1934) . The movie was a rare chance for Raft to star and to play a dancer, which had been his profession in New York City, rather than a gangster. The film takes its title from the Maurice Ravel composition Bolero (1928).

The film opens shortly before World War I. Raoul De Baere is a dancer from New York City, wanting to European nightclub circuit by storm. He tries to get Annette (famed exotic dancer Sally Rand) to be his dancing partner, but she refuses. He hires Helen Hathaway and choreographs a very athletic routine to be accompanied by Ravel's Bolero (an anachronism, as the composition was not written until 1928). He falls in love with Helen, but she marries Lord Robert Coray.

Raoul serves in the United States Army in World War I and returns with a weakened heart. He does not let that stop him and opens a  nightclub in Paris, and hires Annette (now looking for work) as his new partner.

On the opening night,  he finds her to drunk to perform. As luck would have it, Helen is in the audience and agrees to fill in. He overdoes his athletic routine, collapses and dies.

The film predates the Hays Code, and at least two scenes would have been banned by the code:

In one scene: George Raft tells Carole Lombard, to audition in his hotel room, in her underwear and she does.

Later, Rand performs her famous fan dance, in which she hides her nudity with two properly positioned ostrich feather fans. A double was used for Lombard in many of the shots in the dance scenes. Although regarded as a musical, the film has no singing. 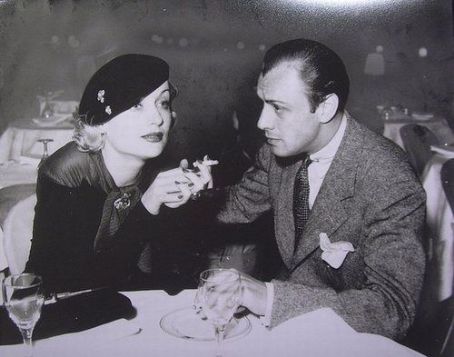 Later, Lombard met and began a serious relationship with singer, violinist and actor, most famous for his signature tune "You Call It Madness, But I Call It Love", his compositions "Prisoner of Love" and "Too Beautiful For Words". Columbo reportedly proposed marriage, but was killed in a shooting accident at the age of 26. 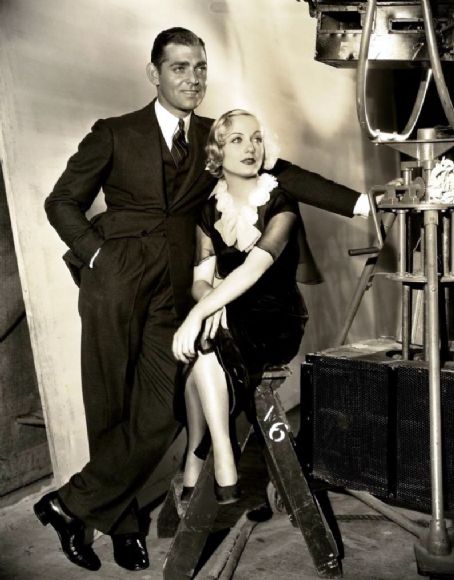 Lombard's most famous relationship came in 1936 when she became involved with Clark Gable. They had worked together  in the film, No Man of Her Own(1932), but at the time, Lombard was still married to Powell.

Unbeknownst to each other they had worked as extras on a silent epic film, The Johnstown Flood(1926). When Gable and Lombard, met again at the Mayfair Ball, of which Lombard was hostess, their romance began to take off.

Gable was married at the time to oil heiress Ria Langham, and the affair was kept quiet. The situation proved a problem in Gable accepting the role of Rhett Butler in Gone with the Wind. MGM head Louis B. Mayer, made a deal for a reluctant Gable by giving him money to settle a divorce agreement with Langham and marry Lombard.

Gable divorced Langham on March 7, 1939 and proposed to Lombard at the Brown Derby. On March 29, 1939, during a break in production on Gone with the Wind, Gable and Lombard drove out to Kingman, Arizona and were married in a quick ceremony. They bought a ranch in Encino, California previously owned by director Raoul Walsh. They lived there until Lombard's untimely passing. 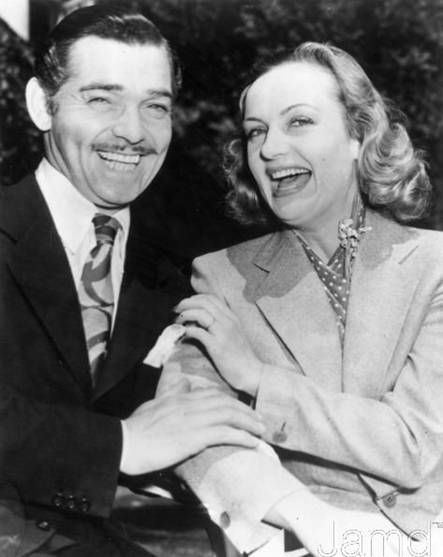