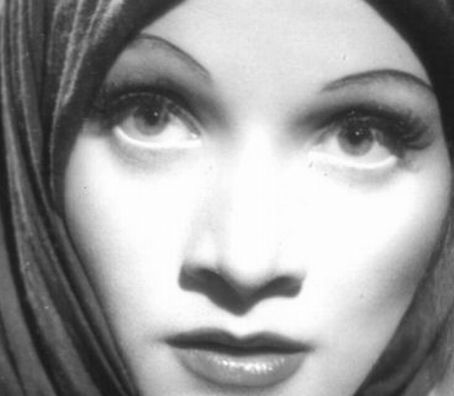 The Garden of Allah (1936), Is a dramatic film directed by Richard Boleslawski and produced by David O. Selznick. Based on the 1905 novel of the same name by Robert S. Hichens. Hichens's novel had been filmed twice before, as silent films made in 1916 and 1927. Cast: Marlene Dietrich and Charles Boyer with Basil Rathbone, C. Aubrey Smith, Joseph Schildkraut, John Carradine, Alan Marshal, and Lucile Watson. The music score is by Max Steiner. It was the second film to be photographed in three-strip Technicolor gaining an honorary Academy Award for cinematography. The filming locations were in Buttercup, California and Yuma, Arizona.

After the death of her father, Domini Enfilden returns to Le Couvent de Ste. Cecile, where she grew up, to reunite with her friend,  Mother Josephine. The Mother Superior, advises her to travel to the Sahara Desert, where she might find the answers she is looking for.

Meanwhile, at a Trappist monastery at el Lagarnine in Tunis in Northern Africa, a visitor, Captain de Trevignac, tastes the liqueur for which the monastery is best known for. The liqueur is made from a secret formula by Brother Antoine, who has just fled the monastery, taking the secret with him.

While traveling to the city of Beni Mora, Algeria, Domini meets Antoine on a train, but he says nothing to her.

Later, in a cafe, Antoine can not take his eyes off an exotic dancer named Irena.

When Irena pulls a knife on her lover, Hadj, who will not marry her, the situation gets out of control and Antoine helps Domini escape with her life, and this is when Boris introduces himself as, Boris Androvsky.

The next day, they ride to the Oasis of the city Azur, where they meet Count Ferdinand Anteoni, who tells Domini to wait to travel into the desert until the urge is very strong. When native girls admire the crucifix around Boris' neck, he does not like them hanging on him, so he throws it into the water.

Domini, does not like his violent outbursts and Anteoni warns Domini, "a man who fears to acknowledge his God is unwise to set foot in the desert," and tells them that the Arabs have a saying that the desert is the garden of Allah.

Later, a man tells Domini that something glorious is waiting for her during her travels into the desert, but also gives her a warning.

While out riding, they come to a church. There, Father J. Roubier, who promised Mother Superior he would look out for Domini, notices Boris. Although, the priest warns Domini not to fall in love with Boris, he agrees to marry them the next day.

Following the wedding, Boris and Domini take a caravan into the desert with Domini's guide, Batouch, and Hadj.

One night, Domini lights a torch to guide Boris back to the camp and instead saves a patrol that has been lost for three days. Among the men is de Trevignac. Boris returns and de Trevignac is sure they have met before.

After Batouch serves a bottle of the Lagarnine liqueur, de Trevignac remembers who Boris is and leaves the table in anger. Domini, confused, pleads with Boris to tell her the truth about his past but, he refuses.

The next morning, before De Trevignac and his men leave, he tells Anteoni where the caravan is camped.

At dinner, Anteoni tells the story of the Lagarnine liqueur, which will never again be manufactured as the monk who knew the secret of the liqueur disappeared after taking his final vows. Boris, then states tearfully "that the man had a right to love".

Boris, then shares with Domini about his life at the monastery, where he had lived since childhood under the vow of silence, and spoke with people for the first time when, as an adult he was put in charge of the monastery's hotel.

Believing that no one who loves will be punished by God, Domini agrees to let Boris return to the monastery. At the gates of the monastery, Boris and Domini say good-by for the last time.. 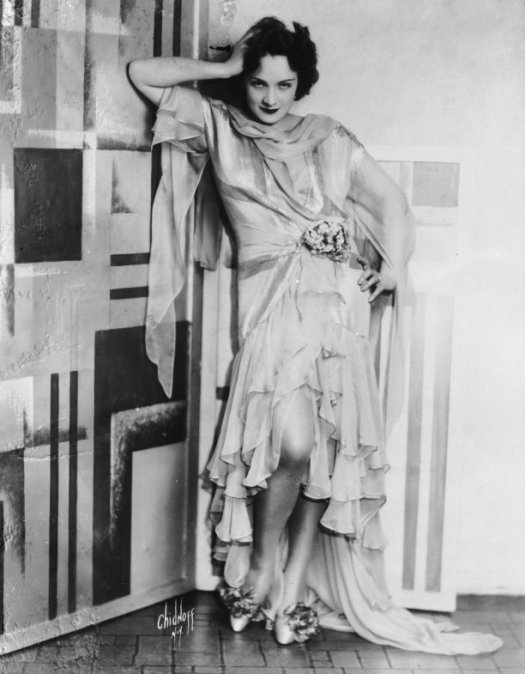 Merle Oberon was originally signed to play Domini, but was "bought off" by David O. Selznick at a cost of $25,000.

For the role of Capt. De Trevignac, David Niven, Cesar Romero and Ray Milland were tested before 'Alan Marshal was cast.

The young girl sewing in the first scene at the convent is Marlene Dietrich's daughter, Maria Riva.

This was the first Technicolor film to be shot on location. Yuma, Arizona gave the film makers all the sand dunes they could desire, but contaminated drinking water and 135 degree heat soon had the company in revolt. When the daily rushes showed Boyer's face had burned a bright  red, the remainder of the film was shot on a Hollywood sound stage.

I usually do not enjoy watching movies with this storyline.. but, this film was such fun and beautiful to watch, that I just could not stop watching.. This maybe.. one of my favorite Boyer performances. Color films of the 1930's are a rarity and the cinematography in this film showcased the desert beautifully. 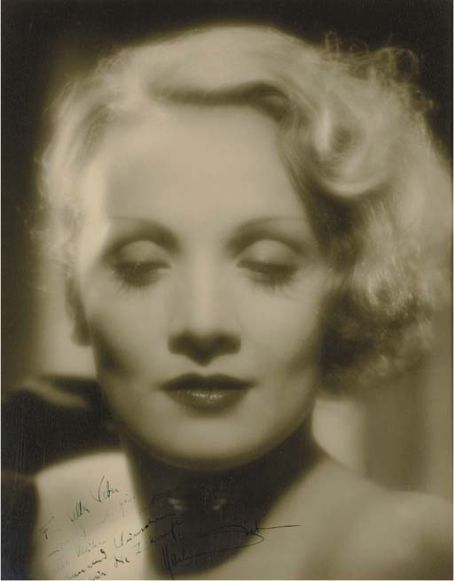 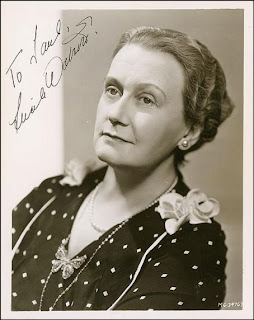 Her next play was The Girl With Green Eyes, the first of several Clyde Fitch stories.

At the end of 1903, Lucile performed in Fitch's "Glad of It". This play featured several young performers including Lucile who would move on to major Broadway or motion picture prominence: Robert Warwick, John Barrymore, Thomas Meighan and Grant Mitchell.

For the rest of the decade she performed in several more Fitch stories into the 1910s.

Sometime in the 1910s she was briefly married to silent film star Rockliffe Fellowes.Her marriage to Fellows produced no children.

Watson's first film role was in the 1916 silent film The Girl with Green Eyes, a film version of the Clyde Fitch play she had performed in on Broadway in 1902.

She did not appear in another movie until 1930, when she had an uncredited role in, The Royal Family of Broadway.

Watson was primarily a stage actress, starring in plays: Captain Jinks of the Horse Marines, Heartbreak House, Ghosts, The Importance of Being Earnest and Pride and Prejudice.

Her second husband was playwright Louis E. Shipman whom she married in 1928. She was widowed in 1933.

Watson reached the height of her adult acting career in playwright Lillian Hellman's anti-fascist dramatic stage play, Watch on the Rhine on Broadway (1941).

Two years later in Hollywood, she and Lukas reprised their roles in the film adaptation. In perhaps her best known film role, Lucile Watson's performance as 'Mrs. Fanny Farrelly' was also acknowledged with a nomination for the Academy Award for Best Supporting Actress, but she lost to actress Katina Paxinou for her performance as Pilar in, For Whom the Bell Tolls. 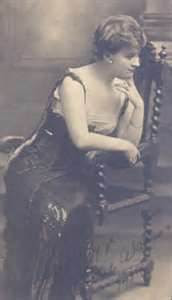