Beauty for Sale (1933). A film about the romances of three beauty salon employees. It was based on the novel Beauty by Faith Baldwin. Cast: Madge Evans, Alice Brady, Otto Kruger, Una Merkel, May Robson and Hedda Hopper.

Letty Lawson, has just run out of the money that her parents have given her to attend beauty school and now needs to make a living for herself. Her room mate, Carol helps Letty, land a job at Madame Sonia's, the salon where she works. Letty, is sent to the home of her first client Mrs. Henrietta Sherwood.

While Letty, begins seeing Sherwood, Jane, another beautician, becomes involved with Burt Barton, Madame Sonia's son. Jealous of Sherwood's gifts to Letty, Bill confronts Letty, telling her that she is no better than Carol. Wanting to live her life without everyone passing judgement on her, Letty, decides to move in with Jane.

That evening, Letty joins Sherwood for dinner on his yacht and learns that Henrietta is spending the summer in Maine. Sherwood, then confesses to Letty that he is not able to divorce his wife, but.. he loves her and wants to continue seeing her. Letty, asks for a week to think about it...

During the next week, Jane tells Burt, who is about to leave for Russia on an engineering job, that she is pregnant. Burt, promises to marry Jane, but.. Letty, sees him boarding the same ocean liner that Carol and Freddy are taking to Paris.

When Jane hears the news, she becomes hysterical and jumps from her apartment window to her death. Heartbroken, by both Jane's suicide and Carol's advise that she stay away from married men, Letty tells Sherwood, that she can no longer see him.

Later, Bill shows up at the shop and asks Letty for a date. Although, not attracted to Bill and his bad jokes, Letty, agrees to go on a date with him.

Sherwood, wanting to rebuild his marriage suggest to Henrietta, that they build a house in the country.

Out for a drive, Letty and Bill stop by the site of the Sherwood's beautiful new home, where Bill once again acts badly. Will Letty, have a change of heart about marring Bill?

Another Pre-Code film of the 1930s, with colorful performances by Madge Evans, Una Merkel and Alice Brady and I never miss a opportunity to see Hedda Hopper(actress, gossip columnist), in a film. There are also a couple of lines from Bill the boyfriend, that are such duds, that you would not believe someone would leave those lines in a film. 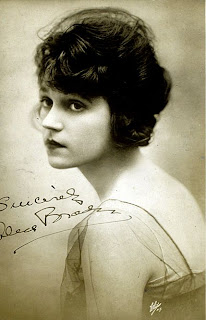 Alice Brady (born Mary Rose Brady, November 2, 1892 – October 28, 1939). Was interested at an early age in becoming an actress. Her father, William A. Brady, was an important theatrical producer, and her mother was Rose Marie Rene, who died in 1896 when Alice was four.

Alice first went on the stage when she was 14 and got her first job on Broadway in 1911 at the age of 18. She continued to perform there (often in shows her father produced) for the next 22 years. In 1931 she performed in the, Mourning Becomes Electra.

Her step-mother was Broadway star Grace George (1879–1961). Her half-brother was William A. Brady Jr, the son of her father Grace George. Brady's father moved into movie production and presentation in 1913,with his World Film Corporation, and Brady soon followed along after him, making her first silent feature appearance in, As Ye Sow(1914).

She performed in 53 films in the next 10 years, all while continuing to perform on stage. In 1923, she stopped performing in films to concentrate on stage acting, and did not appear on the screen again until 1933, when she made the move to Hollywood to perform in her first talking film, When Ladies Meet.

From then on she worked until her death, making another 25 films in seven years. Her final film was, Young Mr. Lincoln (1939). 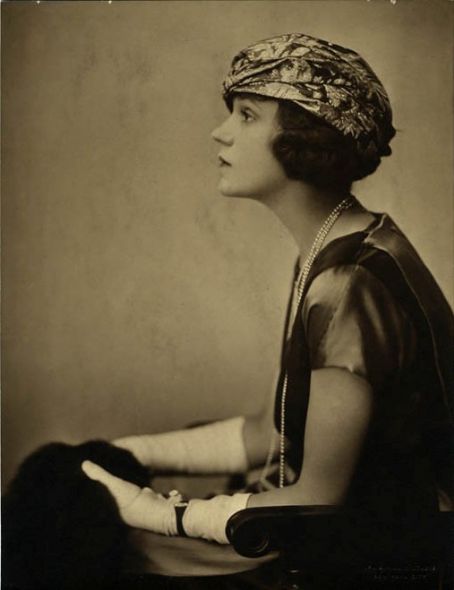