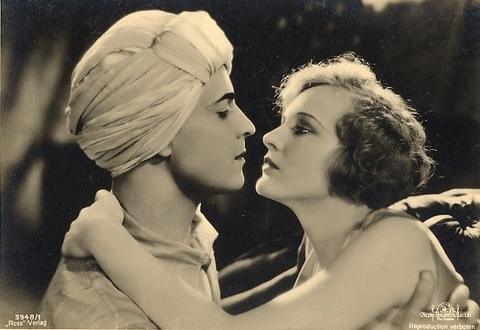 Son of India(1931). A romance film directed by Jacques Feyder. The film is based on the 1882 novel Mr. Issacs written by Francis Marion Crawford. Cast:Ramon Novarro, Conrad Nagel and Madge Evans.

On their long journey across India, Indian jewel trader named Hamid, whose life has not been an easy one and his son Karim, stop their caravan at an Indian village, where they plan to spend the night. There Hamid, tells his son that gratitude is the most important virtue one can possess. He then gives Karim his most precious possession, a large diamond.

Later, Karim meets Rao Rama, an old holy man, who saves his life by hiding him in a shallow grave when a gang of bandits, massacre the entire village, including his father, Hamid.

Now Karim,  has to fend for himself on his travels to Bombay, where he tries to sell the diamond in a jewelry store. The jeweler tries to cheat Karim, by offering him only twenty rupee for the gem. When Karim tries to leaves the store, the merchant calls him a thief and has him arrested.

Things look pretty grim for Karim, until his luck changes, when a wealthy American named William Darsay, overhears the trial and steps forward as a witness to the fact that the jewel belonged to Karim.

Karim, is found innocent and his diamond is returned to him.

Later, when Karim finds William dining in his hotel, he tries to thank him by giving him the diamond, but the American refuses to accept it. Karim, then tells the kind William, that if he will not accept the gift, he must remain forever indebted to him.

While leaving the hotel, Karim is stopped by a wealthy man, who offers him a a lot of money for the diamond, which he accepts. Karim, is now a wealthy merchant.

Many years later while, at a polo match, he meets and falls in love with Williams sister, Janice Darsay.

Later, while visiting Karim at his mansion, Janice is called away by her aunt, who insists that she see William, in Calcutta. Janice, soon realizes her aunt's feelings about her relationship with Karim, when she tells her how she feels about her dating an Indian. Despite her aunt's wishes, Janice goes on a tiger hunt with Karim. Her aunt, then sends a message to William, telling him to come at once to save his sister.

While on their tiger hunt Karim, crosses paths with the bandit who killed his father and during their fight, Janice falls into a poisoned plant and is wounded. After Karim, removes the poison from Janice, the two become engaged.

When William arrives, he is surprised to see that Karim is the Indian with whom his sister is in love with. Even though William likes Karim, he asks him to call off the wedding, because an interracial marriage will ostracize Janice from her friends and family. Will Karim and Janice break off their engagement? 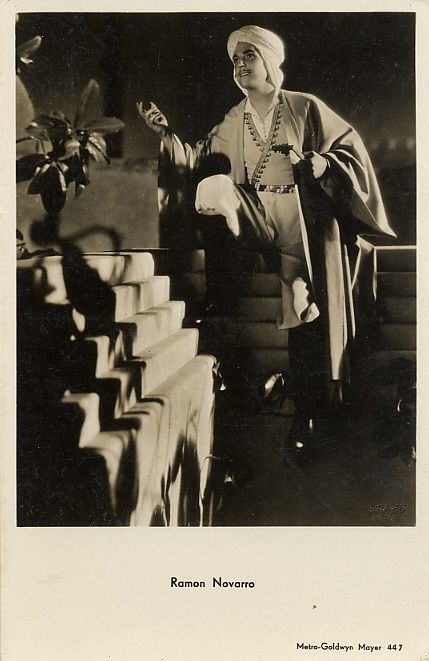 Son of India is a pre-code film starring one of the great actors of silent films, Ramon Novarro. The movie will hold your interest even though it is a very predictable love story. A must see if you are a Ramon Novarro, fan. 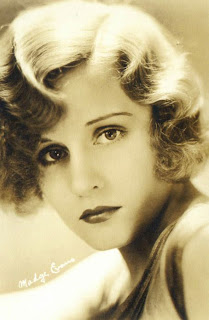 When she was four years old, Evans was featured in a series of child plays produced by William A. Brady. She worked at the old Long Island, New York movie studio.

Evans posed in a mother and child tableau with Anita Stewart, then 16, for an Anheuser-Busch Brewing Company calendar, and as the little mountain girl in Heidi of the Alps.

At the age of 8 in 1917, Evans appeared in the Broadway production of Peter Ibbetson with John Barrymore, Constance Collier and Laura Hope Crews.

At 17, she returned to the stage and appeared as Daisy Mayme. Some of her best work in plays came in productions of Dread, The Marquis, and The Conquering Male.

Her last appearance was in Philip Goes Forth produced by George Kelley.

Evans' mother took her to England and Europe when she was 15.  As a child film actress, Evans had quite a prolific career appearing in dozens of films. She appeared with Marguerite Clark in: The Seven Sisters (1915), a film with a large female cast that had been played on stage with Clark's rival Mary Pickford and Laurette Taylor.

She was featured with Robert Warwick in, Alias Jimmy Valentine (1915). At 14, she stared in, On the Banks of the Wabash (1923). She co-starred with Richard Barthelmess in, Classmates (1924). She was working on stage when she signed with Metro Goldwyn Mayer in 1927.

In 1939, she married playwright Sidney Kingsley, best known for his plays Dead End and Detective Story which were later turned into popular films. The couple owned a 50-acre estate two miles from Oakland, New Jersey.

Following her marriage to Kingsley, Evans left Hollywood and moved to the New Jersey home. 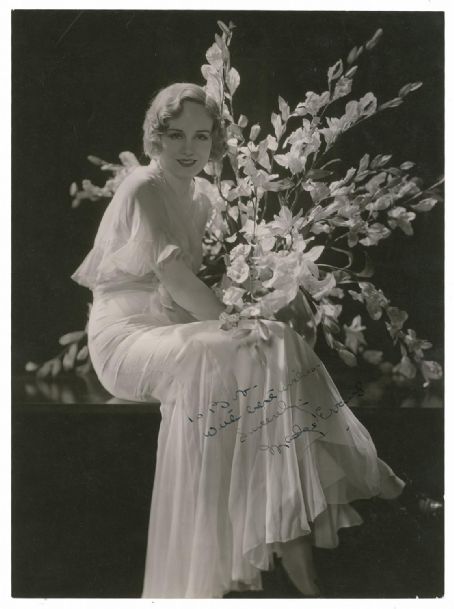