On December 3, 2012, Turner Classic Movies will present the documentary Baby Peggy: The Elephant in the Room. 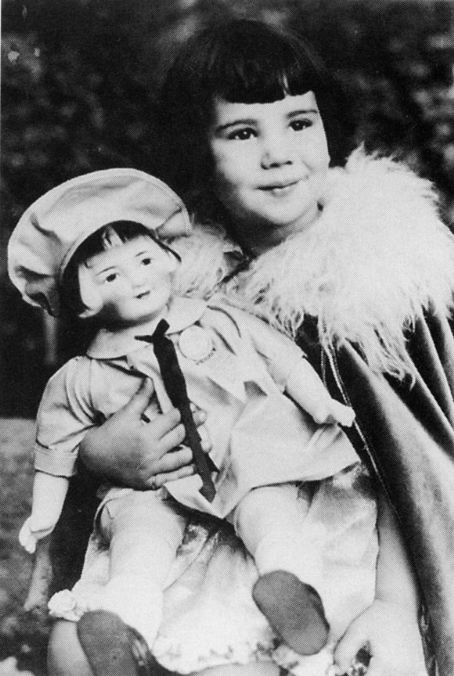 On December 3, 2012, Turner Classic Movies will present the documentary Baby Peggy: The Elephant in the Room and four rarely seen films: Carmen Jr. (1923), Peg o' the Mounted, Captain January and Such Is Life (all 1924).

Diana Serra Cary (born October 26, 1918), best known as Baby Peggy, was one of the three child stars of the Hollywood silent movie era along with Jackie Coogan and Baby Marie. Between 1921 and 1923 she made over 150 shorts for Century Studios.

After her acting career Cary, became an author and silent film historian under the name Diana Serra Cary. She is the author of several books and has become an advocate for child actors rights. Along with Carla Laemmle, Lupita Tovar, and Mickey Rooney, she is one of the last living silent film stars as of 2012.

Her father Jack, worked as a stuntman and stand-in for Tom Mix, in his cowboy movies. Meeting her through her father at the age of 19 months, Director Fred Fishbach, hired her to perform in a series of short films with, Brownie the Wonder Dog.

Her first film, Playmates(1921), was a success, and Peggy was signed to a long-term contract with Century. She also performed in film adaptions of children's books and fairy tales: Hansel and Gretel and Jack and the Beanstalk. In 1923, Peggy began working with Universal Studios, performing in the films: The Darling of New York, directed by King Baggot, and the first screen version of, Captain January. 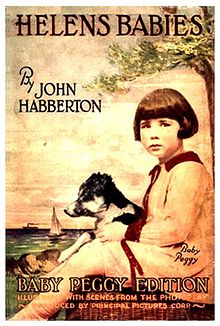 She also performed in, Helen's Babies(1924) with Clara Bow. A silent comedy film directed by William A. Seiter, based on the 1876 novel of the same name by John Habberton.

When she was not filming, she went on personal appearance tours across the country to promote her movies. She was also featured in several short skits on major stages in Los Angeles and New York, including Grauman's Million Dollar Theatre and the Hippodrome. 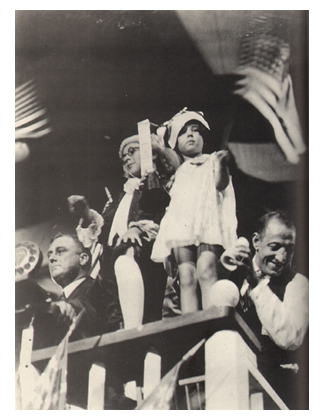 Peggy was also named the mascot of the 1924 Democratic Convention in New York, and stood onstage waving a flag next to Franklin Delano Roosevelt(pictured above). By the age of 5 she had her own line of dolls, sheet music, jewelry and milk. Even, Judy Garland, owned a Baby Peggy doll. Later, the two girls would become friends.

Baby Peggy's film career ended in 1925 when her father had a falling out with Sol Lesser over her salary and cancelled her contract. She was blacklisted and was only able to land one minor role in, April Fool(1926).

From 1925 to 1929, Peggy and her family toured the United States and Canada, performing in major venues, until Cary's parents became concerned about her health. The family struggled to make a living, and returned to Hollywood in the early 30s . Where, Cary posed for publicity photos with Douglas Fairbanks Sr. and signed on George Ullman as her manager. Cary, retired after the film, Having a Wonderful Time (1938).

She married actor Gordon Ayres in 1938. They divorced 1948 and she went on to marry Bob Cary, in 1954. The couple remained married until his death. They have one son, Mark.