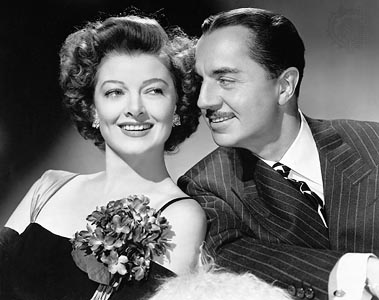 While on a cruise, Larry Wilson is knocked unconscious by an oar and when he comes to he finds that he has been suffering from amnesia for the past nine years and that he is really George Carey, a con-man.

After looking at his alter ego's bank balance, George decides to return as Larry to Habersville, Pennsylvania, to liquidate his bank accounts. After arriving, George and his new friend, con man "Doc" Ryan, are met at the pier by Kay Wilson who, thinking that George is her husband Larry, demands a divorce on the grounds of boredom.

When George learns that Larry's funds are under the control of the Community Chest and Anti-Vice crusade, he decides to run an oil scam on a vacant lot owned by Larry. After sending for his old partner in crime, Duke Sheldon, to "salt" the land, George realizes that he needs to keep the scandal of divorce at bay until he can complete his scam, and promises to give Kay her divorce in six weeks.

Settling into Larry's life, George begins to court Kay, who loves the change in her husband.

After setting the bait for his trap, George sends his patrol of boy scouts to discover the oil, and soon the boys's fathers are coming to Larry, with offers to buy his land. Things become complicated for George when Kay confesses that she loves him. Kay Wilson says: Ever since you got off that boat you've been chasing me like an amorous goat. You've tried your darnedest to make me fall in love with you and now you have. So from now on I'm going to do the chasing, and believe me, brother, you're going to know you've been chased. George, realizes that he wants to settle down permanently as Larry Wilson.

Will Larry, decide to go through with his scam?

I have always felt that Powell and Loy made a great team, they have wonderful screen chemistry. Powell, is one of my favorite actors and he so wonderful in everything he's in whether it be comedy or drama. Highlight, of this film is when Powell dances alone and Kay says: Where did you learn to dance like this? George says: By mail.

Nella Walker (March 6, 1886 – March 22, 1971). Was born and raised in Chicago, Illinois, and in her teens became half of the husband and wife vaudeville team "Mack and Walker", with her husband Wilbur Mack.

By 1929 she had a film acting career, her first film role being in, Tanned Legs, with Sally Blane, Dorothy Revier, June Clyde, and Arthur Lake.

She performed in three films in 1929, and easily moved onto "talking films", performing in another four films in 1930.

In 1935 her career only got better, and between that year and 1938 she had twenty three film performances. Her biggest film during that period was in, Young Dr. Kildare, with Lionel Barrymore and Lew Ayres.

She finished that decade strong in 1939 with nine film roles, only three of which were uncredited.

The 1940s mirrored her success of the previous decade, with her performing in thirty seven films from 1940 to 1947.

Later, in her career, and over 60 years of age, she slowed her career for a time, not having another role until 1950 when she performed in, Nancy Goes to Rio, with Ann Sothern and Carmen Miranda.

She performed in another two films in 1952, then had her last film acting role in 1954, in the film, Sabrina with Humphrey Bogart and Audrey Hepburn. She retired after that role, having performed in one hundred and seventeen movies, settling in Los Angeles, where she was residing at the time of her death on March 22, 1971. 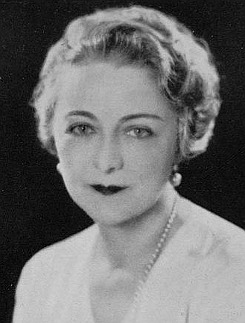 Email ThisBlogThis!Share to TwitterShare to FacebookShare to Pinterest
Labels: i love you again(1940), myrna loy, the 40s, william powell