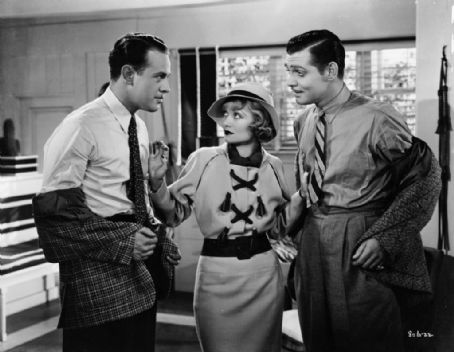 After Office Hours (1935). Is a film starring Clark Gable and Constance Bennett and directed by Robert Z. Leonard. The story is about Jim Branch, a news editor, who falls for Sharon Norwood, while trying to solve a murder. 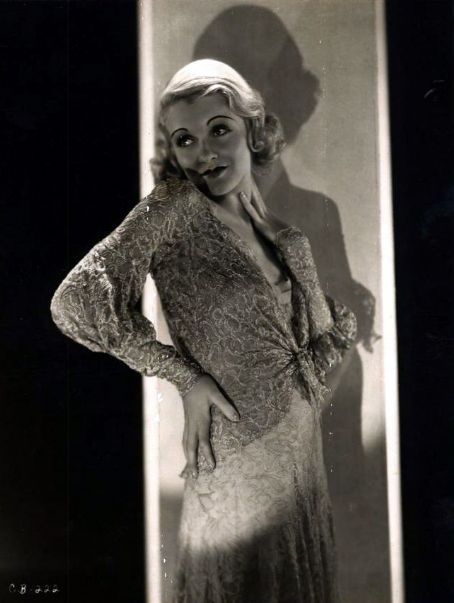 The film is thought to have set the standard for later family comedy films and TV sitcoms. Many critics believe that the film is based on the film, My Man Godfrey(1936), when it is really the re-make of the movie, What A Man(1930), based on the 1924 novel, The Dark Chapter. Merrily We Live, earned five Academy Award nominations.

The story begins when Butler Grosvenor, discovers at breakfast that the family silver has been stolen by Ambrose, who Emily Kilbourne has hired as chauffeur, off the street.

Emily, swears off taking in any more tramps. Until, a new tramp Wade Rawlins, comes into their life and is immediately taken in by Emily. All attempts to convince Emily to get rid of him are ignored.

The tramp, Rawlins, becomes the new chauffeur is set up in the servant's quarters. He is overheard talking to himself by the butler, who now thinks that he is crazy. Jerry and Marion, see that the tramp cleans up well and now looks like a gentleman.

Their father, Henry Kilbourne, tells Emily to get rid of the tramp by the next day.

Later that evening, the arrogant boyfriend makes a move on Jerry, who has misplaced her keys, and by the end of the evening of flirting back and forth, Jerry falls in love with Wade. To complicate matters Marion, has also developed a crush on Wade. The next day, Emily Kilbourne, despite her orders to get rid of Wade, trains him to be a footman at the important dinner party that evening for Senator Harlan.

That evening, the new chauffeur and now footman is accidentally invited to the important dinner party for Senator Harlan, who takes quite a liking to him, as does his daughter, Minerva.

The next morning, the family finds Wade sleeping in the guest room. It is impossible to throw him out, after they find out that he is now a confidante of Senator Harlan and that his daughter, has also fallen in love with him. Jerry, becomes very jealous, as she watches Minerva flirting with Wade later that morning.

After getting into an heated argument while making fudge with Jerry, Wade takes the rest of the day off to take care of some business. He has a strange encounter at the general store, where the assistant George, thinks he is a ghost.

Wade, still not home from town, by the time everyone has gone to bed, much to Jerry's disappointment after waiting up for him to apologize.

The next morning at breakfast, the newspaper reports his death in a car crash, much to the shock and heartbreak of the family. Eventually, Wade reappears, very much alive, to Jerry's relief. 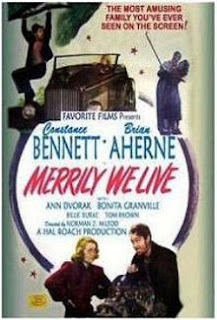 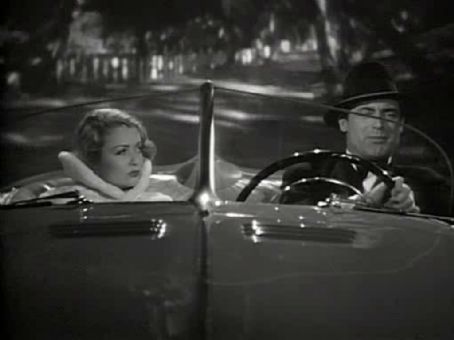 Topper (1937). Is a comedy film which tells the story of a stuffy, stuck-in-his-ways man who is haunted by the ghosts of a fun-loving married couple. The film was adapted by Eric Hatch, Jack Jevne and Eddie Moran from the novel by Thorne Smith.

Topper was a huge hit with film audiences in the summer of 1937 and Cary Grant had a percentage deal on the film. He made quite a bit of money on the successful film. Topper was followed by the sequels Topper Takes a Trip (1938)and Topper Returns (1941).

There was a television series, which premiered in 1953 and ran for two seasons, starring Leo G. Carroll, Robert Sterling and Anne Jeffreys.

In 1985, Topper was one of the first films to be re-released in color. 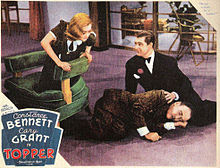 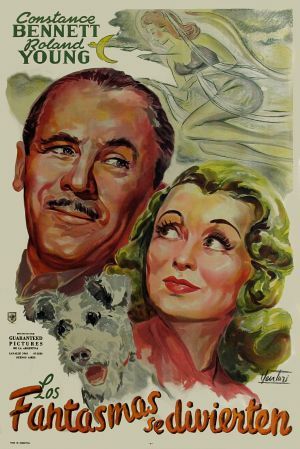 Topper Takes a Trip (1939). Is the film sequel of Topper (1937) Constance Bennett, Roland Young, Billie Burke and Alan Mowbray reprised their roles from the earlier movie; only Cary Grant was missing (other than in a few shots taken from Topper).

A ghost tries to reunite a couple who she had a hand in splitting up in the prior film. It was followed by another sequel, Topper Returns (1941). The film received one Academy Award in 1939 for Best Special Effects for Roy Seawright. 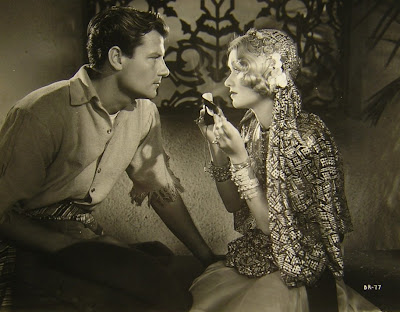 Bed of Roses (1933) is a Pre-Code comedy film released by RKO Radio Pictures. Constance Bennett and Pert Kelton (the original "Alice" in Jackie Gleason's The Honeymooners) are a pair f fun loving prostitutes who enjoy getting  male pursuers drunk before robbing them, at least until the girls are caught and thrown into jail.

The film is laced with witty dialogue as well as scenes that would never be allowed after the adoption of the Production Code in July 1934. The film also features Joel McCrea as the skipper of a small cotton boat who fishes Bennett's character out of the river after she's dived off a ship to escape capture. The movie was directed by Gregory LaCava. 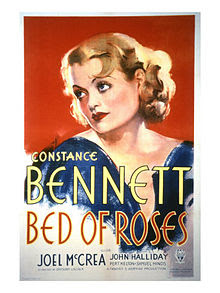 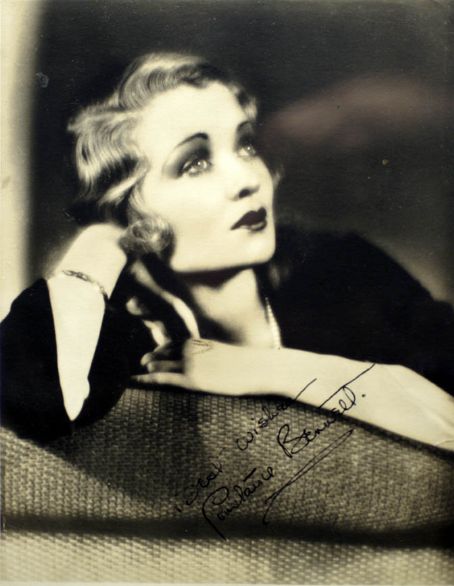