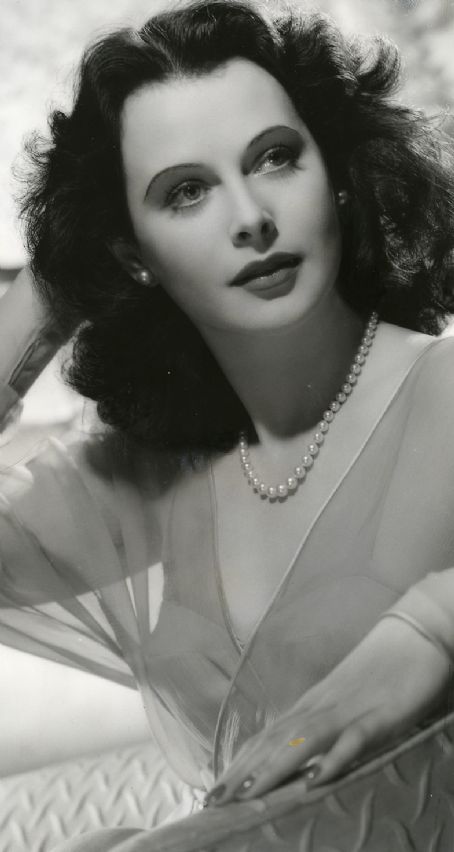 The story begins when, French diplomat David Talbot's marriage and his future plans to be Brazil's ambassador, are threaten after receiving an anonymous letter. Addressed to "Jean," which demands one million francs.

Later, David leaves a the money at the drop-off point, but.. when Carlos Le Duc, retrieves it, he is arrested.

At Le Duc trial, he testifies that the letter was only asking for money owed to him and that he knew David, when he was known as the criminal, Jean Pelletiel.

The next day, eccentric, kind hearted Dr. Tessier, testifies that David had been in a train wreck and suffers from amnesia.

Soon after.. his testimony is challenged by the well respected Dr. Dubroc, then singer Michele Allaine, who back ups Le Duc's story. Next, on the stand is, wine salesman Henri Sarrou, who says that he also knew Pelletier, before he died.

After De Luc's conviction, Sarrou comes to see David and demands one million francs. Sarrou says that he and Pelletier had been partners when Pelletier killed a man during a robbery, then disappeared with all the money. Sarrou, then tells him that Pelletier, has a powder burn on his hand. David, starts to make a call to the police when he sees the mark on his left hand and changing his mind. He now begins to suspect that he is... Pelletier.

The next day, Michele comes to see David and begs him for forgiveness and then warns him about Sarrou. He thinks she is part of the blackmailing scheme and threatens to turn her into the police. She then shows David a locket with a picture of the two of them together.

Later, Michele comes to see David and Lucienne and tries to show Lucienne the locket, but David stops her and tells his wife that Michele had come to apologize for what she said at the trial. Lucienne, begins to wonder what is really going on..

Soon, David receives a 1922 newspaper headline about the robbery. David then goes to see Michele at the night club where she is performing and confronts her, saying that he does not believe Sarrou's story and offers to pay them off. She angrily calls him a fake and tells him to go see Pelletier's mother, who was left penniless.

David goes to see Pelletier's mother, who says he resembles her son but, that is not her son. But, her odd behavior causes David, to believe that he could have been a thief and murderer in his past life.

The next day, Lucienne finds Tessier's address and goes to see him, saying that if David were Pelletier, she would still love him and would sell everything she has to pay Sarrou off.

The next day, Sarrou shows up at David's club, and tells him that Tessier came to see him. Sarrou then demands his money and says that David must bring it that night or the police will be contacted. David goes to Tessier, who tells him that his identity is only thing that matters.

David, goes into a travel agency and buys a single ticket to Saigon. That evening, David sends Lucienne, on ahead to a party at the home of Deval, saying that he has to help a colleague, but will join her later.

After she leaves, David gets a call from Sarrou, who knows about the ticket and threatens him. Meanwhile, at Michele's place, it is revealed that "Mme. Pelletier" is really De Luc's wife.

She leaves just before David arrives, who confesses to Sarrou that he does not have one million francs. Sarrou, suggests that they get the money from his office safe and make it look like a robbery.

Meanwhile, at Deval's, Lucienne sees the colleague with who David was supposed to be working and realizes that he lied to her. She leaves, seeing David and Sarrou, together on the street, she then follows them back to the office.

After David turns off the lights, Sarrou is able to sneak past the guard and take the money after David opens the safe. Lucienne, then arrives by cab and begs David not to go through with the plan, but Sarrou threatens them and orders that she tie David up. Just then, the police arrive and arrest them.

At police headquarters, David admits that he is Pelletier and, when Michele is brought in, he begs her and Sarrou to join him in confessing their past crimes. Is this a trick to bring out the truth or is he really Pelletier? 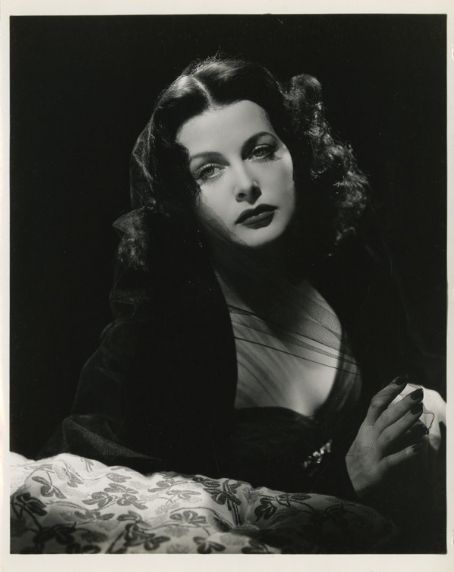 William Powell, plays a man who is very much in love with his wife and you will be hooked, as evidence begin to reveal, the possibility of his shady past. A must see for all William Powell and Hedy Lamarr fans. 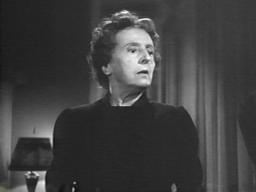 In 1929 at the advent of sound pictures she appeared in her second film, but first talkie, The Thirteenth Chair, based on the 1916 play by her husband in which she had starred. The film was directed by Tod Browning and was in the genre of mystery-old house melodrama.

Twelve years later, Wycherley appeared in Sergeant York in 1941. She was nominated for the Academy Award for Best Supporting Actress for the role of Mother York, though perhaps her best remembered screen role was as "Ma Jarrett", the mother of the psychopathic gangster Cody Jarrett, in White Heat (1949), which starred James Cagney.

Wycherly starred in several popular Broadway plays, including Tobacco Road, Random Harvest, Liliom, Six Characters in Search of an Author and The Thirteenth Chair (which role she reprised in the film of the same name).

Her other films include Keeper of the Flame, The Yearling, Forever Amber, The Man with a Cloak and Johnny Angel starring George Raft. 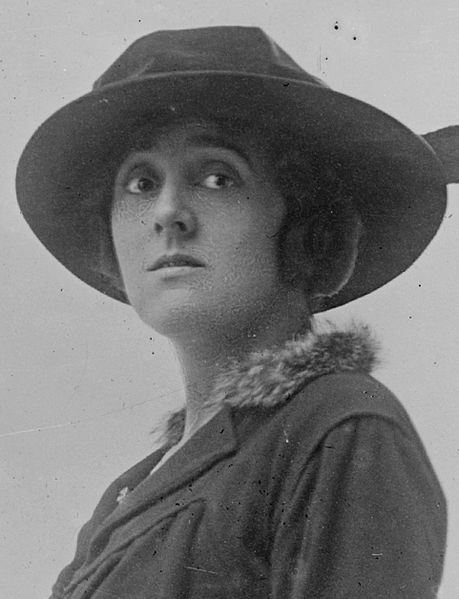