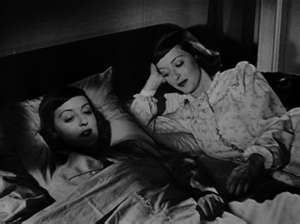 When painter Kate Bosworth, who has made plans to visit her cousin Freddie, misses her steamer boat, she manages to hitch a ride with Bill Emerson, on his motor boat. They make a quick stop to a small island to pick up Dragon Head lighthouse keeper, Eben Folger. Attracted to Bill, she quickly comes up with a plan to see him again. She talks Eben into posing for her by gifting him a ship in a bottle that he has always wanted.

One day, a heavy fog prevents Kate from leaving, which gives her the perfect opportunity to talk to Bill. Soon, they two have fallen in love, even though Bill, is getting ready to leave for a new job, he promises to return.

Kate has a twin sister Pat, who is also visiting the island, meets Bill on the dock and he mistakes her for Kate. Pat pretends to be her sister and has lunch with Bill. The truth comes out when Kate arrives, but later, learning that Bill is going to Boston, Pat follows him and they marry.

After returning to New York, Kate meets artist Karnock, who seems to have a chip on his shoulder accuses her of being a snob. Soon after, Bill comes to inform Kate that he is going to move to Chile. Kate, realizes that she is still in love with Bill and decides to return to the island where she is suprised to find her sister, Pat there, keeping her distance from her husband Bill.

The twin sisters decide to spend the afternoon together and go sailing, when a storm hits them, causing their boat to crash on a near by reef. Kate tries to save Pat from drowning, but she slips away leaving behind only her wedding ring. Kate, is rescued wearing the ring which leads everyone to believe that she is Pat.

After hearing the news Bill returns from Chile, Kate continues to pretend that she is Pat. When she learns that Bill wants to end the marriage, she begs him for another chance until she learns that Pat had many affairs and unable to face Bill. She makes plans to stay with Freddie, who already knows the truth. Will Kate have enough courage tell Bill her true identity? 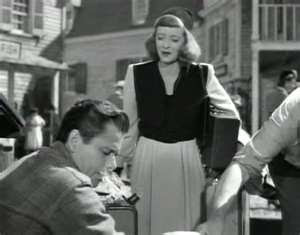 The film is very well written romantic story. The cinematography is absolutely beautiful and Bette played both sisters parts perfectly..

Because of her constant insistence for better productions to work on, and an overall better atmosphere on set, Jack L. Warner asked Bette Davis to produce the film. It would be the first and only time she would be able to do this. 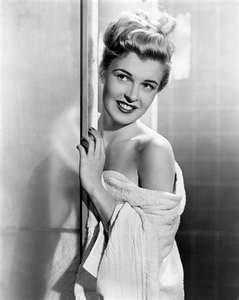 That same year, she performed in bit parts in the films: The Big Sleep and Humoresque with Joan Crawford.

Knudsen's career never really took off and she performed in many smaller roles in "B" movies. Her last film role was in, Istanbul(1957) with Errol Flynn.

In the 1950s and '60s, Knudsen performed in guest starring roles on several television shows including Alfred Hitchcock Presents, The Millionaire, Perry Mason and Pete and Gladys.

After performing in an episode of The Adventures of Ozzie & Harriet in 1965, Knudsen retired from acting.

Knudsen suffered from crippling arthritis for most of her later years and was cared for by her close friend, actress Jennifer Jones. 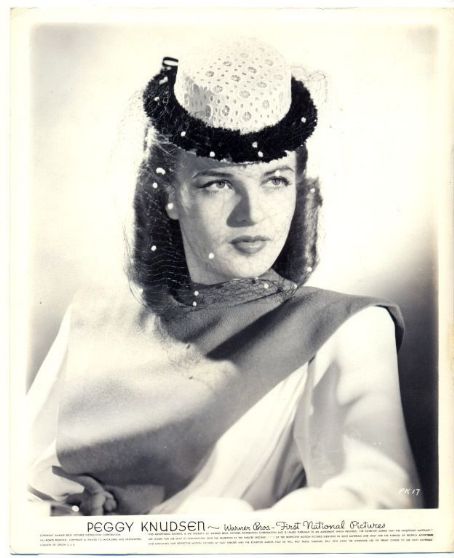