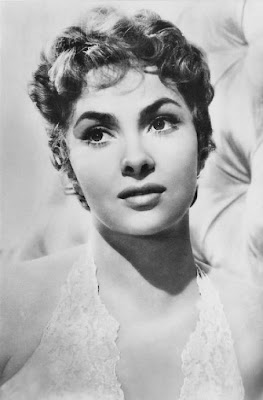 The trouble begins, when engineer Enrico, who works for the government, is sent to small a village to drain the swamps, to stop the spread of malaria. Cesare, is worried because he believes that the swamps hold the Grecian sculpture, but.. Enrico, continues on with his work and wants a girl named Marietta to work for him. Marietta's mother and sisters, who all work for Cesare, think that Marietta should take the job. When, Marietta meets Enrico she tells him that she will "be his wife not his slave". Which causes complications for everyone.

This gorgeous film is set in Sicily and all about power and sex. I wanted to watch this film because of, Gina Lollobrigida. I thought her performance was very.. well um.. sophisticated. I probably will never watch it again, because I never got into the story. The title of the film The Law, comes from a game that the men in the small village play. 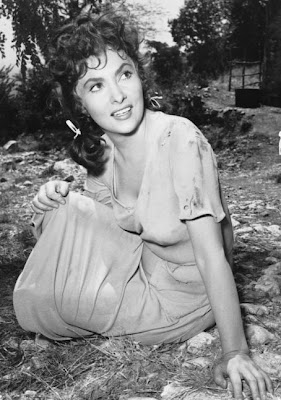 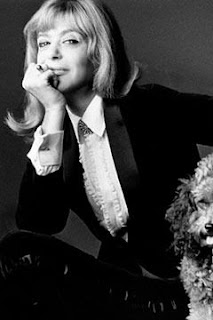 Melina Mercouri(18 October 1920, Athens, Greece – 6 March 1994). Her first movie was the Greek language film, Stella (1955). The film received praise at the 1956 Cannes Film Festival, where she met the American film director Jules Dassin, with whom she married in 1966. The next year she starred in, He Who Must Die and other films by Dassin such as, The Law (1959).

After her first major international success, she went on to star in Phaedra (1962), for which she was nominated again for the BAFTA Award and the Golden Globe Award for Best Actress in Motion Picture Drama. Her role in, Topkapi (1964)landed her one more nomination, this time for the Golden Globe Award for Best Actress in Motion Picture Musical or Comedy. Mercouri worked with other famous directors as well, such as Joseph Losey, Vittorio De Sica, Ronald Neame, Carl Foreman, Norman Jewison, and starred in film, The Uninhibited. She continued her stage career in the Greek production of, Sweet Bird of Youth (1960). In 1967, she played the leading role in Illya Darling (from 11 April 1967 to 13 January 1968) at Broadway, for which she was nominated for the Tony Award for Best Performance by a Leading Actress in a Musical, while her performance in, Promise at Dawn (1970) gave her another Golden Globe Award nomination.

She retired from film acting in 1978, when she played in her last film, A Dream of Passion, directed by her husband Jules Dassin. 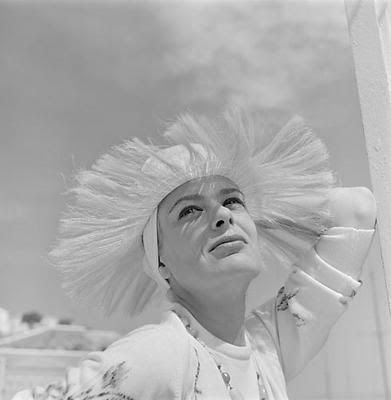 Email ThisBlogThis!Share to TwitterShare to FacebookShare to Pinterest
Labels: gina lollobrigida, the 60s, the law(1960)