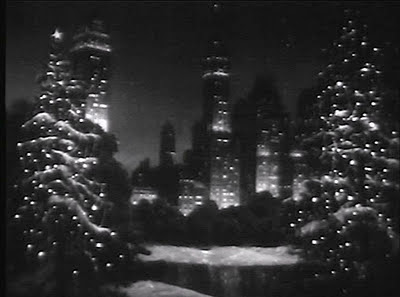 Three wealthy lonely elderly men, Michael O'Brien, Allan Chadwick and George Melton, are planning on Christmas Eve alone, after their Christmas guest cancel, when Michael suggests that they toss three wallets, out the window and ask who ever returns them to stay for dinner.

They give a beautiful mink coat, to their Russian housekeeper and friend, Madame Tanya, who is over come with their kindness..

George, is certain that no one would will return the wallets and just as they are about to begin to sit down to Christmas dinner. Down on his luck, Texan James Houston and clinic worker Jean Lawrence, both return the wallets. Jimmy and Jean, fall in love over dinner and soon spend all their time with Michael, Allan and George, until the three men tragically die in a plane crash.

After the accident, the three men return as ghosts, but only Madame Tanya, feel their presence. Michael has left Jimmy, some money with which he uses to launch his singing career. Because of the circumstances surrounding his inheritance, he attracts the attention of radio radio star, Arlene Terry. It is not long before Jimmy, begins to neglect Jean and makes plans with Arlene to go away for the weekend.

Arlene's jealous, husband fatally shoots Jimmy at the country inn. Jimmy is rushed to the hospital, where he dies on the operating table and now Jimmy, is able to see Michael. Jimmy, realizes that he has made a terrible mistake and Michael asks God to give Jimmy another chance. Will Jimmy receive another chance and will Michael go on to be with his son in heaven ?

This is an extremely enjoyable movie to add to your Christmas treasured list of films. You will need the whole box of Kleenex for this Christmas classic. 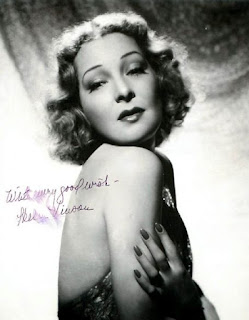 Helen Vinson (September 17, 1907 – October 7, 1999). Vinson was often featured in roles in which she played the part of the other woman or (pre-Code). Her first film role was in, Jewel Robbery (1932), which starred William Powell and Kay Francis. She performed as Doris Dulafield in, The Kennel Murder Case, which starred Powell. One of her memorable roles was in, The Wedding Night (1935). She played the wife of Gary Cooper and the rival of Anna Sten, in a story about the Connecticut tobacco fields. Another performance was in the film, In Name Only (1939), in which she was cast as the treacherous friend of Carole Lombard, Kay Francis and Cary Grant. Another well known role for Vinson was as an undercover federal agent posing as a femme fatale in the film, Enemy Agent (1940). She followed that role with the role of Helen Draque in, The Thin Man Goes Home. 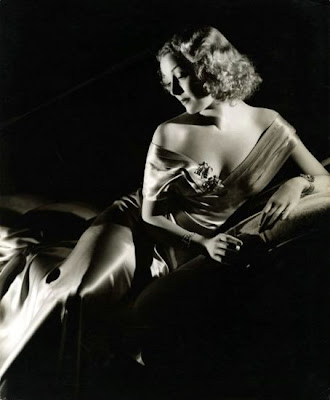 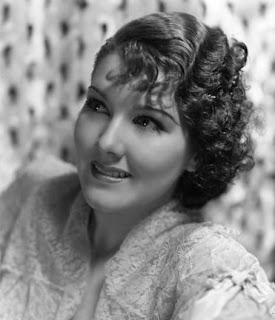 She performed in important roles such as Beth in the original, Little Women, she also performed in the films, Lady for a Day and Gabriel Over the White House, Sequoia, Limehouse Blues, The Ghost Goes West, Rasputin and the Empress, with the Barrymore siblings (John, Ethel, and Lionel) in the only movie they all made together. In 1939, she starred opposite Stan Laurel and Oliver Hardy in, The Flying Deuces.

In the 40s, she performed in the film, Dead Man's Eyes. Parker managed her own airport and flying service with then-husband Doug Dawson in Palm Springs, California until shortly after the start of World War II. During the war, she toured many of the veteran hospitals throughout the U.S. In the 1950s, Parker co-starred opposite Edward G. Robinson in, Black Tuesday, had a small role in, The Gunfighter and performed in another western, Lawless Street (1955). Her last film performance was in, Apache Uprising (1966). 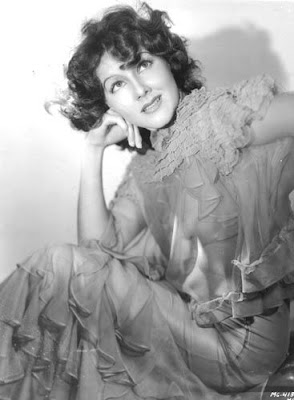