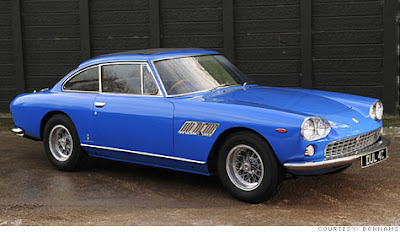 John Lennon received his first driver's license in 1965, by this time the Beatles, were world famous. Within hours, high-end luxury car dealers were outside Lennon's home in England, with cars including Jaguars, Maseratis and Aston Martins, according to Bonhams. Lennon chose the Ferrari.

He owned the Ferrari for only a few months before selling it. By that time, he had already purchased a Rolls-Royce limousine which he had painted in a psychedelic color scheme. He also owned a Mini Cooper at the time.

One of Lennon's last cars, a 1972 Chrysler Town and Country station wagon used in New York City. The car was said to be Lennon's favorite because it allowed him to travel unrecognized. 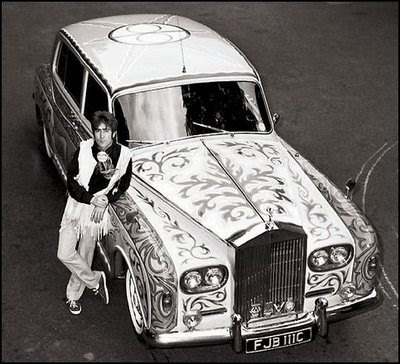 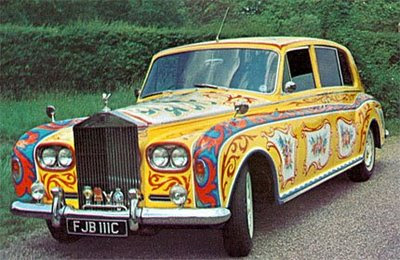 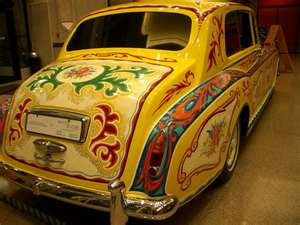 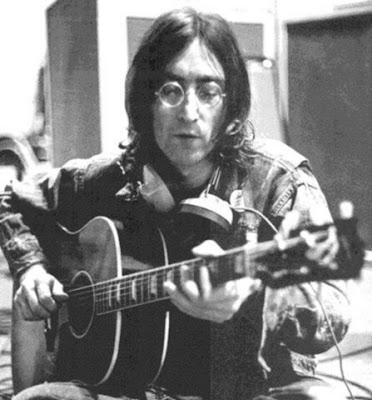