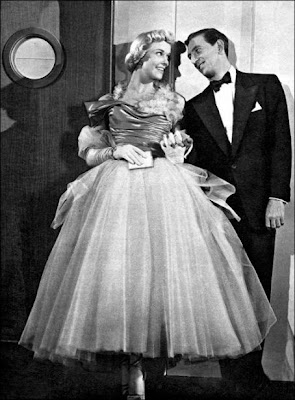 April in Paris(1952), directed by David Butler. Is a musical film starring Doris Day and Ray Bolger. The story begins when chorus girl Miss Ethel 'Dynamite' Jackson, mistakenly receives an invitation from the State Department to represent the American theatre at an arts exposition in Paris, France. Unfortunately, the invitation was really meant for, Miss Ethel Barrymore. Winthrop Putnam, who sent the invitation tries to correct his mistake. That is when the adventure begins.

I loved the dance routines: "I'm Gonna Ring the Bell Tonight" and the political-themed dance with former Presidents' paintings, coming to life to dance.

The highlight of the film is when Doris Day sings, "April in Paris". 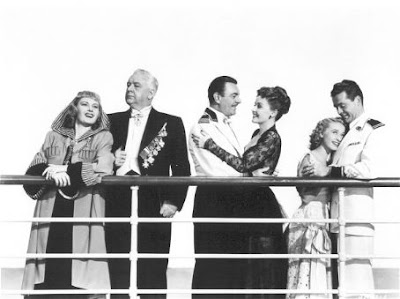 You will love Jane Powell, in in the entertaining film, Luxury Liner(1948). She is so bubbly and cute. George Brent, plays the captain of the ship and her father. Jane, wants to be with her father and she ends up as a stowaway aboard his the ship. That is when the real trouble begins. 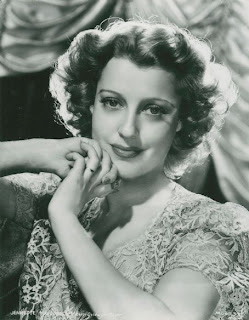 New Moon(1940). Musical, directed by Robert Z. Leonard, was the sixth of eight musical films pairing Jeanette MacDonald and Nelson Eddy. It is a very charming movie and you will remember the songs forever. The story begins when Marianne de Beaumaniour, who is on her way to New Orleans from Paris to check out the plantation she inherited from her uncle. On board ship she meets Charles, Duc de Villiers, a political enemy of the king. Charles is bought by Marianne's plantation manager. Marianne soon learns of Charles', true-identity and she sets him free. Marianne, decides to sail back to Paris with the Police Captain on the ship, 'New Moon', but, they must first stop at Martinique. After Martinique, the ship is attacked by pirates. Marianne is shocked to see that Charles is the leader. That night, they are hit by a fierce storm and everyone is ship-wrecked. Now, that Charles is the leader you will have to see what happens next... 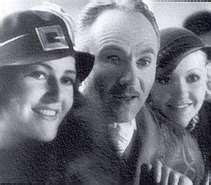 Melody Cruise(1933). A bachelor millionaire, on a cruise is protected by a friend from a bunch of Gold diggers.. There are many great one-liners, sexual innuendos and great moments. It borders on being a musical, you will also love the great choreography. 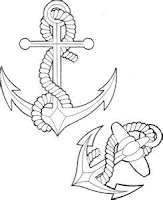 Email ThisBlogThis!Share to TwitterShare to FacebookShare to Pinterest
Labels: all aboard, and the ship sails on(1983), luxury liner(1948), melody cruise(1933), new moon(1940)