Actress: Charlize Theron, my pick for the Marilyn Monroe Movie. 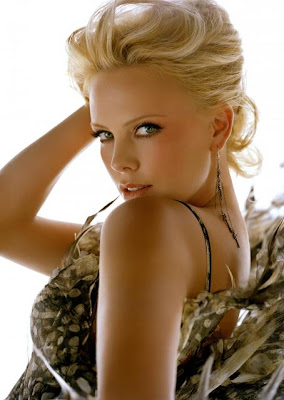 No disrespect to Michelle Williams, but in my opinion.. I would have loved to have seen Charlize Theron, get the part in the new movie.. My Week With Marilyn Monroe. I think that she looks more like, Marilyn Monroe.

Charlize Theron(born 7 August 1975). At the age of sixteen, Theron travelled to Milan after winning a local competition. She went to New York with Pauline's Model Management. After her one year contract ended, she attended the Joffrey Ballet School, where she trained as a ballet dancer. A knee injury ended her career at 19.

After which, Theron flew to Los Angeles on a one-way ticket. Soon after, she went to a bank to cash a cheque her mother had sent her, the teller refused to cash it. After getting into a shouting match with her, a talent agent in line behind her handed her his business card and introduced her to some casting agents and got her into acting school.

After several months, she was cast in a non-speaking role in the film, Children of the Corn III (1995). Her first speaking role was in the film, 2 Days in the Valley. Larger roles films followed, The Devil's Advocate (1997), Mighty Joe Young (1998), and The Cider House Rules (1999). She was on the cover of the January 1999 issue of Vanity Fair as the "White Hot Venus". 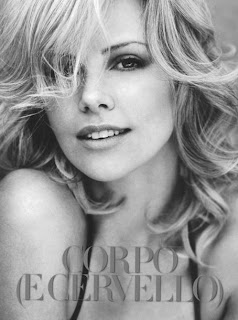 Theron, later starred as the serial killer in the film, Monster (2003). Film critic Roger Ebert called it "one of the greatest performances in the history of the cinema". For this role, Theron won the Academy Award for Best Actress at the 76th Academy Awards in February 2004,as well as the SAG Award and the Golden Globe Award.She is the first South African to win an Oscar for Best Actress.

On 30 September 2005, Theron received her star on the Hollywood Walk of Fame. In the same year, she starred in the science fiction thriller, Æon Flux. Theron received Best Actress Academy Award and Golden Globe nominations for her performance in the drama, North Country.

In 2005 Theron portrayed Rita, in the television series, Arrested Development. She also received Golden Globe and Emmy nominations for her role in the 2004 HBO film, The Life and Death of Peter Sellers.

In 2008, she also starred in the film, Hancock and in late 2008 she was asked to be a UN Messenger of Peace by the UN Secretary General Ban Ki-Moon.

In October 2009, Theron was cast to star in a sequel to the Mad Max films, titled Mad Max: Road Fury, which filmed at Broken Hill in New South Wales, Australia in late 2010. Theron has been cast in the role of the Wicked Queen in Snow White and the Huntsman.

Email ThisBlogThis!Share to TwitterShare to FacebookShare to Pinterest
Labels: battle of the blondes, charlize theron, looks like, marilyn monroe