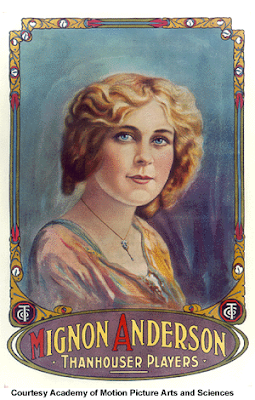 A tiny woman who was as unworldly as many of the ingénues she had played at Thanhouser, Mignon Anderson was one of the top stars of the pioneering Thanhouser Film Corporation in New Rochelle, New York, in the early teen years. 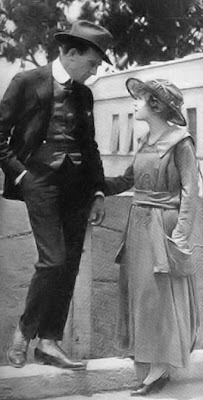 Mignon was born into a theatrical family in Baltimore, Maryland, on March 31, 1892. Her father, Frank Anderson was prominent on stage until his death in 1914, and he found roles for his daughter with a number of legendary theatre personalities. Mignon started as an artist’s model, and met people who were working in the picture business. She was eventually invited to go to the Thanhouser Company and meet theatrical entrepreneur Edwin Thanhouser. Mignon’s screen career began at Thanhouser in “Robert Emmett” (1911). Thanhouser advertised Mignon as “The Second Mary Pickford” and she was put under contract for six years. Mignon’s most memorable film for Thanhouser was “The Mill on The Floss” (1915). 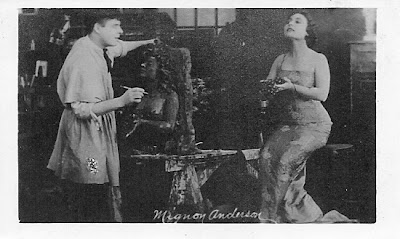 In 1916, Mignon married a fellow Thanhouser player, Morris Foster, and the couple left the studio to join Ivan Productions, created by Ivan Abramson. Abramson specialized in exploitation films, and Mignon starred for him in “The City of Illusion” (1916). In January 1917, Mignon moved on to Universal, where she worked with several directors, including two of its most prominent female filmmakers, Lois Weber, whom she starred for in “Even As You and I” and Ida May Park. By 1918, Mignon had left Universal, and for the remainder of her relatively short film career she worked as a freelance player. Her last screen appearance was “Kisses” (1922) for Metro. Mignon died on February 25, 1983. She was 90 years old.

Although largely forgotten today, Mignon Anderson was another pioneer actress that made a significant contribution to early American cinema.
Posted by Silentfilmfanatic at 2:37 PM