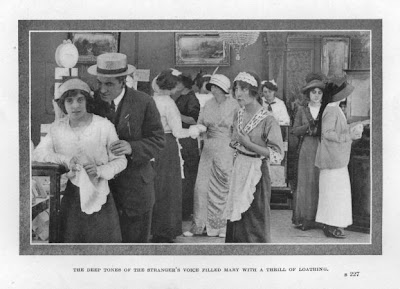 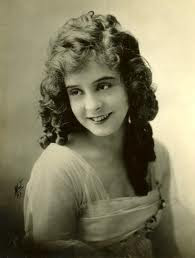 Winsome and diminutive, Ethel Grandin was among the first and most popular of the early screen stars. Born in New York City on March 3, 1894, Ethel had gone on stage in 1900, and appeared with Joseph Jefferson in “Rip Van Winkle.” In 1910, with her mother, Ethel went down to the American Biograph studio and was interviewed by D.W. Griffith. When the director pulled up Ethel’s dress and inspected her legs, she began to pout and sulk. Griffith explained to Ethel that he wanted to make sure she did not have bowlegs. Griffith’s behavior outraged Ethel so much that she refused to return to the studio the next day. Instead, Ethel and her mother went to Carl Laemmle’s IMP Company and was seen by Thomas H. Ince. Mary Pickford was about to leave the company, and Ince saw something of a similarity between Ethel and Mary, although she lacked the latter’s personality. Coincidentally, Ethel played Mary’s sister in IMP’s “The Toss of the Coin” (1911). 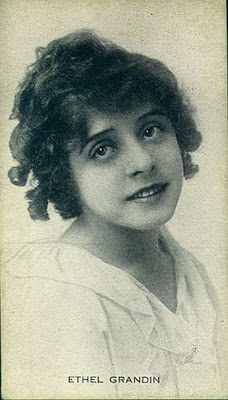 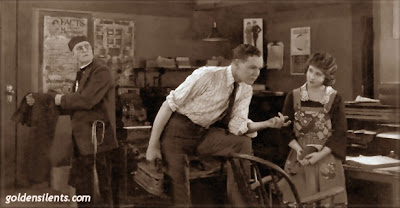 When Ince decided to enter independent production with the New York Motion Picture Company, he invited Ethel to come to California with him as his leading lady. Also in the group was cinematographer Ray Smallwood, who would later become a director and whom Ethel married in 1912. In 1913, Carl Laemmle asked Ethel to return to his company, along with her husband Ray Smallwood. Ethel was the company’s leading star, billed as “The Imp of the Imp Company.” For Laemmle, Ethel starred in both Western and comedy shorts, and she played the title role in IMP’s two-reel adaptation of “Jane Eyre” (1914).

Ethel also starred with Matt Moore and Jane Gail in George Loane Tucker’s production of “Traffic in Souls” (1913), a melodrama of white slavery, produced in secrecy without Laemmle’s approval. The total budget of the film was less than $6,000, raised by Tucker, director Herbert Brenon and others. Aside from the white slavery theme and what that implies, there is nothing sexual in the film.

“Traffic in Souls” (1913) is important as one of America’s first feature-length productions and for its semi-documentary quality with exteriors on the streets of New York City and for an innovative panoramic shot. In 1914, Ethel and Smallwood left Laemmle and formed their own production company, the Smallwood Film Corporation, operating out of a rental studio at Central Park West and Amsterdam Avenue in New York City. The company was relatively short-lived, and in 1915, Ethel retired from the screen in order to take care of her infant son. When Smallwood was hired by Metro to head its camera department, Ethel came with him back to Los Angeles. Smallwood turned to direction in the early 1920’s, and Ethel returned briefly to the screen with “Garments of Truth” (1921), “The Hunch” (1921), and “A Tailor-Made Man” (1922).

As the years progressed, Ethel lost the ability to speak. It was as if she had literally regressed to being once again a silent star. Ethel died on September 27, 1988. She was 94 years old. Even though Ethel Grandin is largely forgotten today, her most notable film, “Traffic in Souls” (1913) is available on dvd and it’s worth a look.
Posted by Silentfilmfanatic at 5:26 PM