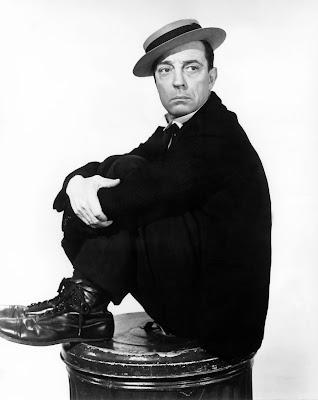 Keaton, has two stars on the Hollywood Walk of Fame: One for motion pictures and one for television. 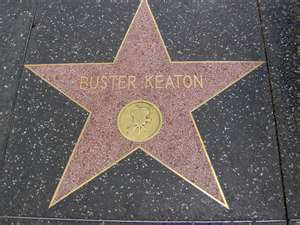 In 1994, caricaturist Al Hirschfeld penned a series of silent film stars for the United States Post Office, including, Keaton. 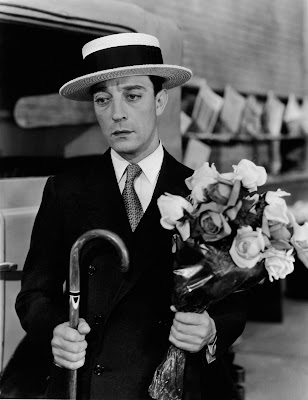 Keaton, was famous for wearing a "pork pie hat". He started with a Stetson hat and cut it down, stiffening the brim with concentrated sugar water. The hats were often destroyed during Keaton's performances, some were given away as gifts and some were stolen by souvenir hunters. Keaton said he was lucky if he used only six hats while making a film. 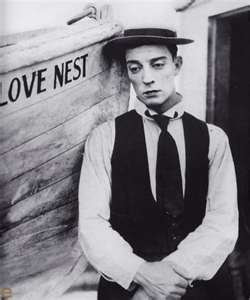 To celebrate Halloween, Buster Keaton style, The Haunted House (1921). The short comedy was written and directed by Keaton and Edward F. Cline. 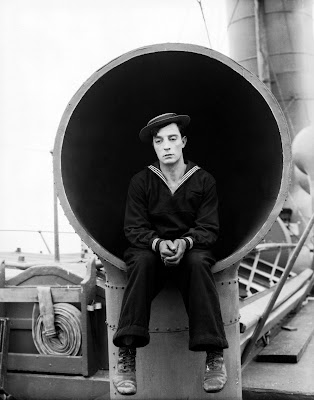 So ends our journey through Buster Keaton's amazing film career. Like his performances, his life had many ups and downs, but.. as it seems he always landed on his own two feet. I hope that you enjoyed reading this series as much as I enjoyed sharing it with you...

While Blog surfing, I noticed Mythical Monkey, has a wonderful post about Buster Keaton. Please stop by and check out Mythical Monkey.blogspot.com silent Oscar's-1917 part-four review.

Not long ago a friend asked me what was the greatest pleasure I got from spending my whole life as an actor. There have been so many that I had to think about that for a moment. Then I said, "Like everyone else, I like to be with a happy crowd." 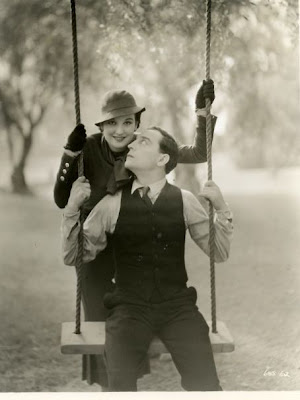