A Night At The Ballet. 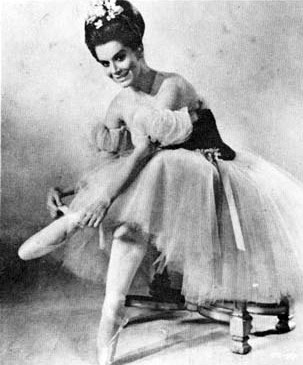 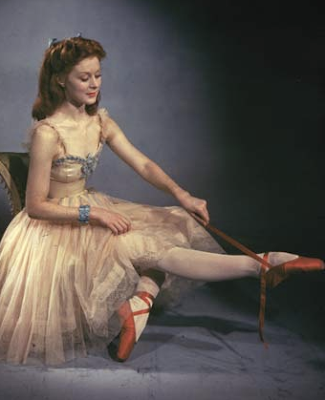 The Red Shoes(1948). A British film about a ballet dancer, written, directed and produced Michael Powell and Emeric Pressburger. The movie uses the story within a story theme, starting out with a ballerina who joins a ballet company and becomes the lead dancer in a new ballet called, The Red Shoes, is based on the fairy tale "The Red Shoes" by Hans Christian Andersen. The film stars Moira Shearer, Anton Walbrook and Marius Goring and features Robert Helpmann, Léonide Massine and Ludmilla Tchérina, well known dancers, as well as Esmond Knight and Albert Basserman. The music is by Brian Easdale and cinematography by Jack Cardiff. Filmmakers such as Brian De Palma and Martin Scorsese have named it one of their all time favorite films.
The Red Shoes, movie review. 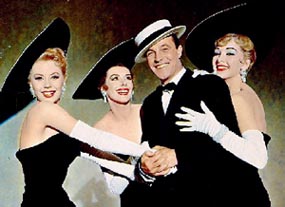 Invitation to the Dance(1956). Film about three different stories, all starring and directed by Gene Kelly.

The film is unusual in that the characters performed their roles through dance and mime. Kelly performs in all three stories, which feature dancers: Tommy Rall, Igor Youskevitch, Tamara Toumanova and Carol Haney.

The first segment, "Circus", set to original music composed for the film by Jacques Ibert, a tragic love triangle set sometime in the past. Kelly plays a clown, who is in love with another circus performer, played by Claire Sombert. She, however, is in love with an aerialist, played by Youskevitch.

The third segment, "Sinbad the Sailor", is a fantasy with live performances and Hanna–Barbera-cartoons. Kelly, plays a sailor who sold a magic lantern. This puts him up against cartoon villains and falling in love with a cartoon harem girl. This segment includes dance sequences showing a live Kelly dancing with cartoon characters. 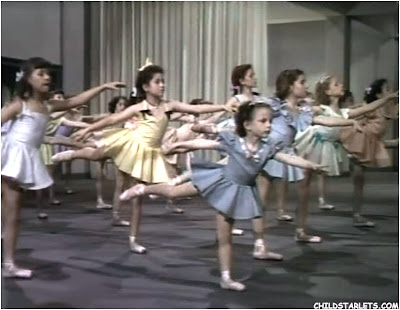 A young ballet student named Meg, idolizes the school's top ballerina, Ariane Bouchet. Meg is very unhappy when she learns visiting ballerina Darina, will play the lead in the school's production of "Swan Lake." So on opening night, Meg plans an accident which nearly kills Darina and ends her dancing career. As a result, Bouchet becomes a star, while Meg is torn with guilt.

Is a movie about a young dance student, Rose Souris, who idolizes the star of the ballet, Miss Beaupre, and will do anything for her. When rival ballerina, the Russian Nathalie Karine, lands the role. Beaupre arranges an accident. Rose regrets her decision when it looks like Karine will never be able to dance again. 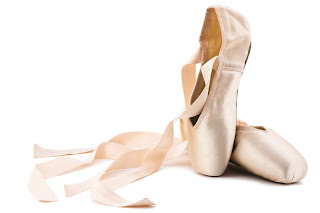 Email ThisBlogThis!Share to TwitterShare to FacebookShare to Pinterest
Labels: a night at the ballet