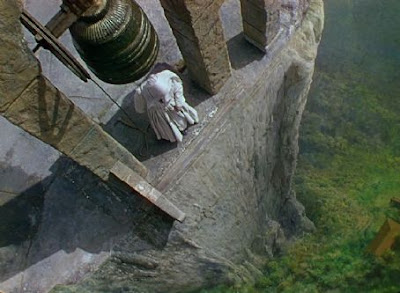 Black Narcissus(1947). British director-writer team of Michael Powell and Emeric Pressburger, based on the novel of the same name by Rumer Godden. It is a psychological drama about the emotional problems that happen within a convent of nuns in a Himalayan valley. Cast: Deborah Kerr, Sabu, David Farrar and Flora Robson, and features Esmond Knight, Jean Simmons and Kathleen Byron. 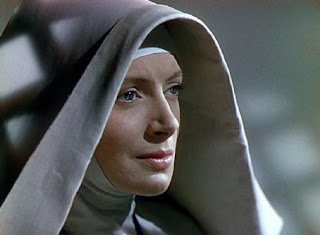 A group of nuns, headed by the young and inexperienced Sister Clodagh, is sent to the Himalayas to open a convent with a school and a clinic. They live in a beautiful palace. 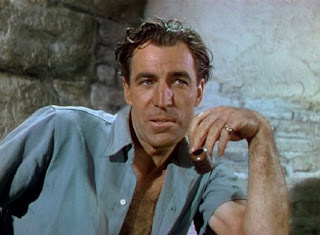 Sister Clodagh arrives with Sister Briony, picked for her strength; Sister Philippa, for her gardening skills; Sister Honey, the most popular nun; and Sister Ruth, who is in poor health and wants a challenge. Having trouble communicating with the people, the Sisters must rely on the manager, Mr. Dean, an Englishman. Sister Clodagh takes in Kanchi, an Indian girl turned away from her family, and the Young General, looking for an education. The high altitude has ill effects on their memories and even for one nun, madness. 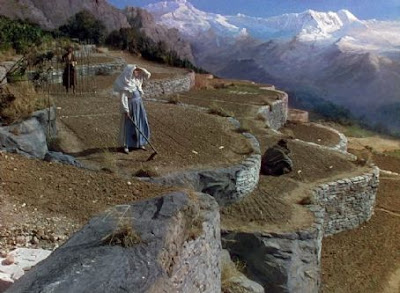 This film is one of the most beautifully photographed color movies I have seen. The most stunning scenes happens near the end of the movie. Ruth's mental disintegration is very sad and her change in appearance will take your breath away. (bottom picture). 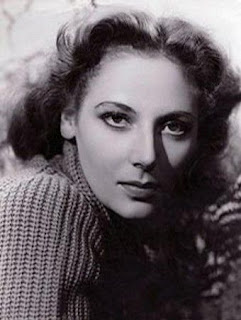 She was best known for her roles in the films: A Matter of Life and Death (1946), The Small Back Room (1949)and Black Narcissus (1947). Byron was romantically linked with Michael Powell around the time the film was made; he was named as co-respondent when she was divorced in 1950.

Her success in Black Narcissus led her to Hollywood, which resulted with a supporting role in Young Bess (1953). Her later roles were mostly in B-movies. 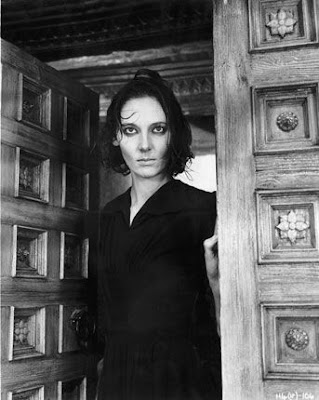