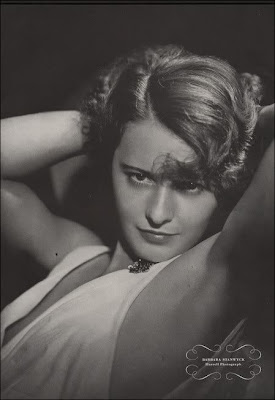 The Two Mrs. Carrolls(1947). Noir. Directed by Peter Godfrey and produced by Mark Hellinger, with Jack L. Warner as executive producer, from a screenplay by Thomas Job based on the play by Martin Vale. Cast: Humphrey Bogart, Barbara Stanwyck and Alexis Smith with Nigel Bruce.

While on vacation in Scotland, Sally Morton meets and falls in love with painter Geoffrey Carroll, but is heartbroken when she finds out that he has an invalid wife and a daughter. Back home, Geoffrey come up with a plan to get rid of his wife, using another name, buys poison. Then sends his daughter Beatrice, away to school and takes over the care of his wife.

Two years after the death of Geoffrey's wife, he and Sally have been married a year and live with Bea. Geoffrey's paints a beautiful portrait of his first wife which he calls.. "Death". Things are not going well in his studio and he is not very happy when Charles Pennington, Sally's former fiancee visits with Mrs. Latham and her daughter Cecily, who wants him to paint her portrait.

Geoffrey needs the money to pay Blagdon's blackmail demands, agrees to do the work and begins an affair with Cecily.

Later when Sally, becomes ill, Dr. Tuttle believes her symptoms is a bad case of nervous. Geoffrey, begins making plans to send Bea back to boarding school and he has begun to paint a new painting, which he refuses to let Sally near the studio.

Geoffrey then travels to London to meet Blagdon, who has demanded another payment. While he is gone, Sally, who knows about his affair with Cecily, finds Bea packing for school, where she learns that she was also sent to school before her mother died. Sally now suspects that Geoffrey is trying to kill her. Will he succeed with his plans or will Sally out smart him?

The story is very interesting even though it has a few odd moments. A perfect movie, for the Bogart fans, who want to see him in a role that is a little different. 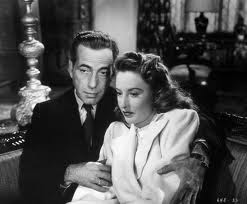 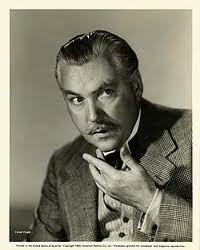 Nigel Bruce (4 February 1895 – 8 October 1953), was a British character actor on stage and screen. He was best known for his portrayal of Doctor Watson in a series of films and in the radio series The New Adventures of Sherlock Holmes (starring Basil Rathbone as Sherlock Holmes). Bruce is also remembered for his roles in the Alfred Hitchcock films Rebecca and Suspicion.