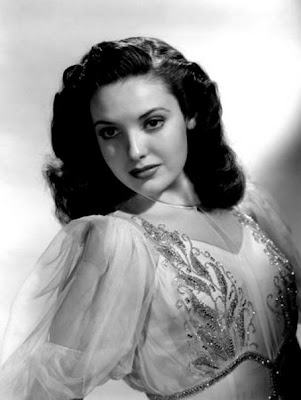 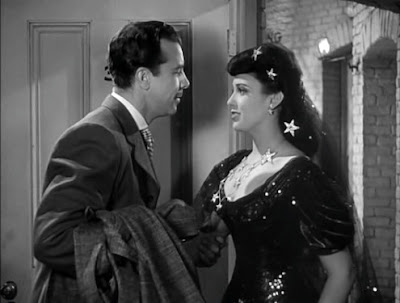 On Larry and Sylvia's golden wedding anniversary, they get into an argument about Larry's wish to publish his story that happened over fifty years ago:

Larry, the obituary writer had just been promoted to reporter and makes a wish to give ten years of his life in exchange for knowing tomorrow's events. The paper's librarian Pop Benson, warns him that it can be dangerous to know the future. After leaving the office, Larry and his drinking buddies sees a poster promoting Oscar Cigolini, the fortune-teller and his niece, Sylvia Smith, and they all decide to see the show, where Larry meets and invites Sylvia on a date, during the performance.

Later that evening, as Larry passes the Evening News office, Pop, hands Larry a copy of tomorrows paper and then quickly disappears.

Later Larry, is taken by surprise when he reads the story about a robbery at the opera house that afternoon, and realizes that the paper he is holding in his hands, is forecasting the day's events. He then asks, his editor, to allow him to cover the concert. Larry, invites Sylvia to join him. As they listen to the performance, the box office is robbed and Larry goes to the paper with his story. Gordon, at first does not believe Larry, until Inspector Mulrooney, confirms the theft.

Soon Mulrooney, becomes suspicious of Larry's knowledge of the robbery and arrests him. Sylvia, tells him that it was she that predicted the crime. Mulrooney, decides to take Sylvia back to the theater and asks her to make another prediction during her performance. This brings more problems than fortune...

Video: In this scene after Sylvia jumps in the water,(because of one of her predictions ).. and Larry takes her to his apartment, where he lends her dry clothes.

This is a fun film, with an interesting story and wonderful characters, showing what happens when you know what happens in the future.. which influences the characters.. Dick Powell and Linda Darnell work well together and Jack Oakie, plays the uncle of Darnell's character and he also has some good scenes. 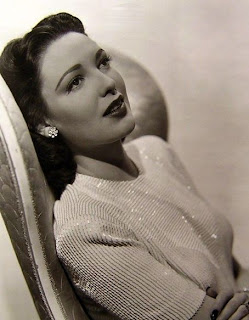 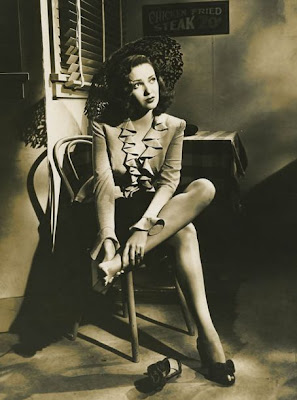 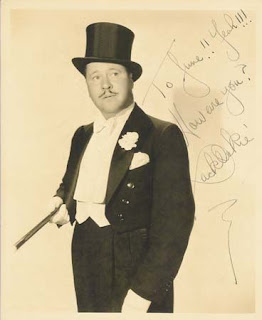 In the film, Too Much Harmony (1933), the part of Oakie's on-screen mother was played by his real mother Mary Evelyn Offield. During the 1930s he was known as "The World's Oldest Freshman", because of his many performances in films with a collegiate theme. He was also known for refusing to wear screen make-up of any kind, and the frequent use of double-take in his comedy.

Oakie is best known for his performance in, Charlie Chaplin's, The Great Dictator (1940), for which he received an Oscar nomination for the Best Supporting Actor Award.
Posted by Dawn at 6:10 AM