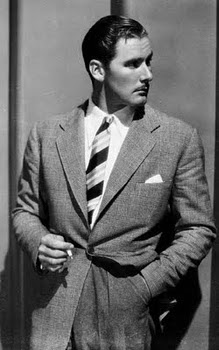 Footsteps in the Dark(1941).Mystery film based on the play Blondie White. Cast: Errol Flynn and Brenda Marshall.

The story begins when investment councilor Francis Warren, secretly writes detective novels under the name,F. X. Pettibone. Later, Francis has an appointment with Leopold Fissue, who wants to convert his uncut diamonds to cash. Francis refuses, until Fissue threatens to expose his secret life, so Francis agrees to meet Fissue later that evening. As luck would have it, the two never meet. Fissue's body is found on his yacht, Francis, convinced that Fissue was murdered for his diamonds. Theater tickets leads Francis to burlesque dancer Blondie White. Francis believes that Blondie murdered Fissue, but she has an alibi at the time of the murder.

Francis decides to take Blondie dancing as part of his investigation and is seen by his wife Rita's friends. Now, Rita believes that Francis is having an affair and hires a private investigator. Blondie tells Francis that she must leave town to escape her ex-husband, Ace Vernon, and asks him for money. When Blondie does not show up, Francis goes to her apartment, where the police, learn that Fissue was involved in a diamond smuggling ring, have found her body. Francis, joins up with the police to help solve the crimes.

Flynn had a gift for suspense. Flynn and Marshall, were good together to bad there was no further sequels. 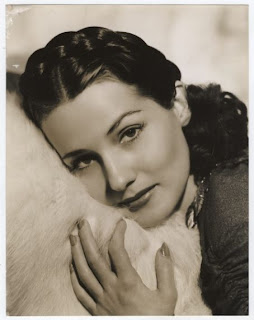 Brenda Marshall (September 29, 1915 – July 30, 1992). Marshall made her first film performance in the 1939 Espionage Agent (1939). The following year, she performed with Errol Flynn in, The Sea Hawk. After divorcing actor Richard Gaines in 1940, she married the actor William Holden in 1941 and her own career quickly slowed. She starred opposite James Cagney in the film, Captains of the Clouds (1942). The Constant Nymph (1943). She performed in only four more films. 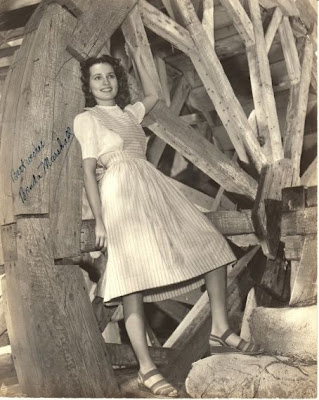 Email ThisBlogThis!Share to TwitterShare to FacebookShare to Pinterest
Labels: brenda marshall, errol flynn, footsteps in the dark (1941), the 40s