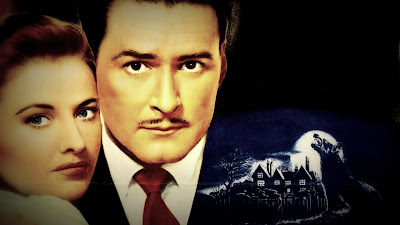 Cry Wolf(1947). Mystery. Cast: Errol Flynn and Barbara Stanwyck, based on the novel of the same name by Marjorie Carleton.

The story begins when, Sandra Marshall, learns her husband James Demarest has died and she tells his uncle, Mark Caldwell, that they were secretly married. Sandra tells Mark, she knows the conditions of Jim's mother's will: Jim's money was to be held in trust until he reached thirty or until he married. She married Jim for his money which she needed to finish her education and was to divorce him 6 months later. He died before the 6 months was up, and now Sandra may inherit two million dollars.

Later, Sandra meets Jim's sister Julie, who is not happy that Mark read a letter addressed to her from Ronnie Manning, the boy she loves. Sandra, is surprised to learn that Jim died of pneumonia and that Mark will not let Julie leave the estate.

That night, Julie runs into Sandra's room, frightened by the sound of screams coming from Mark's laboratory. She, then hears the cries herself.

The next morning, Julie tells Mark about the sounds, but does not mention her visit to Sandra's room. Mark, says that he does not believe her.

Sandra later visits Jim's room, where she notices that his pipes and clothes are missing and Julie becomes upset thinking that her brother might still be alive. When Mark hears this, he locks Julie in her room and tells Sandra to leave her alone.

That night, Sandra eavesdrops on a conversation between Mark and a servant, about the lodge at Three Hills, when she hears a woman's scream. Julie has fallen to her death from her window.

After Julie's funeral, Sandra, is determined to learn the truth, takes a horseback ride to the lodge at Three Hills. Where she finds out that Jim is still alive and he tells her that he will escape and meet her at the house.

Back at the house, Sandra confronts Mark with the fact that Jim is still alive and he tells her that Jim is being kept a prisoner because he killed a man in a fight, a scandal that would have ended the political career of Mark's brother Charles. Jim, now has reached the house and the truth will be known.. 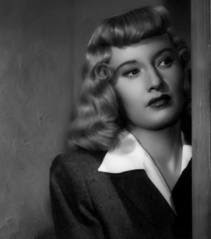 I was really looking forward to watching this very suspenseful film, Cry Wolf. Stanwyck, does some very amazing stunts as she rides up and down in a dumbwaiter, rides horses, falls off of a horse, jumps a horse over a fence. Not one of Flynn's best performances, but still very enjoyable. Basehart, is so young he's hard to recognize. 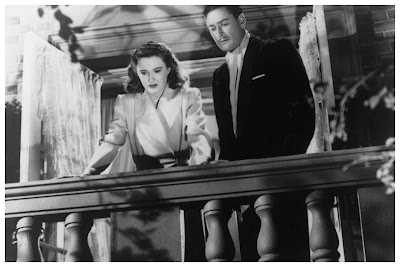 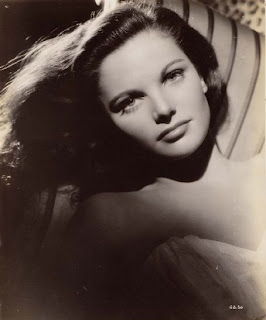 Geraldine Brooks (born October 29, 1925 – June 19, 1977). Geraldine's father was owner-manager of the Brooks theatrical costume concern and her mother, Bianca, was a stylist and designer of costumes.

One of her Aunts, was a singer at the Metropolitan Opera and another Aunt was as a showgirl with the Ziegfeld Follies. Her older sister, Gloria, was an actress.

Geraldine, took dancing classes and attended all-girls' Hunter Modeling School and graduated in 1942 from Julia Richman High School, where she was president of the drama club.

Geraldine Stroock, studied at the American Academy of Dramatic Arts, the Neighborhood Playhouse and summer stock.

Her debut under her new stage name was in the suspense drama, Cry Wolf, billed third after, Errol Flynn and Barbara Stanwyck.

Her second film, Possessed, was released three weeks before Cry Wolf. This time, she was in fourth, behind t Joan Crawford and Van Heflin and Raymond Massey.

In her third film, Embraceable You, she co stared with Dane Clark, who played a tough guy who falls in love with the victim of the hit-and-run car accident for which he was responsible.

After one more film, The Younger Brothers, she was, again, in fourth place, after Wayne Morris, Janis Paige and Bruce Bennett, Brooks asked for, and received, a release from her studio contract in July 1948.

Now a freelancer, she performed with, Fredric March, Edmond O'Brien and Florence Eldridge in a dramatic role, An Act of Murder(1948), playing the daughter of March and Eldridge, who were married in real life and the trouble that the husband, a judge, faces when he thinks about ending the life of his terminally-ill wife.

The next film, gave her one of her best opportunities in, The Reckless Moment(1949), with, James Mason and Joan Bennett, Brooks, aged 24, was cast as Bennett's 17-year-old daughter, whose reckless affair with a older art dealer puts her mother on a collision course with a blackmailer.

Her next film, Challenge to Lassie(1940), she performed with, Edmund Gwenn and Donald Crisp who, in this version of the classic story, Greyfriars Bobby, once again performed as elderly Scotsmen. Playing the cemetery caretaker's daughter, she had the only female role of any importance, and was also given a couple of good dramatic scenes.

In mid-1949, Geraldine Brooks accepted an offer from Italian production and distribution companies, Itala Film and Artisti Associati, for roles in two projects to be filmed on location, performing with romantic leading men, Rossano Brazzi and Vittorio Gassman. Similar in tone, both are doom-laden melodramas depicting the tragic price women who went into prostitution in postwar Italy. The first released in the United States three years later as, Streets of Sorrow gave her, for the only time, top billing.

Three years later, A. H. Weiler, in his November 1952 New York Times review, said that "Geraldine Brooks, an expatriate American who has emoted in more than one Italian film, gallantly tries to make a wistful and convincing heroine of Maria, the prostitute grasping desperately for a chance at decency". He described the film, however, as "a sad and limp romance, which is trite, slightly lachrymose and largely unedifying".

The second title, Vulcano (later released in the U.S. as Volcano), had an Oscar-nominated (for 1937's The Life of Emile Zola) director, William Dieterle. The adventurous film was filmed off the coast of, Sicily.

After returning to Hollywood , Dieterle told The New York Times that "Conditions for shooting a picture could hardly have been more primitive. Except for the mechanical equipment we took with us, we had to construct everything we needed with our own hands." The film takes Brooks back to her familiar role of an innocent taken advantage of by a exploiter of women, played by Brazzi, while her older sister, played by Anna Magnani, returns to the island of, Naples. As in the case of Streets of Sorrow, this production was also censored and released in the United States years after filming. In its June 1953 review, Time magazine noted that although it is "Reminiscent in story and treatment of Stromboli, Volcano is a far better film. Against the island's backdrop, the yarn's primitive passions do not seem particularly excessive or out of place". 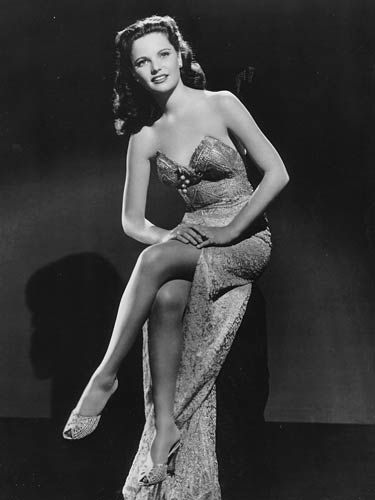