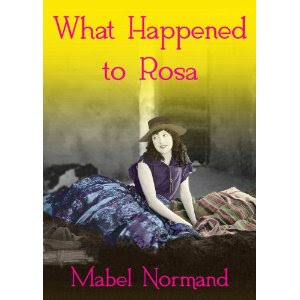 “What Happened To Rosa?” (1920) is a silent romantic comedy starring Mabel Normand, Doris Pawn, Tully Marshall, and Hugh Thompson. Directed by Victor Schertzinger, this film is the best known of the three surviving films from Mabel Normand’s Goldwyn period.

In this film, Mabel Normand plays Mayme Ladd, a hosiery counter girl whose life is drudgery and has never been brightened by romance. Mayme is told about an occult medium by a customer and decides to go to see what her future would bring. The medium, Madame O’Donnelly, played by Eugenie Besserer, convinces Mayme that in a previous life she was a Spanish temptress named Rosa Alvaro.

Back in her apartment, Mayme remembers that her mother had been a Spanish dancer and takes out her old costume. With a flower in her teeth, Mayme believes she has the power to become Rosa Alvaro and pursues the man of her dreams, Dr. Maynard Drew, played by Hugh Thompson. Will Mayme succeed in her romantic pursuit of Dr. Drew? 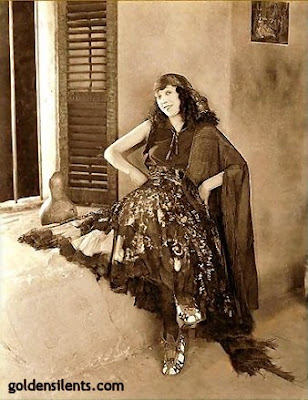 In “What Happened To Rosa?” (1920), Mabel Normand is perfectly cast as the little comic loser. Her expressive body and excellent timing are put to good use in her comic scenes. One of my favorite scenes is when Mabel wrestles with putting silk stockings on the legs of a store mannequin. Another funny scene is when she pulls out a fish from her blouse after swimming to shore off a yacht. Although not worthy of her incredible talents, this film is worth viewing because it’s one of Mabel Normand’s few surviving feature films.


Born on November 10, 1895, in Staten Island, New York, Mabel Normand’s film career began in 1910 after posing as a model for some of the best illustrators of the day. At the Vitagraph Company, at the beginning of her film career, she even had her own screen character, Betty, but soon her onscreen character would be known simply as Mabel. She was the only silent star linked by name to the heroine she portrayed on film. As Mabel came to fame, she worked with two of cinema’s greatest pioneers, D.W. Griffith and J. Stuart Blackton, but neither left any indication that they were particularly impressed with the actress. It was Mack Sennett who recognized Mabel’s comedic talents in 1911, and from then on, no matter for whom she worked, Mabel’s name was always to be associated with that of Sennett, the so-called King of Comedy. When he formed his Keystone Company, Mabel was with him, and when Charlie Chaplin joined the company, Mabel was his first leading lady. In 1913 and 1914, Mabel directed twelve comedy shorts, in all of which she was the star, and in five of which she was supported by Chaplin. In 1914, Sennett undertook a highly ambitious project, “Tillie’s Punctured Romance,” one of his greatest hits, with Chaplin, Mabel, the Kops, and Marie Dressler all appearing together. Often referred to as “the first feature-length comedy,” it is a full six reels. Sennett not only made Mabel a star but was instrumental in combining her with a great comic foil, Roscoe Arbuckle. Mabel talked Sennett into starring her with Arbuckle, and within a short time the two comedians were Keystone’s most popular team. Arbuckle was 5’10” to Mabel’s barely five feet, and over 250 pounds to her less than 100. Just the way they looked standing side by side could get a laugh and their contrasting size and shape were exploited for all kinds of comic variations. The breakup of the Mabel and Sennett relationship came in the summer of 1915, when their engagement fell apart, supposedly after Mabel found Sennett in a compromising situation with another actress, Mae Busch. The 1920’s was not a good decade for Mabel. There were two scandals, involving her relationships with director William Desmond Taylor and oil tycoon Courtland S. Dines. There was also Mabel’s over reliance on drugs. It was the last that killed her, four years after her only marriage to actor Lew Cody. Mabel Normand died on February 22, 1930 of pulmonary tuberculosis. She was 34 years old. 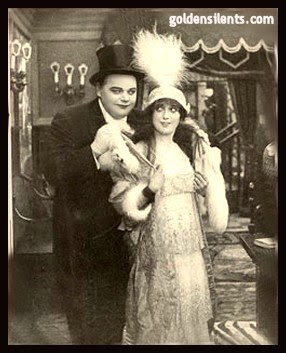 Posted by Silentfilmfanatic at 5:39 PM