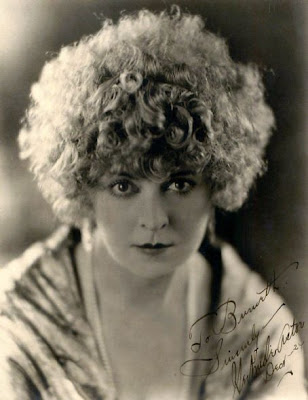 Gertrude Astor (November 9, 1887 – November 9, 1977), joined a woman's band as a trombone player and toured the states. While in New York she left the band to perform as a extra in films. Astor performed in over 250 movies. Her first known credit is in a Biograph short in 1915. She then became a contract player at Universal. Astor was taller than most of the leading men of the era. So, she mostly performed in comedy roles as aristocrats, gold diggers and "best friend".

She performed in a uncredited part in the film, Bucking Broadway(1917) film by John Ford, his sixth feature film. The story takes place on a ranch in Wyoming, where cowboy Cheyenne Harry, falls in love with his boss's daughter. But she decides to elope to the city with wealthy Captain Thornton. She quickly discovers that life in the city is not what she expected. Cheyenne, is heartbroken by the loss of his fiancee and decides to go to the city to win her back. Cast:Harry Carey, Molly MaloneL. M.Wells, Vester Pegg, William Steele and Gertrude Astor(uncredited)

Her best known silent performances were: Stage Struck (1925) with Gloria Swanson, as the vamp who plants stolen money on Harry Langdon in, The Strong Man (1926) and as Laura LaPlante's travelling companion in, The Cat and the Canary (1927).

Astor worked at Hal Roach studios with headliners as Laurel and Hardy, Our Gang and especially Charley Chase.

She continued to play bits in feature films throughout the 1940s, 1950s, and 1960s. She was briefly glimpsed as the first murder victim in the Sherlock Holmes adventure, The Scarlet Claw and was among the extras in the film, Around the World in Eighty Days (1956). Her last performance was in John Ford's, The Man Who Shot Liberty Valance.

In her later years, Astor was a welcome guest at many, Sons of the Desert gatherings, and became an honorary member of the Way Out West tent. 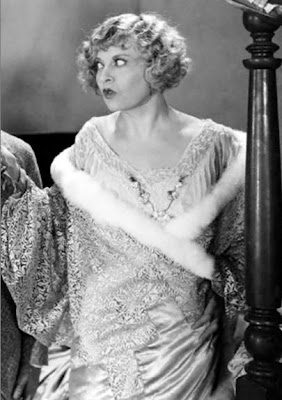