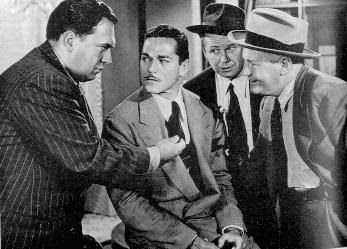 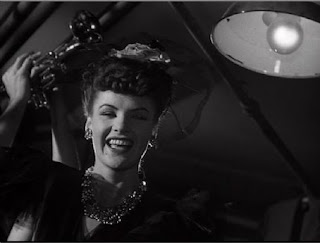 The story begins when, Scott Henderson sits next to a woman wearing a very unusual hat at a bar. Scott finds himself asking if she would like to join him for the show that he already has tickets for.. She agrees, on the condition that they do not exchange names.

At the show, Scott and the woman sit near the front, where the woman attracts the eye of the drummer(who gives me the the creeps)and singer Estela Monteiro(Carmen Miranda's sister in real life), who is furious that the woman has the same hat.

After the show, Scott escorts the woman back to the bar and they go their own way. When Scott returns home, he is met by police Inspector Burgess, who informs him that Scott's wife has been strangled to death with one of his expensive ties. Shocked, Scott says that he argued with his wife because she refused to go out with him to celebrate their anniversary. Scott, is then taken to the police station for questioning.

The next day Scott' secretary, Carol Richman, is worried sick when she reads about Marcela's murder in the newspaper. It does not take long, before Scott is arrested and during his trial he is found guilty of murdering his wife. In prison, Scott gives up hope but Carol Richman, does everything she can to save Scott. 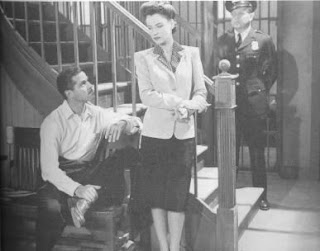 I think this maybe one of my favorite Ella Raines, performances. Franchot Tone, also gives a wonderful performance as the accused man's best friend. I can not believe... Alan Curtis character, accepts his fate so easily without putting up more of a fight.. Anywho.. Thomas Gomez, plays the perfect detective who has his doubts about who committed the crime. 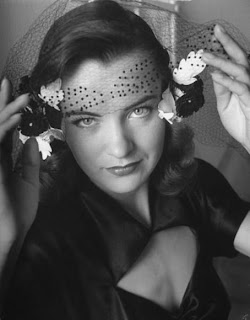 Ella Raines (August 6, 1920 – May 30, 1988), studied drama at the University of Washington and was performing in a play when she was seen by Howard Hawks.

She became the first actor signed to the new production company he had formed with the actor Charles Boyer, "B-H Productions", and made her film debut in the film, Corvette K-225(1943).

After starring in Corvette K-225, she was cast in the all female war film, Cry 'Havoc'.

In 1944, she starred in a series of big films including film noir classic: Phantom Lady, Hail the Conquering Hero, and John Wayne western, Tall in the Saddle.


Soon, she began to perform in B-films including:The Strange Affair of Uncle Harry(1945), The Web(1947) and Brute Force with Burt Lancaster. 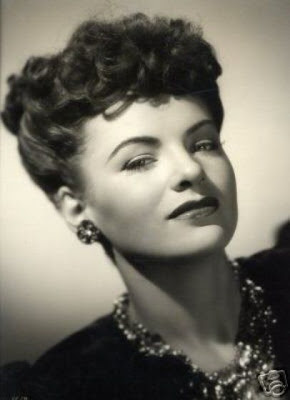