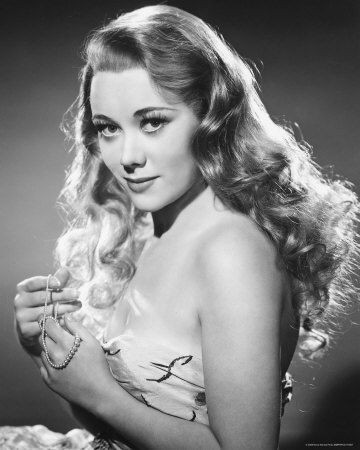 Miranda (1948). British comedy, directed by Ken Annakin and written by Peter Blackmore, who also wrote the play of the same name from which the film was adapted. Cast: Glynis Johns, Griffith Jones, Googie Withers and Margaret Rutherford. Johns and Rutherford reprise their roles in the 1954 sequel, Mad About Men.

Dr. Paul Martin, goes on a fishing trip on the Cornwall coast alone. There he reels in Miranda, a real mermaid and is pulled into the water. She keeps him prisoner in her underwater home until he agrees to show her London. He disguises her as an invalid patient in a wheelchair and takes her to his home.

Martin’s wife Clare, talks him into hiring someone to help take care of her. He asks Nurse Carey, for her eccentric nature who is trilled to be taking care of a mermaid.

Paul, his chauffeur Charles and Nigel, the fiancee of Clare's friend and neighbor Isobel, all are charmed by Miranda,causing the jealousy of their women. Will Clare ever figure out who Miranda really is?

The film Miranda, reminds me a little of the Tom Hanks and Darryl Hannah film, Splash(1984) directed by Ron Howard. 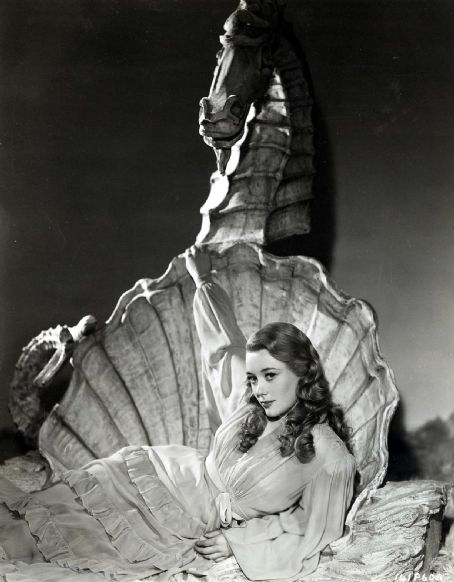 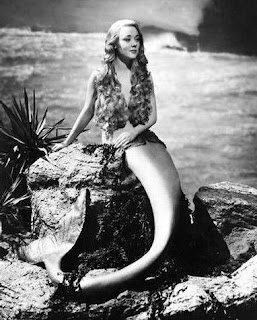 Glynis Johns (born October 5, 1923), trained pianist and singer, dancer and was qualified to teach ballet by the age of ten.

Johns made her first stage appearance in, Buckie’s Bears as a child ballerina at the Garrick Theatre in 1935.

She made her 1938 film debut in the movie, South Riding.

In 1944, she performed with her father in Halfway House, and in 1948 starred as a mermaid in the film, Miranda.

In 1952, she co-starred in the movie version of Arnold Bennett's novel The Card.

She made a successful transition to Hollywood, appearing in the film, Personal Affair (1953)with Gene Tierney and in The Court Jester (1956) as Danny Kaye.

The following year, she starred in the Christmas film, All Mine to Give.

Johns received an Academy Award nomination for Best Supporting Actress for the 1960 film The Sundowners.

One of her best known film roles was that of Winifred Banks, the children's mother, a suffragette, in Mary Poppins (1964).

Her last film appearance was in the 1999 film, Superstar. 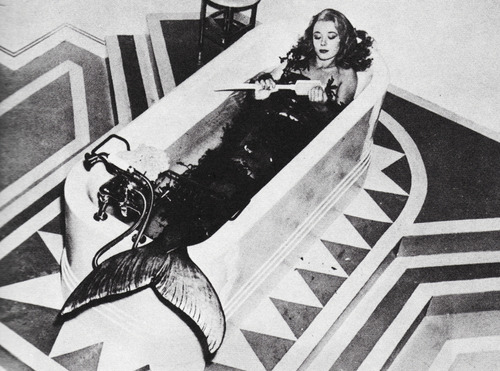