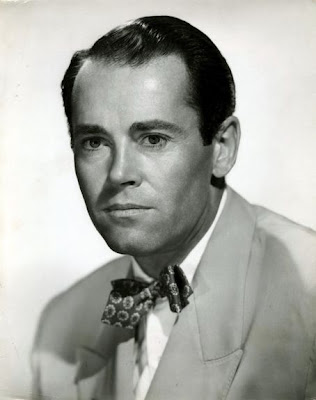 Henry Fonda(May 16, 1905 – August 12, 1982). Fonda headed for New York City, where he was joined by Stewart and the two made a small living performing on Broadway. Fonda was first to travel to Hollywood to make his first film, The Farmer Takes a Wife(1935), reprising his role from the Broadway production of the same name. The story is about a young man who works along the Erie Canal during the mid-19th century to raise money to buy a farm. While working, he meets Molly Larkins, a canal boat cook (Janet Gaynor). Although Harrow wants to marry Larkins, she does not know if she wants to be a farmer's wife.

Stewart soon after followed him to Hollywood, and they roomed together again, next door to Greta Garbo. In 1935 Fonda starred in the film, I Dream Too Much with the famous opera star Lily Pons.

Later Fonda, costarred with Sylvia Sidney and Fred MacMurray in the film, The Trail of the Lonesome Pine (1936), A romance film based on the novel of the same name. It was directed by Henry Hathaway. It was the second full length feature film to be shot in Technicolor and the first to be shot outdoors. Much of the film was shot at Big Bear Lake in southern California. He also starred with ex-wife Margaret Sullavan in the film, The Moon's Our Home. Fonda got the lead role in, You Only Live Once (1937), also costarring Sidney, and directed by Fritz Lang. Fonda's first child Jane Fonda was born on December 21, 1937. He performed opposite Bette Davis, who had picked Fonda, in the film, Jezebel (1938). 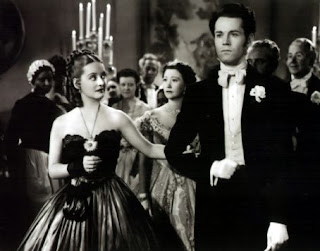 He then landed the title role in the film, Young Mr. Lincoln (1939), his first film with director John Ford and as Frank James in Jesse James (1939). Another 1939 film was, Drums along the Mohawk, also directed by John Ford.

Ford to ask him to play "Tom Joad" in the film version of John Steinbeck's novel The Grapes of Wrath (1940). Fonda was nominated for an Academy Award for his performance in the film, which many consider to be his finest role. His son Peter Fonda was born in 1940. 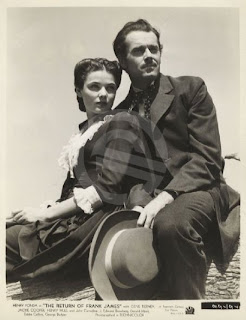 He starred in the film, The Return of Frank James (1940). A western directed by Fritz Lang with Gene Tierney. The film loosely follows the life of Frank James following the death of his outlaw brother, Jesse James at the hands of the Ford brothers. The film is considered historically inaccurate, but was a commercial success. 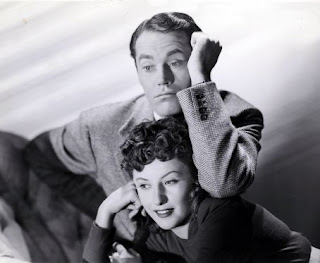 Fonda went on to perform opposite Barbara Stanwyck in, The Lady Eve (1941). A comedy about a mismatched couple who meet on a luxury liner, written by Preston Sturges based on a story by Monckton Hoffe, and directed by Sturges. 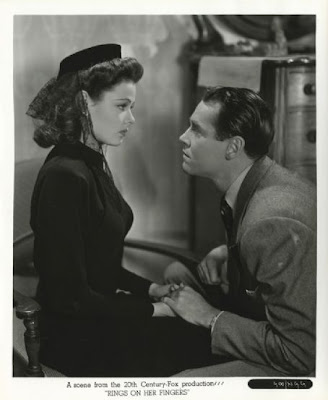 He teamed up again with Gene Tierney in, Rings on Her Fingers (1942). Tierney was one of Fonda's favorite co-stars, they performed in three movie together. The story begins when Susan Miller, wishes for a luxurious life full of wonderful people. Everything changes for Susie's when she meets Mrs. Maybelle Worthington and Warren, two con artiest who use girls to rob wealthy men. Maybelle and Warren convince Susie to work for them. The three start looking for prospects, with Susie playing the part as Linda Worthington, Maybelle's daughter. They make a good living off rich men who become interested in Susie, until one day, on Santa Catalina Island, they meet John Wheeler, who is looking to buy a yacht. Susie and Maybelle, also pretend to be interested in the yacht , which they allow John to buy instead. John, does not know that the man he buys the boat from is not the real owner, but Warren.

Susie, Maybelle and Warren decide to move quickly to Connecticut, where they move in with wealthy Tod Fenwick and his parents. Tod is in love with Susie, and Maybelle and Warren plan on profiting from their marriage. They are surprised to see John, who is their accountant. Susie and John, fall in love and decide to marry, and even though Maybelle's says that she cannot quit so easily, Susie leaves with John. Wanting to return John's money without him knowing. Susie gives $15,000 to a casino owner friend, who arranges for John to win the money while gambling. Will John ever figure out who robbed him out of his life savings?

Henry Fonda, is wonderful in this film, playing the likeable, everyday guy. Opposite him, Gene Tierney looks absolutely beautiful. Spring Byington and Laird Cregar are wonderful playing the villians.films together. 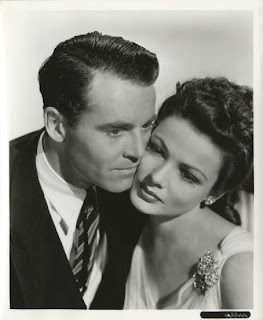 He was acclaimed for his role in, The Ox-Bow Incident (1943). A story about two drifters who are passing through a Western town, when news comes in that a local farmer has been murdered and his cattle stolen. The townspeople, joined by the drifters, form a posse to catch the cattle rustlers.

Fonda then enlisted in the Navy to fight in World War II and after the war, Fonda took a break from movies and enjoyed civilian life. Later, Fonda played Wyatt Earp in John Ford's, My Darling Clementine (1946) and performed in the film, Fort Apache (1948), with John Wayne and Shirley Temple in her first adult role. 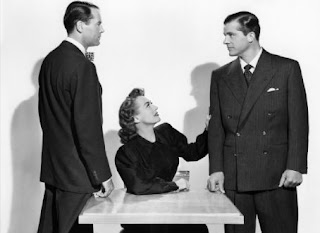 Fonda did seven post-war films until his contract with Fox ended, the last being, Daisy Kenyon (1947), opposite Joan Crawford , who played a commercial artist who becomes involved with married lawyer Dan O'Mara. She meets veteran Peter, whom she does not love and marries him... just as Dan gets a divorce.

After a few years absent from films, he starred in the 1955 film version of Mister Roberts opposite James Cagney, William Powell and Jack Lemmon. Fonda followed Mr. Roberts with Paramount Picture's production of the Leo Tolstoy epic War and Peace, in which he played Pierre Bezukhov opposite Audrey Hepburn, and which took two years to shoot. Fonda worked with Alfred Hitchcock in 1956, playing a man falsely accused of robbery in The Wrong Man, a story based on an actual incident and partly filmed on location.

In 1957, Fonda performed in the film,12 Angry Men, directed by Sidney Lumet. The film was completed in only seventeen days of filming mostly in one small jury room and had a huge cast: Jack Klugman, Lee J. Cobb, Martin Balsam, and E. G. Marshall. The film about twelve jurors deciding the fate of a young Puerto Rican man accused of murder.

Fonda, went on to perform in many war and western epics, including 1962's The Longest Day and How the West Was Won, 1965's In Harm's Way and Battle of the Bulge, Fail-Safe (1964), Fonda played the President of the United States who tries to stop a nuclear holocaust through negotiations with the Soviets after American bombers are mistakenly ordered to attack the USSR. He also returned to more light-hearted cinema in, Spencer's Mountain (1963), which was the inspiration for the TV series, The Waltons.

Fonda performed as the villain 'Frank' in 1968's Once Upon a Time in the West. After turning down the role, he was convinced to accept it by actor Eli Wallach and director Sergio Leone.

Fonda and Jimmy Stewart teamed up for 1968's Firecreek, where Fonda once again played the heavy. In 1970, Fonda and Stewart costarred in the western, The Cheyenne Social Club. They had first appeared together on film, in On Our Merry Way (1948), a comedy which also starred William Demarest and Fred MacMurray. A few more of my favorite Henry Fonda films are: Advise and Consent, How the West Was Won, 1964 Sex and the Single Girl, 1968 Yours, Mine and Ours and 1981 On Golden Pond.
Posted by Dawn at 5:23 AM