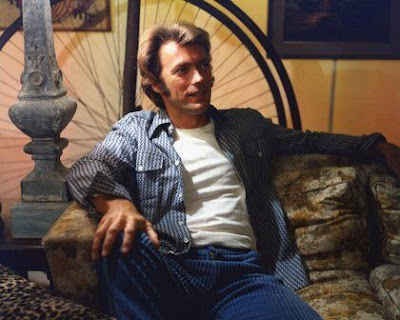 Eastwood's career reached a turning point in 1971. Irving Leonard and Eastwood discussed the idea of Malpaso producing, Play Misty for Me, a film that was to give Eastwood the control his debut as a director. A psychological thriller. Jessica Walter and Donna Mills co-star. The original music score was composed by Dee Barton. 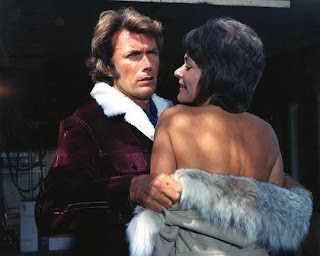 The story begins when Draper, calls into Garver's radio show and asking him to play the song "Misty". She finds out which is his favorite bar and shows up there and makes their meeting seem like a coincidence. He drives her home and they end up sleeping together.

Draper begins showing up at Garver's house uninvited and goes into jealous rages, interrupts an important business meeting with an older woman, then makes a suicide attempt in Dave's home. 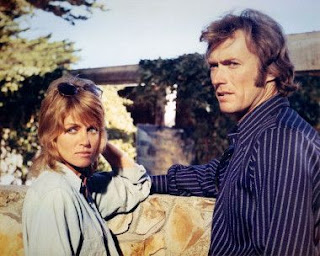 Just when he believes Draper might be out of his life, she becomes his girlfriend Tobie's new roommate for their final confrontation.

This movie, is very suspenseful and Jessica Walter is absolutely terrifying. It's fun to see Clint Eastwood as a young man in his first directorial effort and he did a wonderful job.

When Clint Eastwood told Universal executive Lew Wasserman that he wanted to direct the film, Wasserman agreed, on the condition that Eastwood waive his usual acting fee, which he did.

Given complete freedom by Universal Pictures, Clint Eastwood finished shooting four days ahead of schedule and $50,000 under budget.

Set in Carmel, CA, where Clint Eastwood lived and became mayor in 1986.

All filming was completed in 21 days.

The first scene Clint Eastwood shot was his former director Don Siegel's cameo as Murph the bartender. As a joke, Eastwood made Siegel do 11 takes - then told the cameraman to put the film in the camera.

Universal Pictures originally wanted Lee Remick cast in the role of Evelyn, but director Clint Eastwood had been impressed with Jessica Walter's performance in Sidney Lumet's film The Group (1966), and cast her instead. 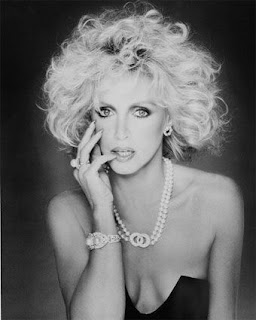 Donna Mills, began her acting career on television with a guest role on the CBS daytime soap opera The Secret Storm in 1966. Following this she gained a regular role as ex-nun Laura Donnelly on the soap, Love is a Many Splendored Thing, which she played from 1967 to 1970. Mills performed on Broadway in Woody Allen's comedy, Don't Drink the Water.

In 1971, Mills co-starred with Clint Eastwood in the thriller Play Misty For Me, which has remained her most prominent movie role to date. Prior to signing up a contract for Universal Studios in 1972, Mills spent much of the 1970s appearing as a guest television shows such as The Six Million Dollar Man, Hawaii Five-O, The Love Boat, CHiPs, The Oregon Trail, Quincy, M.E., Thriller, Police Woman, and Fantasy Island, as well as several made-for-TV movies.

In 1980, she landed her best know role of scheming, Abby Cunningham on the soap opera, Knots Landing, a role she played until 1989. After leaving the series, Mills concentrated on TV movies, several of which she co-produced. She returned to Knots Landing for its final episode in 1993, and again for the reunion mini-series Knots Landing: Back To The Cul-De-Sac in 1997. In between, she had a brief recurring guest role as Josie Bissett's mother on the popular 1990s soap opera, Melrose Place. In more recent years, Mills has continued to make TV movies as well as guest appearances in series such as Cold Case (season 4, episode 13 "Blackout") and Nip/Tuck (in which she guest-starred with fellow Knots Landing star Joan Van Ark).

In 2005, she reunited with the Knots Landing cast for the reunion, Knots Landing: Together Again, in which the stars reminisced about the show.

Outside of acting, in 1986 Mills released "The Eyes Have It", an instructional video for achieving several different make-up looks. She went on to release her own line of cosmetics of the same name. 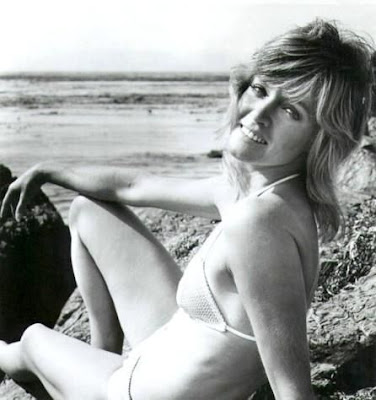