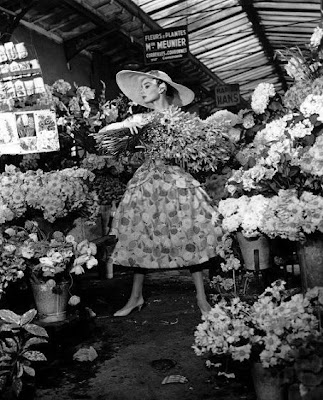 Audrey Hepburn (4 May 1929 – 20 January 1993), studied ballet before moving to London in 1948 where she continued to train in ballet while working as a model. She also performed as a chorus girl in the West End musical theatre productions. 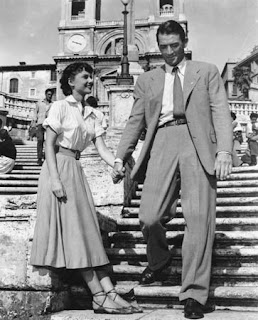 Hepburn, is best known for her performances in these films listed below: 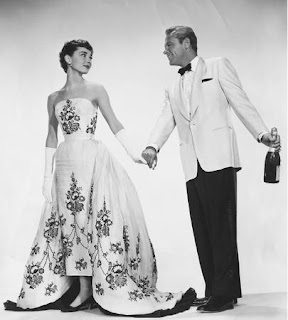 She later performed in the film, Sabrina (1954). A comedy-drama film directed by Billy Wilder. Cast: Humphrey Bogart, Audrey Hepburn, and William Holden. The story is about Sabrina Fairchild, the daughter of the family's chauffeur, Thomas. Sabrina is madly in love with David Larrabee, a well known playboy, who has never looked twice at her. Sabrina, attends culinary school in Paris and returns as a sophisticated woman. David, does not recognize her at first, but is quickly taken with her. David's workaholic older brother Linus sees this and fears that David's wedding plans with a very rich woman may be cancelled. So Linus tries to redirect Sabrina's affections and in the process falls in love with her. 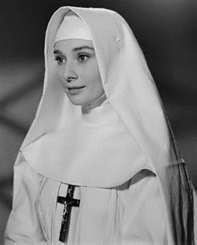 The Nun's Story (1959). Based on the 1956 novel of the same title by Kathryn Hulme, the story tells of the life of Sister Luke, a young Belgian woman who decides to enter a convent and makes many sacrifices, but at the outset of World War II, finds she cannot remain neutral in the face of Hitler's Germany. The book was based on the life of Marie Louise Habets, a Belgian nurse who was also a nun. 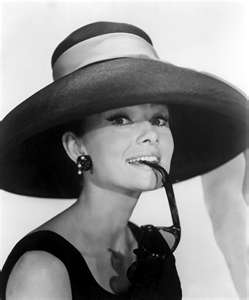 Breakfast at Tiffany's (1961). A romantic comedy film starring Audrey Hepburn and George Peppard, Patricia Neal, Buddy Ebsen, Martin Balsam, and Mickey Rooney. The film was directed by Blake Edwards. It was loosely based on the novella of the same name by Truman Capote. Hepburn's performance as Holly Golightly, is believed to be the actress' most memorable and identifiable role. She also thought it as one of her most challenging roles. Hepburn's performance of "Moon River" helped composer Henry Mancini and lyricist Johnny Mercer win an Oscar for Best Song. 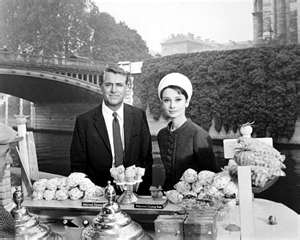 Charade (1963). Directed by Stanley Donen. Cast: Cary Grant and Audrey Hepburn, Walter Matthau, James Coburn, George Kennedy, Dominique Minot, Ned Glass, and Jacques Marin. It spans three genres: suspense thriller, romance, and comedy. The film is notable for the repartee between Grant and Hepburn, also for having been filmed on location in Paris, for Henry Mancini's score and theme song, and for the animated titles by Maurice Binder. Charade has been referred to as "the best Hitchcock movie that Hitchcock never made." 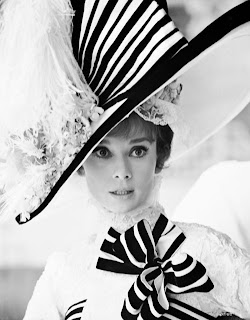 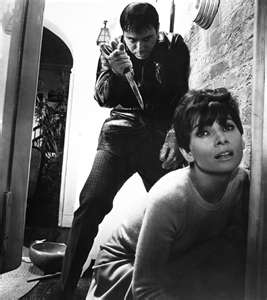 Wait Until Dark (1967), A suspense-thriller film directed by Terence Young and produced by Mel Ferrer. Cast: Audrey Hepburn as a young blind woman, Alan Arkin as a criminal looking for drugs, and Richard Crenna, plays another criminal. Hepburn was nominated for the Academy Award for Best Actress (losing to Katharine Hepburn). 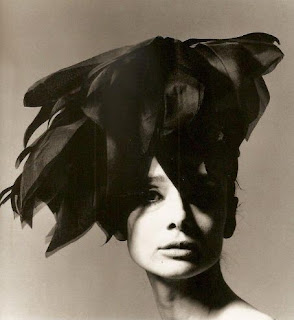 She was on the covers of Vogue and Harper's Bazaaer and continues to influence fashion today. Her style was the result of the meeting with the couturier Hubert de Givenchy, during the filming of Sabrina(1954). Givenchy designed her dresses for the film which although winning the Academy Award for Best Costume Design, credit was rewarded to costume designer Edith Head. The designer drew her outfits for many films and also created a perfume for her named, The Forbidden. The films in which he dressed Hepburn include: Funny Face, Love in the Afternoon, Breakfast at Tiffany's, Paris When It Sizzles, Charade and How to Steal a Million.

Fashion experts have said that Hepburn's longevity as a style icon was because she stuck with a look that was perfect for her "clean lines, simple yet bold accessories. Hepburn, in her private life preferred casual, comfortable clothes.

Hepburn, devoted much of her later life, time and energy to UNICEF, Hepburn's war-time experience inspired her passion for humanitarian work and, although Hepburn had contributed to the organisation since the 1950s, she worked in the very poorest communities of Africa, South America and Asia in the late eighties and early nineties. In 1992, Hepburn was awarded the Presidential Medal of Freedom in recognition of her work as a UNICEF Goodwill Ambassador. 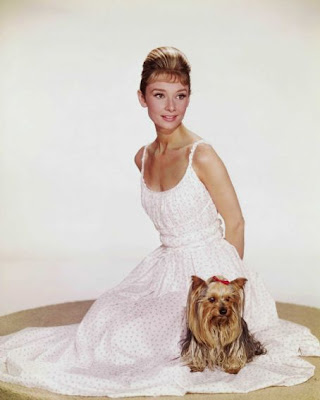 Hepburn had several pets, including a Yorkshire Terrier named Mr. Famous. After he died she received another Yorkshire named Assam of Assam. Her son Sean also had a Cocker Spaniel named Cokey. When Hepburn was older, she had two Jack Russell Terriers. 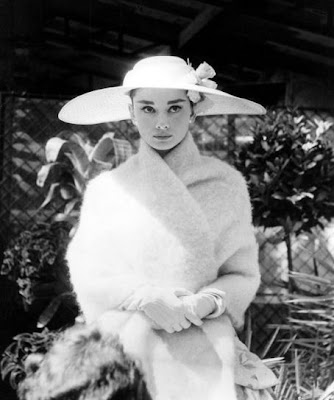 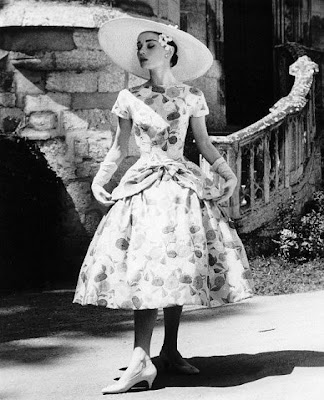