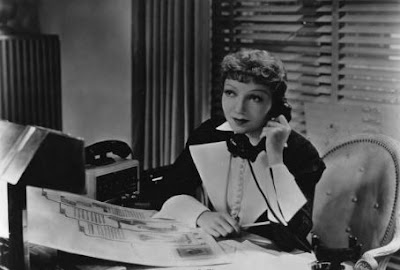 The story begins when, secretary Julia Scott, who is in love with her boss, Richard Barclay, the owner of Barclay's Department Store, who unfortunately only thinks of her as his right "hand man." Julia, is offered her dream job working in Paris, but she, turns it down because of her love for Richard. Julia, decides it is time to tell Richard about her feelings. While working late at his home, Julia finds Richard's hysterical sister Gertrude, his brat of a daughter Annabel. Richard, tells Julia to take charge of the house and she fires the servants and gives Annabel, a much needed spanking.

The next day, Julia finds out that her friend Martha, has gone to Richard and told him that Julia, has taken the job in Paris. When Richard asks Julia about it, she says she wants to go to Paris, to find a husband.

Later that same day, everyone, is in an uproar over the sudden, marriage of Richard and Julia. Heartbroken, Julia learns that Richard, sees her more as a business partner than a wife. The next morning, Julia decides not to go into the office so she can settle into her new home. Without her, there is trouble in the office and Julia has her own troubles at home. Martha, comes to visit Julia with Leonard Rogers, a womanizer who has just sold his department store to Richard. When Richard arrives home, he finds Julia, Leonard and Annabel singing together and tells Julia, that he doesn't think their marriage is working out. Julia tells him that she will return to the office the next day. Instead of returning to the office, Julia heads to Philadelphia to manage the Rogers store. After two weeks, Julia has the Philadelphia store in shape and her feelings are hurt, when Richard tells her to take her time in returning home. That night, Julia agrees to go out with Leonard and the two end up drunk in a display window of the department store. Two newspaper photographers, take pictures of the couple and the next day their picture is front page news. Will Richard travel to Philadelphia, to bring Julia back to New York?

Although, the story maybe a little unbelievable, it is still a cute film. One of my favorite scenes is when, Colbert and Bartlett host a cocktail party in the shop window of a department store, with shop mannequins as the guests. 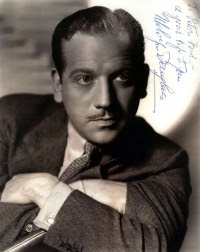 During World War II, Douglas served in the United States Army and when he returned home he performed  in the films, The Sea of Grass and Mr. Blandings Builds his Dream House.

Email ThisBlogThis!Share to TwitterShare to FacebookShare to Pinterest
Labels: claudette colbert, melvyn douglas, she married her boss(1935), the 30s