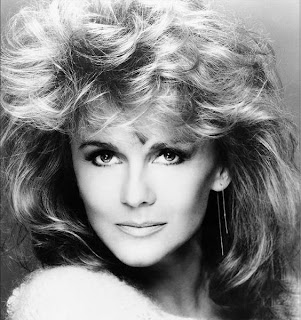 Ann-Margret (born April 28, 1941) . Ann-Margret, took her first dance lessons at the Marjorie Young School of Dance in 1949. Her parents were supportive and her mother handmade all her costumes. While a teenager, Ann-Margret appeared on the Morris B. Sachs Amateur Hour, Don McNeill's Breakfast Club and Ted Mack's Amateur Hour.

Through high school, she continued to star in theatricals. As part of a group known as the "Suttletones". They traveled Los Angeles and, through agent Georgia Lund, landed club dates in Newport Beach and Reno, where Ann-Margret had a chance meeting with Marilyn Monroe, who was on location for the film, The Misfits. Monroe noticed her in the crowd, then chatted privately with her, offering her encouragement.

The group landed a gig at The Dunes in Las Vegas, which also headlined Tony Bennett and Al Hirt at that time. George Burns heard of her performance and she auditioned for his annual holiday show, in which she and Burns did a soft shoe routine. (pictured below)George Burns and Ann Margret, in the dressing room at the Sahara December 27, 1960.