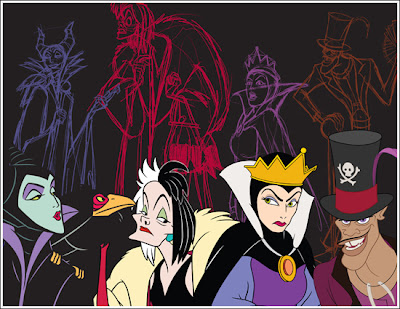 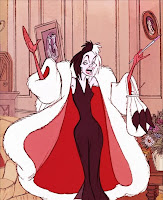 Cruella de Vil (One Hundred and One Dalmatians)
The most glamorous villain with her furs, black dress, and two-toned hair. 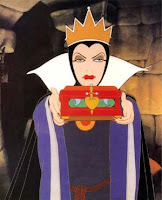 Queen (Snow White and the Seven Dwarfs). The Queen is the mean stepmother of Snow White. When her magic mirror tells her that Snow White is fairer of them all, she has Humbert the huntsman, to take her into the woods to kill her. After she finds out that Snow White did not die, she disguises herself as an old hag and uses a poisoned apple to put her in a deep sleep. 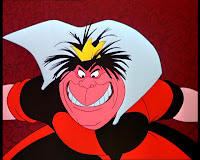 Queen of Hearts (Alice in Wonderland). She doesn’t cares if your innocent. She will put you on the weirdest trial just because her roses aren’t white like she ordered. The Queen of Hearts is the mad ruler of the Wonderland, and her word is the law.

Email ThisBlogThis!Share to TwitterShare to FacebookShare to Pinterest
Labels: beware of these woman, walt disney