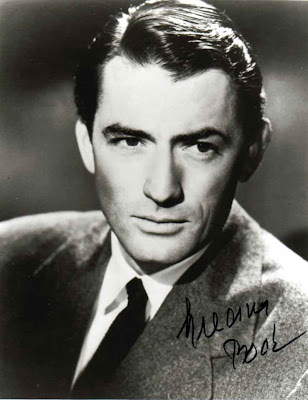 He took in former co-star Ava Gardner's housekeeper and dog after her death in 1990.

During his lean days, he supported himself as a Radio City Music Hall tour guide and as a catalog model for Montgomery Ward.

When he arrived in Italy to shoot Roman Holiday (1953), Gregory was privately depressed about his recent separation from his first wife, Greta. However, during the shoot, he met and fell in love with a French woman named, Veronique Passani. After his divorce, he married Passani and they remained together for the rest of his life..

In late November of 2005, thieves stole Peck's "Hollywood Walk of Fame" star using a cement saw to cut the marker out of the sidewalk. In a simple ceremony, a new star honoring the late actor was unveiled on December 1st to replace the stolen one. Hollywood's honorary mayor Johnny Grant, lifted a covering and announced, "Ladies and gentlemen, we proudly welcome back to the Hollywood Walk of Fame, Gregory Peck." Peck's star was the fourth to be stolen since the Walk of Fame was first started. James Stewart's and Kirk Douglas' stars also disappeared some years ago after being removed for construction and were later recovered by police in the nearby city of South Gate. Gene Autry's star also vanished during a construction project. 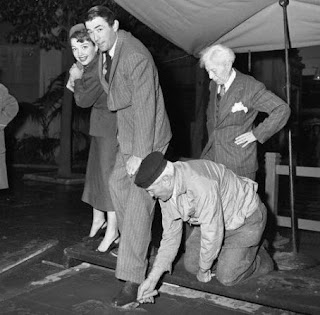 In the 1950s, the Arizona-Sonora Desert Museum near Tucson, AZ, named one of their male javalinas "Gregory Peckory" in his honor; incidentally, their female was named "Olivia de Javalina", to honor actress Olivia de Havilland.

Turned down Gary Cooper's Oscar-winning role as Marshal Will Kane in, High Noon (1952) because he felt the story was too similar to his film, The Gunfighter (1950). When the film proved to be a huge success Peck admitted he had made a mistake, though he said he didn't believe he could have played the character as well as Gary Cooper.

In 1946 he met and befriended Gary Cooper, with whom he was often compared in terms of looks and acting style.

MGM wanted Peck to play Roger Thornhill in, North by Northwest (1959), but the director Alfred Hitchcock thought Peck was too serious and cast Cary Grant .

While filming The Bravados (1958), he decided to become a cowboy in real life, so he purchased a working ranch near Santa Barbara, California - already stocked with 600 head of prize cattle.

Was offered but declined the role of Det. Steve McGarrett in "Hawaii Five-O" (1968). 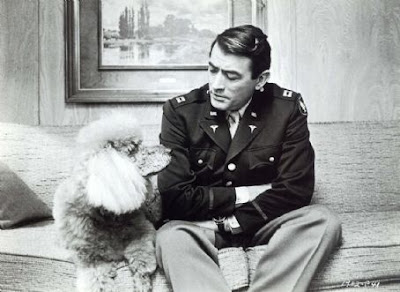 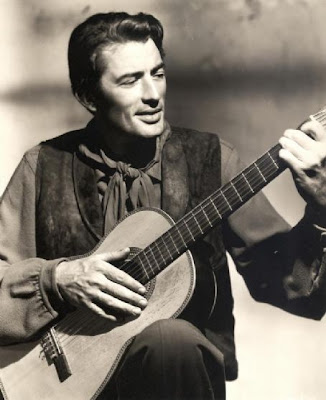