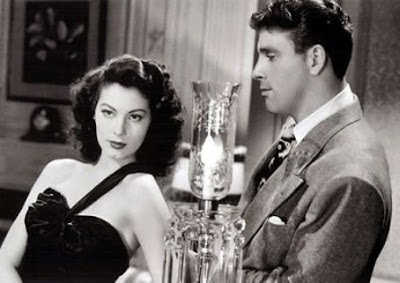 The Killers (1946). Film noir. Based on the short story of the same name by Ernest Hemingway. The film was directed by Robert Siodmak Cast: Burt Lancaster in his screen debut, as well as Ava Gardner, Edmond O'Brien, and Sam Levene. Two hit men, Max and Al, drive to small town diner, looking for,"the Swede" . They find him held up in a boarding house where, they carry out thier plans to murder him.

The Swede had life insurance, so Investigator Jim Reardon, is assigned to look into the murder for his company. Interviewing people from his past, Reardon believes that The Swede's murder was because of a payroll robbery masterminded by, Big Jim Colfax and Kitty Collins , the woman Swede loved.

The film was very entertaining.. Although, I never quite figured out why Swede allowed himself to be murdered, and who ordered the killing. 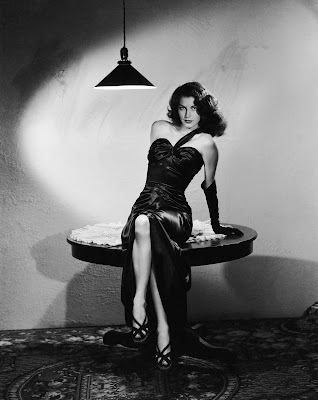 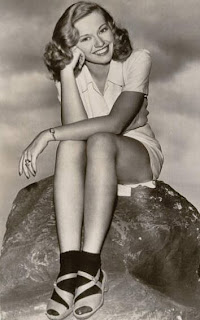 Virginia Christine, was best known as the "Folger Coffee Woman". After moving to Los Angeles, Virginia worked in radio while attending the University of California, Los Angeles. She was trained for a theatrical career by actor/director Fritz Feld, whom she married in 1940. In 1942, she signed a contract with Warner Bros. and began performing in films: Edge of Darkness (1943), High Noon (1952), Judgment at Nuremberg (1961), The Mummy's Curse (1944) and Invasion of the Body Snatchers (1956). She was a favorite of Stanley Kramer, performing in a number of his films. But her greatest fame came in the 1960's when she started her 21-year appearances as "Mrs. Olson", who always had comforting words for young married couples while pouring Folgers Coffee.