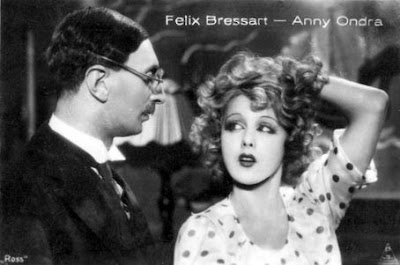 Anny Ondra(May 15 1903 – February 28 1987), acted in Czech, Austrian and German comedies in the 1920s, and in some British dramas,best known for her performance in Alfred Hitchcock's The Manxman and Blackmail (both in 1929). When Blackmail was remade with sound, Ondra's thick accent was considered unacceptable, so her dialogue was recorded by actress Joan Barry. Ondra made some forty more films in the sound era before retiring in the late-1930s. 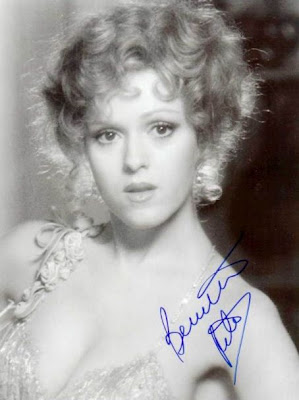 Bernadette Peters( February 28, 1948), actress, singer and children's book author. Her career has spanned over five decades, she has starred in musical theatre, films and television, as well as performing in solo concerts and recordings. She is one of the most critically-acclaimed Broadway performers, having received nominations for seven Tony Awards, winning two, and eight Drama Desk Awards, winning three. Four of the Broadway cast albums on which she has starred have won Grammy Awards.
Posted by Dawn at 1:50 PM