Great Dramas: An Affair to Remember(1957) 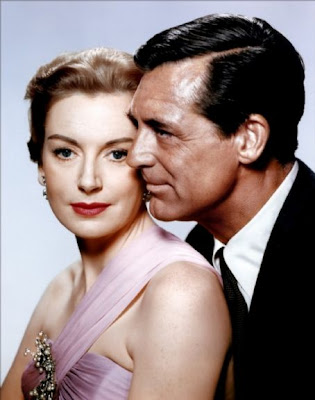 An Affair to Remember (1957). Cast: Cary Grant and Deborah Kerr, and directed by Leo McCarey.The movie was a remake of the film Love Affair(1939). Cast:Irene Dunne and Charles Boyer. An Affair to Remember was almost identical to Love Affair on a scene to scene basis. McCarey used the same screenplay as the original film, which was written by Delmer Daves and Donald Ogden Stewart.

The theme song "An Affair to Remember (Our Love Affair)' was composed by Harry Warren with lyrics by Leo McCarey and Harold Adamson. The song is sung by Vic Damone during the opening credits and then sung later by Deborah Kerr's character, a nightclub singer. Kerr's singing was dubbed by Marni Nixon, who also dubbed for Kerr in the film The King and I.

Ladies man and artiest Nickie Ferrante, meets Night Club singer Terry McKay, aboard the SS Constitution traveling from Europe to New York. Each is engaged to someone else. They soon begin a love/friendship. One of my favorite scenes is when Terry joins Nicky for a few hours visiting his grandmother beautiful home, on the Mediterranean coast. 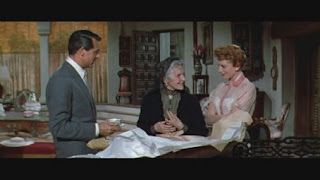 Before the ship reaches New York they agree to tie up loose ends of their lives and to reunite at the top of the Empire State Building in six months. 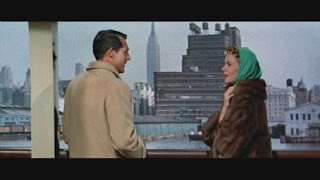 On the day of their reunion, Terry, running and not watching the on coming traffic, is hit by a car. Seriously injured, she is rushed to the hospital. Meanwhile Nickie, waiting for her at the top of the Empire State Building, is unaware of what happened and after many hours, believes she has rejected him. 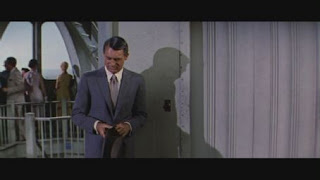 Six months later, she sees Nickie with his former fiancee at the ballet,who does not notice her condition says "hello" as he passes by. 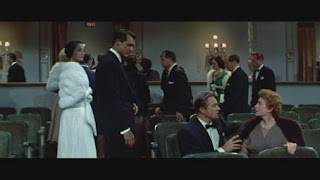 Later Nickie, finds her and wants her to explain why she did not meet him. Surprised and happy, Terry tries to avoid the subject, never leaving the couch. As he is leaving, Nickie mentions a painting he had done of her that had been given to a woman. He is about to say that the woman was in a wheelchair when he suddenly, realizes the woman was Terry. He walks into her bedroom and sees his painting. He then knows that something had happened to keep her from meeting him at the Empire State Building. 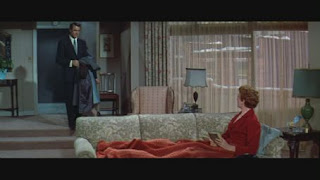 I thought this was a wonderful film with Beautiful costumes, scenery, clever photography ( open patio door shows the Empire State Building in its reflection). Cary Grant and Deborah Kerr make this a never-forgotten romantic classic. 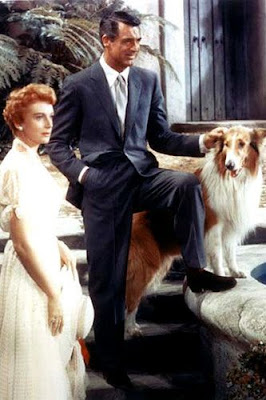 Deborah Kerr and Cary Grant improvised many of their scenes throughout filming, and a number of lines that made it to the final cut of the film came from the actors' improvisation.

Ingrid Bergman was the first choice to play Terry McKay.

Deborah Kerr plays Terry McKay, previously played by Irene Dunne in Love Affair (1939), of which this film is a remake - both were directed by Leo McCarey. The year before this film was made, Kerr played Anna Leonowens in The King and I (1956), also a role that had previously been played by Irene Dunne in the black-and-white classic Anna and the King of Siam (1946). "The King and I" is a musical based on the same book. 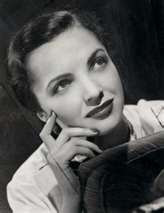