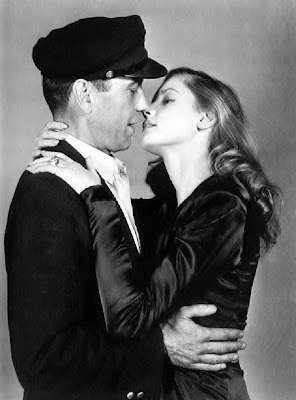 To Have and Have Not (1944). Directed by Howard Hawks. Cast: Humphrey Bogart and Lauren Bacall, in her first film. Loosely based on the novel of the same name by Ernest Hemingway.

Shortly after the fall of France to the Germans, an American named Johnson hires Harry to take him fishing on his boat. The fishing trip does not go very well and Harry decides it best to cancel the rest of the trip. Johnson promises to pay his bill after the banks open the next morning.

Back in Fort de France, Frenchy the bartender, asks Harry to rent him his boat for one night to transport some members of the resistance, but Harry refuses to become involved. Later, in the hotel bar, Harry sees Marie pick Johnson's pocket, and when she leaves the bar, he follows her back up to her room. After which they begin stormy relationship.

Later they are forced to take a job for the resistance transporting a fugitive on the run from the Nazis to Martinique.

The chemistry between Bogart and Bacall is some of the most natural acting I have ever seen on film. 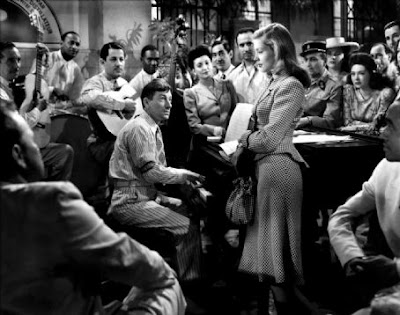 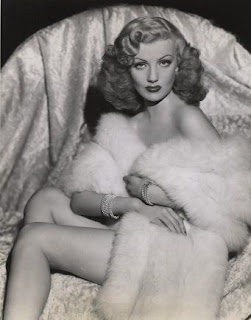 Dolores Moran's brief career as a film actress began in 1942 with a uncredited role in, Yankee Doodle Dandy. By 1943 she had become a popular pin-up girl and appeared on the cover of such magazines as Yank. She was given supporting roles in film, Old Acquaintance (1943).She was promoted along with Lauren Bacall as a new screen personality when they co-starred with Humphrey Bogart in, To Have and Have Not (1944). The film made a star of Bacall, but not for Moran. Probably because Howard Hawk's decision to marginalise Moran in order to boost the screen presence of Bacall.

The Horn Blows at Midnight, gave her a leading role with Jack Benny and Alexis Smith. Unfortunately, She suffered ill health which reduced her ability to work. Her film career ended in 1954 with a featured role in the John Payne and Lizabeth Scott western film, Silver Lode. 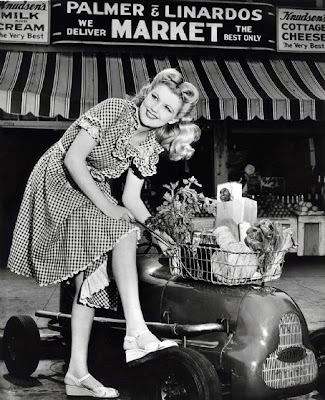 Email ThisBlogThis!Share to TwitterShare to FacebookShare to Pinterest
Labels: dolores moran, humphrey bogart, lauren bacall, the 40s, to have to have not (1944)