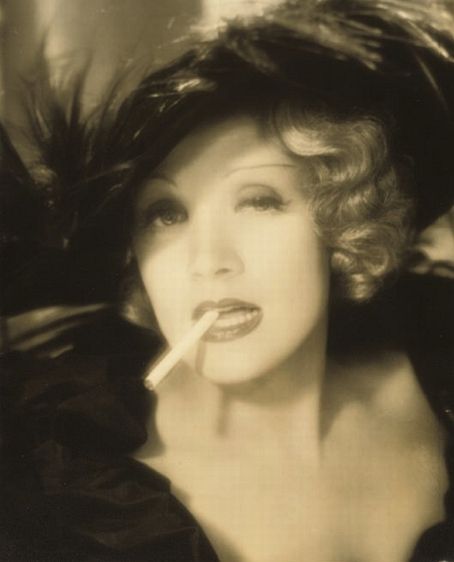 Marlene Dietrich, first film performance was playing a bit part in the 1922 film, So sind die Männer (1922). She met her future husband, Rudolf Sieber, on the set of another film made that year, Tragödie der Liebe.

Dietrich continued to work on stage and in film both in Berlin and Vienna throughout the 1920s. On stage, she had roles in, Pandora's Box, The Taming of the Shrew and A Midsummer Night Dream, Back to Methuselah and Misalliance. It was in the musicals, Es Liegt in der Luft and Zwei Krawatten, that she received the most attention.

In 1929, Dietrich landed the breakthrough role of Lola-Lola in the film, The Blue Angel (1930). The film was directed by Josef von Sternberg, who took credit for having "discovered" Dietrich. The film is best known for having introduced Dietrich's signature song "Falling in Love Again".

After The Blue Angel's success, Dietrich moved to the U.S. on contract to Paramount Pictures. Her first American film, Morocco(1930), Directed by von Sternberg, earned Dietrich her only Oscar nomination. The film is about a Foreign Legionnaire, who meets and falls in love with a singer. Cast: Gary Cooper, Marlene Dietrich and Adolphe Menjou. It was nominated for four Academy Awards in the categories of: Best Actress in a Leading Role (Marlene Dietrich, who knew little English, and spoke her lines phonetically), Best Art Direction, Best Cinematography and Best Director (Josef von Sternberg).

Dietrich's other stylish cinema film performances that were directed by von Sternberg between 1930 and 1935: Dishonored, Shanghai Express, Blonde Venus, The Scarlet Empress, and The Devil is a Woman.

Dietrich was labeled "box office poison" after her 1937 film, Knight Without Armour. In 1939,  her stardom revived when she played the cowboy saloon girl Frenchie in the western, Destry Rides Again, opposite James Stewart.

The movie also introduced another favorite song, "The Boys in the Back Room".She played a similar role with John Wayne in The Spoilers(1942). 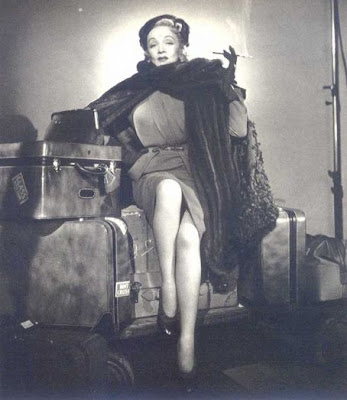 Actress Eve Gill, is interrupted in the middle of rehearsals by actor, Jonathan Cooper. He tells her that he is the secret lover of stage actress/singer, Charlotte Inwood. He also shares with her that Charlotte came to him after killing her husband. She was wearing a bloodstained dress and Jonathan agreed to go back to her house and find her blue dress to change into. While there He sees the body of Mr. Inwood laying on the floor. He tries to make it look like a burglary gone wrong, only to be caught in the act by Charlotte's maid.

Eve takes him to hide in a house near the coast owned by her father, Commodore Gill, who notices that the blood on Charlotte's dress has been put there not by accident. He and Eve believe that Jonathan has been framed. Eve decides to find out the truth by posing as a reporter, she bribes maid Nellie Goode, to pretend that she is ill and cannot work for Charlotte for a couple of days.

Soon after Eve becomes friends with Detective Inspector Wilfred Smith, who is now on the case.

Meanwhile, Charlotte continues to perform in her musical show. She is visited by Jonathan who wants her travel abroad with him. Charlotte makes it clear that she will not give up her career.

Eve continues to helps Jonathan hide from the police, but she is beginning to have second thoughts. Will Eve and Wilfred Smith ever get Jonathan and/or Charlotte to make a confession to the police?

I was amazed how wonderful  this movie is. It is suspenseful, humorous and touching. Jane Wyman and Richard Todd are wonderful in this film. Marlene Dietrich, was very believable as the flamboyant theater star.  It is too bad "Stage Fright" is not more well known.

* Spoiler* Alfred Hitchcock's cameo in, Stage Fright, is walking on the street turning to look at Eve as she rehearses her scripted introduction speech to Mrs. Inwood.* 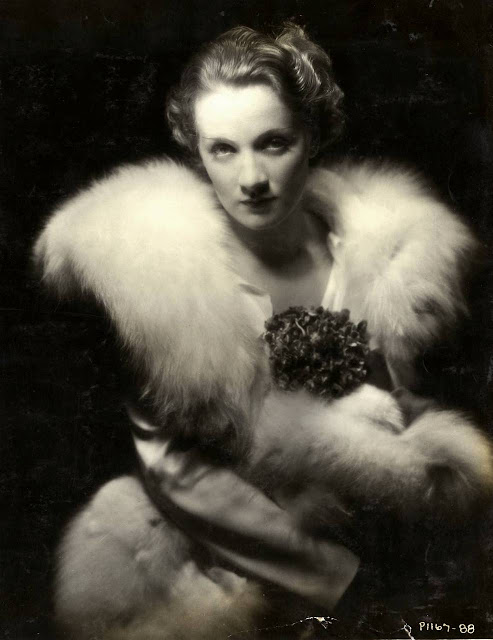