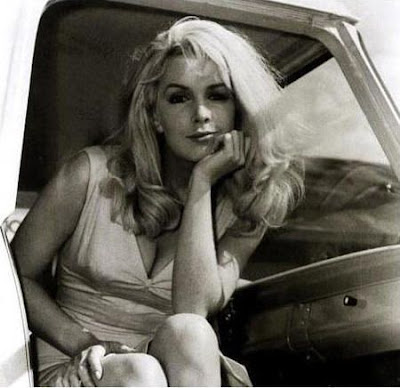 Stella Stevens, born October 1, 1936. Is a film, television and stage actress, who began her acting career in 1959. She is a film producer, director and pin-up girl.

Stevens was born in, Mississippi. She married electrician Noble Herman Stephens on December 1, 1954, in Memphis, Tennessee, with whom she had her only child, actor/producer Andrew Stevens. She and Herman Stephens divorced three years later. If you want to read more about Stella, please click on her name in the tag line located at the bottom of the post.

Just in case you wanted to know what your Monster in the Closet looked like, please check out my Stella's Halloween movie pick: 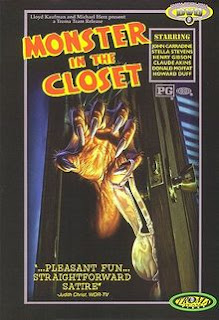 Monster in the Closet( 1986). Horror/comedy with cast, Howard Duff and John Carradine, as well as the Black Eyed Peas' Stacy Ferguson and Paul Walker . In the GotchaMovies article, Monster in the Closet was selected as the 8th greatest moment in teen slasher history.

After a series of murders in San Francisco all take place inside closets, a reporter and his scientist friend decide to uncover the
mystery to save California.

Email ThisBlogThis!Share to TwitterShare to FacebookShare to Pinterest
Labels: birthday, monster in the closet(1986), stella stevens, the 80s, thrillers and chillers