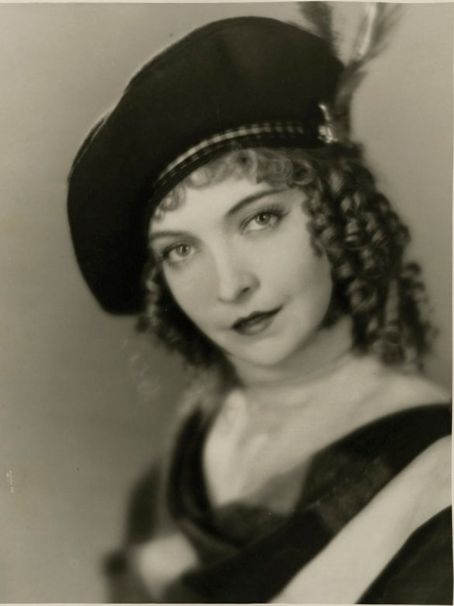 Lillian Gish, was nominated for the Academy Award for Best Supporting Actress in one of my favorite movies, Duel in the Sun(1946). Please click here to read Duel In Sun-(1946) Movie review. 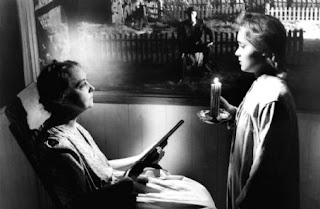 Another Lillian Gish favorite film and my Halloween movie pick, The Night of the Hunter(1955). Thriller directed by Charles Laughton. Cast: Robert Mitchum and Shelley Winters.

The Night of the Hunter (1955). The film begins when family man Ben Harper, is sentenced to hang for his part in a robbery in which two men were killed. Before he is caught he hides the stolen money, telling only his son John, where the money is.

Reverend Harry Powell, a serial killer and self-appointed preacher with the two words "LOVE" and "HATE" tattooed across his knuckles, shares a prison cell with Harper. While Harper sleeping he says: "And a little child shall lead them."

Powell, now believes that Harper's children, are the only ones who know the secret of where the money is and marries Harper's widow, Willa. Powell, asks the children about the money and John becomes suspicious of Powell and does not trust him. Willa, overhears her new husband questioning the children and she now that she knows the truth, he kills her.

After Powell dumps her body in the pond, a beautiful/horrific under water scene of their mother sitting in the car at the bottom of the lake. He learns where the money is and the children escape down the river with the money. The river scene is one of many moments of pure beauty and the music keeps you drifting along. They find safety with an eccentric old woman named, Rachel Cooper. Powell, eventually catches up with them, but Rachel knows that he is evil and takes matters into her own hands.

I will never forget his tall dark shadow looming over the children. This movie had me sitting at the edge of my seat..

Lillian Gish, was considered for a couple of roles in, Gone with the Wind. Ranging from Ellen O'Hara, Scarlett's mother, to the role of the prostitute, Belle Watling.

Gish made many television appearances from the 1950s into 1980s. Her most well known television performance was, The Trip to Bountiful(1953). Gish became one of the leading advocates on the lost art of the silent film, giving speeches and touring to screenings of classic works. In 1975, she hosted The Silent Years, a PBS film program of silent films.

Gish received a Special Academy Award in 1971 "For superlative artistry and for distinguished contribution to the progress of motion pictures." In 1984 she received an American Film Institute Lifetime Achievement Award, becoming only the second female recipient (Bette Davis was first in 1977), and the only recipient who was a major figure in the silent era. 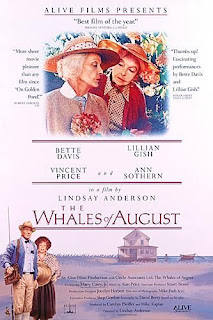 Her last film performance was in, The Whales of August (1987) at the age of 93, with Vincent Price, Bette Davis and Ann Sothern, in which she and Davis starred as elderly sisters in Maine. The film was shot on location on Maine's Cliff Island. The film was directed by Lindsay Anderson, his final feature film, and the screenplay was adapted by David Berry from his own play.

The story is about two elderly widowed sisters near the end of their lives, spending a summer in beach house in Maine. While visiting there they think back to all the summers they had there in the past. They talk about the passage of time, and all the misunderstandings that kept them from having a close relationship.

Libby, played by Davis, is bitter and cold . Sarah, played by Gish, is a softer and more tolerant, wanting very much to have a relationship with her sister. The resentment that Libby has towards her, stifles Sarah's every move at becoming friends.

Her final performance was a cameo on the 1988 studio recording of Jerome Kern's Show Boat, starring Frederica von Stade and Jerry Hadley, in which she affectingly spoke the few lines of The Old Lady on the Levee in the final scene. The last words of her near century-spanning career: "Good night, dear."

Please click on Lillian Gish's name in the tag line, located at the bottom of the article, to view more information and pictures about this wonderful actress.. 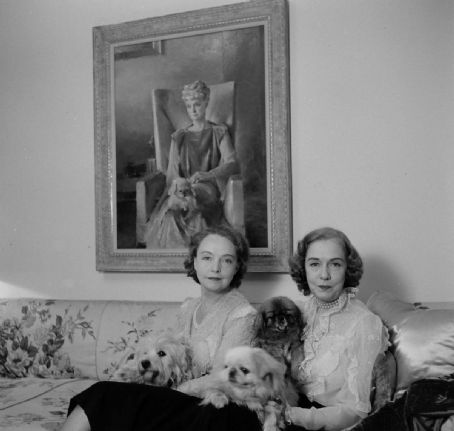 Email ThisBlogThis!Share to TwitterShare to FacebookShare to Pinterest
Labels: birthday, duel in the sun (1946), lillian gish