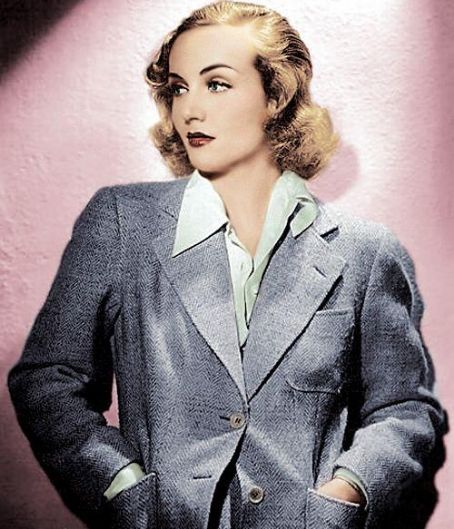 Carole Lombard made her film debut at the age of twelve after she was seen playing baseball in the street by director Allan Dwan. He cast her as a tomboy in A Perfect Crime (1921). In the 1920s, she was credited as 'Jane Peters', then later as 'Carol Lombard'. Her friend Miriam Cooper helped Lombard land small roles in her husband Raoul Walsh's films. She became a well-known actress and made a smooth transition to sound films, starting with High Voltage (1929).

In 1934, director Howard Hawks hired her for his film, Twentieth Century. That same year, she also starred in Bolero with George Raft. The following year she starred in, Hands Across the Table which helped to establish her as a top comedy actress. 1936 proved to be a big year for Lombard with her casting in the screwball comedy My Man Godfrey alongside ex-husband William Powell. Her performance earned Lombard an Academy Award nomination for Best Actress. It was followed by Nothing Sacred in 1937, casting her opposite Fredric March . It was Lombard's only film in Technicolor.

In 1938, Lombard performed in, Fools for Scandal and moved on to dramatic films for the next few years. In 1939, Lombard wanted to be cast as Scarlett O'Hara in the epic Gone with the Wind, but was not even tested for the part. Her new husband, Clark Gable, was chosen to portray Rhett Butler. She took roles opposite James Stewart in, Made for Each Other (1939) and Cary Grant in , In Name Only (1939). She also starred in the dramatic film, Vigil in the Night (1940).

She then returned to comedy, teaming with director Alfred Hitchcock in Mr. Mrs. Smith (1941). She followed with what was to be her last film and one of her most successful, To Be or Not to Be (1942). 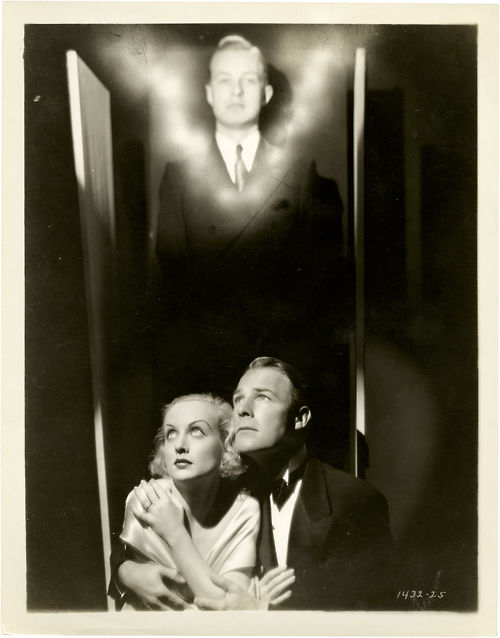 My Carole Lombard Halloween movie pick: Supernatural (1933). Cast: Carole Lombard, Alan Dinehart, Vivienne Osborne and Randolph Scott. The story begins in New York city after Ruth Rogan is convicted of killing 3 of her lovers and is sentenced to be executed.

Soon after spiritualist shares with millionaires Roma a message from her dead brother. He has a rigged seance that leaves Roma confused. Then out of know where, Ruth Rogan's spirit takes over Roma's body. Roma runs off with the fake spiritualist under Ruth Rogan's control. Grant tries to find Roma and return her soul.

It's a beautifully shot and unusual story. It does have a chilling ending when the real killer returns. 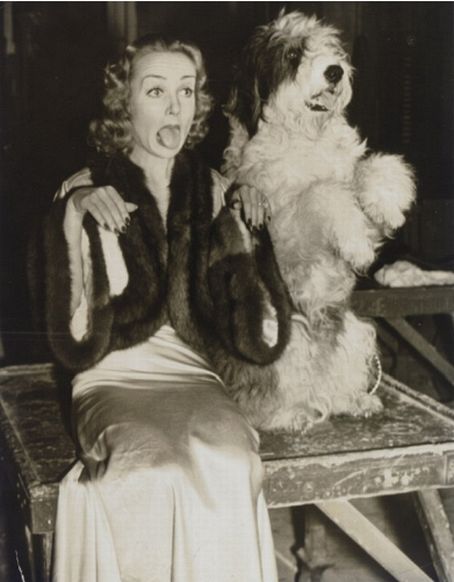