Escape Me Never( 1947). Cast: Errol Flynn, Ida Lupino, Eleanor Parker and Gig Young. It was adapted by Lenore J. Coffe(uncredited) and Thames Williamson and was directed by Peter Godfrey, with music by Erich Wolfgang Korngold.

A romance between aspiring composer Caryl Dubrok and Fenella MacLean is quickly ended by her parents when they believe that Caryl living with a young widow named, Gemma Smith and her son Piccolo.

Caryl learns that Gemma lives with his brother Sebastian a composer. Sebastian says that they go after Fenella and clear up the terrible misunderstanding. At first, Sebastian wants to leave Gemma and Piccolo behind, but when she says that she is going accept a marriage proposal from someone else, Sebastian decides to bring her along.

One evening, when Sebastian and Gemma perform without Caryl. A beautiful woman catches Sebastians eye, he does not know that it is Fenella. He sends Gemma home, while Sebastian stays behind with Fenella and is inspired to write the music that he will use in his ballet.

The next day, Gemma goes to the hotel to pick up their pay, she learns Fenella is staying there and explains the mix up. Fenella so upset that Sebastian is really Caryl's brother that Gemma leaves with Sebastian. Gemma and Sebastian marry and move to London, where he continues his work.

The MacLeans also return to London, followed by Caryl, who becomes engaged to Fenella. Sebastian finishes his music and everything is going well until one day during rehearsals, Piccolo becomes very ill. Sebastian refuses to go with Gemma to the hospital.

Fenella tells Sebastian that she has broken her engagement to Caryl and wants to go back to her family's home in the country. While Gemma's life falls apart, Sebastian realizes how much Gemma means to him, and rewrites the music for her. Will Gemma and Sebastian ever find each other again?

I just saw the film, Escape Me Never, on TCM for the first time. I thought it was a very charming film. It is quite a change of pace for Flynn and... he is still very sexy even in rags! 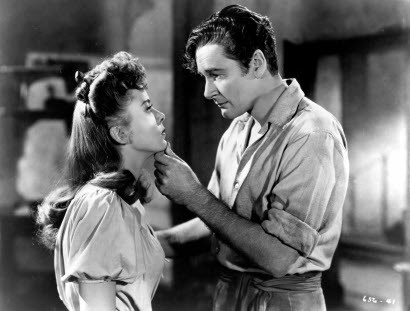 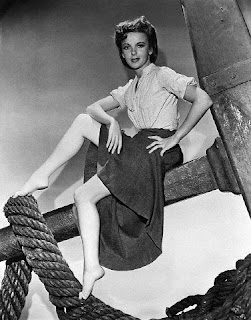 Ida Lupino, was an English-American film actress and director, and a pioneer women filmmaker.

In her forty-eight year career, she performed in fifty-nine films, and directed nine others.

She also performed in television shows fifty-eight times and directed fifty other episodes.

Lupino was born into a family of performers. Her father, Stanley Lupino, was a music-hall comedian, and her mother, Connie Emerald, was an actress.

Ida trained at RADA and made her first movie in, The Love Race(1939).

It was after her performance in, The Light That Failed (1939) that Lupino was taken seriously as an actress.

She called herself "the poor man's Bette Davis." 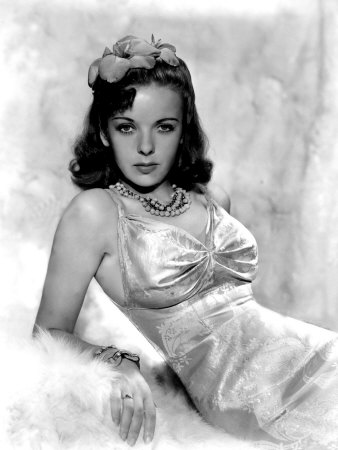