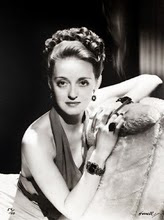 Bette Davis, wanted to become an actress after seeing Rudolph Valentino in, The Four Horsemen of the Apocalypse (1921) and Mary Pickford in, Little Lord Fauntleroy (1921. She attended Cushing Academy, a boarding school in Ashburnham, Massachusetts, where she met her future husband, Harmon O. Nelson. She saw a production of Henrik Ibsen's, The Wild Duck with Blanche Yurka and Peg Entwistle. Davis later said" I had to be an actress, exactly like Peg Entwistle". She auditioned for, Eva LeGallienne's Manhattan Civic Repertory, but was rejected by LeGallienne who described her attitude as "insincere" and "frivolous". She was then accepted by the John Murray Anderson School of Theatre, and studied dance with Martha Graham.

She  then auditioned for George Cukor's stock theater company, who gave Davis her first paid acting job. After playing the part of a chorus girl. She was later chosen to play Hedwig, the character she had seen Entwistle play, in The Wild Duck. After performing in Philadelphia, Washington and Boston, she made her Broadway debut in 1929 in, Broken Dishes, and followed by, Solid South. A Universal Studios talent scout saw her perform and invited her to Hollywood for a screen test which launched her movie career. The movies listed below is a TCM Bette Davis tribute:

All This, and Heaven Too (1940) A French nobleman falls in love with his children's governess. Cast: Bette Davis, Charles Boyer, Barbara O'Neil. Dir: Anatole Litvak.

In This Our Life (1942) A neurotic southerner steals her sister's husband then vies with her for another man. Cast: Bette Davis, Olivia de Havilland, George Brent. Dir: John Huston.

Catered Affair, The (1956) A working-class mother fights to give her daughter a big wedding whether the girl wants it or not. Cast: Bette Davis, Ernest Borgnine, Debbie Reynolds. Dir: Richard Brooks.

The Scapegoat (1959) A man is tricked into trading places with a look-alike nobleman with murderous plans. Cast: Alec Guinness, Bette Davis, Irene Worth. Dir: Robert Hamer.

Bette Davis: The Benevolent Volcano (1984) A documentary depicting the life and career of one of America's premiere actresses. Dir: George Marshall. 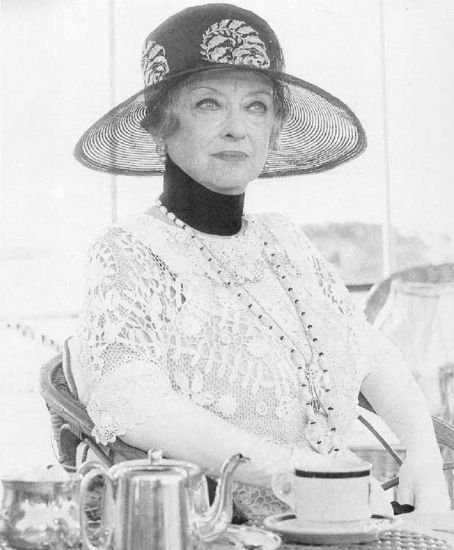 When John Barratt, a lonely french teacher is vacationing in France, he accidentally meets his double, French nobleman Jacques De Gue. After John becomes drunk he accepts De Gue's invitation to share a hotel room. When John wakes up the next morning, he finds his passport missing. De Gue's chauffeur Gaston shows up to take him home, John is unable to convince him that he is not the nobleman. Gaston calls Dr. Aloin, who diagnoses the Englishman as suffering from schizophrenia.

John is taken to De Gue's chateau, where he meets "his" daughter Marie-Noel, wife Francoise, sister Blanche and "his" mother, the Countess. None of them believe his story. As time goes on, he feels as something missing in his life.

Later, in the nearby town, John is nearly run down by De Gue's mistress, Bela, on her horse. He spends the afternoon getting to know her. The next time they meet and before he can tell her the truth, she says that she already knew the truth.

John takes over the family glass-making business. He renews a unfavourable contract, to avoid putting longtime employees out of work. The Countess becomes very upset with his decision. Later, John learns that Francoise's wealth would come under his control if she were to die. Francoise finds him reading the contract and accuses him of wanting to see her dead. John tells her that the contract can be changed. Now, He begins to know the reason for De Gue's disappearance.

After spending the afternoon with Bela, John returns home, where he learns that Francoise has died from a fall. Blanche accuses John of murder, saying that she overheard him with his wife in her room just before her death. Gaston provides an alibi, having driven John to Bela's home. Will De Gue ever show up to reclaim is identity and will John allow him to?

I thought this was a very interesting murder mystery, with a wonderful supporting cast. 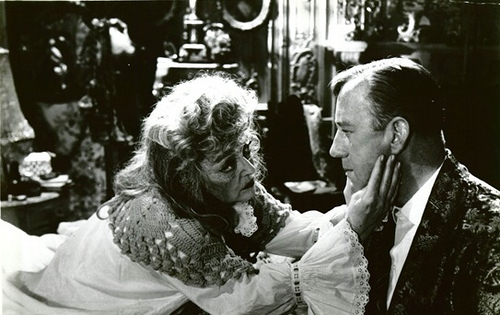 Email ThisBlogThis!Share to TwitterShare to FacebookShare to Pinterest
Labels: bette davis, the scapegoat (1959)