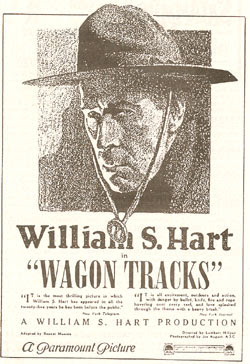 “Wagon Tracks” (1919) is a silent western starring William S. Hart, Jane Novak, and Robert McKim. Directed by Lambert Hillyer and adapted from the story by C. Gardner Sullivan, this film is about a mountain man guiding a wagon train across the West while trying to discover the truth about his young brother’s murder. The story begins with wagon train guide, Buckskin Hamilton, played by William S. Hart, headed to meet his younger brother, Billy Hamilton, played by Leo Pierson, who is arriving on a riverboat steamer. Aboard the steamer are notorious gambler, David Washburn, played by Robert McKim, his younger sister, Jane Washburn, played by Jane Novak, and her fiancé, Guy Merton, played by Lloyd Bacon. When David Washburn and Guy Merton cheat Billy Hamilton in a card game, Billy pulls a gun on the thieves but Jane intervenes and Billy is shot and killed in the struggle for the pistol. Trying to cover up their cheating card game, David and Guy claim Billy was drunk and when Buckskin Hamilton arrives, they lay all the blame on Jane. Even though the shooting is ruled accidental, Buckskin suspects foul play. When Jane finally reveals to Buckskin how Billy was being cheated, Buckskin binds David and Guy to a lariat and herds them out into the desert to walk until one or the other confesses. 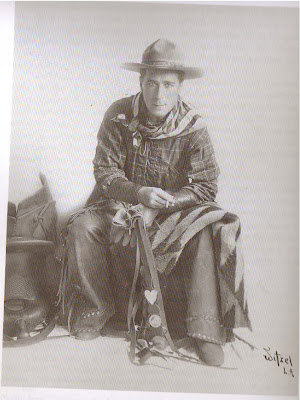 After seeing two silent westerns, "Naked Hands" (1916) starring Broncho Billy Anderson and "Wagon Tracks" (1919) starring William S. Hart, I have no doubt about Hart's enormous popularity as a western actor of the silent screen. I noticed that Anderson's "Naked Hands" had none of the production values or large scale action sequences that distinguished "Wagon Tracks." While Anderson's performance in "Naked Hands" was quite hammy, Hart's style of acting was quite naturalistic in "Wagon Tracks." Anderson also lacked Hart's magnetic qualities. I was also impressed with Jane Novak's very moving but restrained performance in "Wagon Tracks." Even though I am not a big fan of silent westerns, I am glad to have discovered William S. Hart, the silent era's most influential western star. 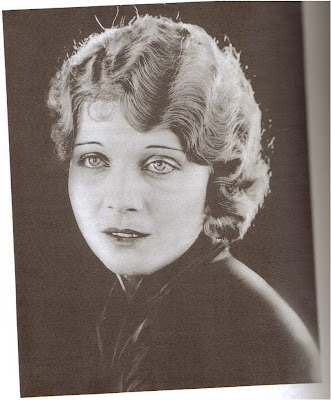 William Surrey Hart was already a major stage actor when he entered films in 1914 with the two-reel short “His Hour of Manhood.” He had originated the role of Messala in “Ben-Hur” in 1899 and played Cash Hawkins in the original 1905 production of “The Squaw Man.” Hart’s concept was to depict the West as he believed it to be, and he viewed his films as much as an art form as the paintings of Frederick Remington. Hart genuinely loved the West, and he took the western movie away from the painted backdrop and showed the western environment as it really was. In the nomadic years of his youth, Hart’s family had settled in the Dakota Territory near a Sioux reservation, and he claimed to understand the language and customs of Native Americans. When he saw his first western film, he vowed someday to make one of his own, and to make it realistic in its portrayal of the life he had as a boy. Producer Thomas H. Ince brought Hart to the screen, but the two men quarreled and Hart operated as an independent production unit with his own studio. Under the Ince banner, Hart starred in 55 films, ending with “John Petticoats” in 1919. The Ince films and the later eleven productions from 1919 onward for Paramount-Artcraft were generally westerns. Hart would not compromise on production values or cost and, in the end, left Paramount, independently producing his last film, “Tumbleweeds” (1925) for United Artists. Hart’s leading ladies served generally as plot devices. They helped to make or keep him pure. Hart was certainly a ladies man. He proposed to five of his leading ladies, including Jane Novak and Margery Wilson. Jane Novak had a rather weary look which perhaps made her an ideal leading lady to the domineering William S. Hart in a total of five feature films: “The Tiger Man” (1918), “Selfish Yates” (1918), “The Money Corral” (1919), “Wagon Tracks” (1919), and “Three Word Brand”(1921). Aside from Hart, Novak is best remembered for being Lewis Stone’s leading lady in “Man’s Desire” (1919), “The River’s End” (1920), and “The Rosary” (1922). Successful as she was financially in the 1920’s, the Wall Street Crash wiped out Novak’s assets, and by 1937, she was forced to file for bankruptcy. She had been off screen from the end of the silent era when she made a triumphant farewell to the screen in “Redskin” (1929), until 1936, when she made a couple of minor films.
Posted by Silentfilmfanatic at 4:50 PM