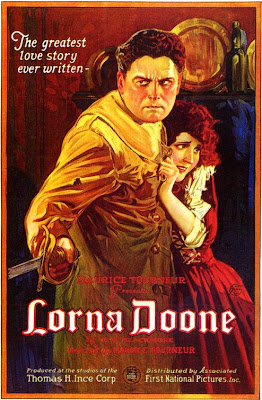 “Lorna Doone” (1922) is a silent romantic drama starring Madge Bellamy, John Bowers, and Frank Keenan. Directed by Maurice Tourneur and adapted from the novel by R.D. Blackmore, this film is about a young girl who is captured and grows up among a clan of evil outlaws. The story begins in 17th century England where John Ridd, a farm boy, played by Charles Hatton, meets Lorna, a young girl, played by Mae Giracci, who is the daughter of the Countess of Lorne. John and Lorna are drawn to each other as he pumps water to wash his hair. Shortly after the farewell scene between Lorna and John, Lorna is kidnapped by a feared band of highwaymen who terrorize the countryside and have a well-fortified community in the hillside country. The patriarch of this community, Sir Ensor Doone, played by Frank Keenan, is softened by fatherly love and raises Lorna as his own, keeping the secret of her royal blood from her. Years later, when both are adults, John Ridd, played by John Bowers, is swept down the river’s rapids and over a large waterfall. When he awakes, he finds himself on the bank with his head on the lap of his childhood sweetheart, Lorna, played by Madge Bellamy. John and Lorna arrange a signal from a hilltop if she ever needs him, but he must leave quickly to avoid getting caught by the Doones. Years pass and Ensor Doone is on his deathbed. Carver Doone, played by Donald MacDonald, seizes this opportunity to try and force Lorna into marrying him. Lorna’s maid signals for John’s help from the hilltop, and he rescues her from the Doones. Before dying, Ensor Doone sends a message to London so that Lorna’s royal heritage be known. When Countess Brandir, played by Gertrude Astor, shows up to take Lorna to London, John reluctantly tells her that she should go. Lorna soon renounces her heritage and comes back to John. Unfortunately, during Lorna and John’s wedding ceremony, Carver Doone shoots Lorna through the window.

Even though “Lorna Doone” (1922) is not one of the greatest films of the silent era, it is good entertainmnent. One of the things that impressed me the most about this film is the outstanding cinematography. The graceful photography of Henry Sharp under Maurice Tourneur’s direction is probably the film’s best asset. In fact, “Lorna Doone” is a visually beautiful film filled with gorgeous images. The acting is also first rate. The title role is nicely played by Madge Bellamy who portrays Lorna with such sweetness and grace. Ruggedly handsome John Bowers does a wonderful job as the stalwart hero. Kino’s DVD release is a beautiful print and adds much to the enjoyment of the film. With so few of Madge Bellamy’s films available, “Lorna Doone” is worth watching just to see one of the silent screen’s most popular leading ladies. 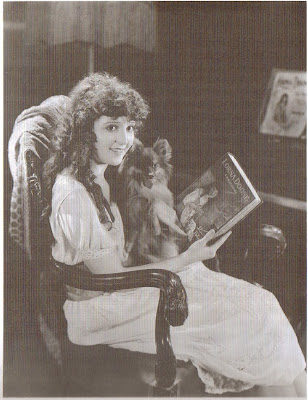 Critics called her captivating and artists dubbed her “the most beautiful girl in America.” As ethereal as Lillian Gish and as seductive as Clara Bow, Madge Bellamy was unique. Her film persona, evolving from ingénue to flapper, reflected the liberation of women from corsets to short skirts. Madge Bellamy was one of the few silent stars who came to Hollywood from the Broadway stage. She made her film debut in “The Riddle: The Woman” (1920) for Pathe and soon after was signed to a four year contract by pioneer producer Thomas Ince. In 1922, reviewers hailed Madge’s performance in the title role of Maurice Tourneur’s “Lorna Doone” and, when critic Robert E. Sherwood named her as one of his favorite actresses, she was destined for stardom. In 1924, Madge became an independent player. She was fortunate to star opposite George O’Brien in John Ford’s classic epic western, “The Iron Horse” (1924). A year later, Madge signed a contract with the studio, quickly becoming Fox’s most popular feminine star and their answer to Paramount’s Clara Bow and First National’s Colleen Moore. Her brilliance as a comedienne in such films as “Summer Bachelors” (1926), “Ankles Preferred” (1927) and “Very Confidential” (1927) gained the attention of the critics. “Ankles Preferred” was so well received by audiences that it was held over at New York’s famed Roxy Theatre. With the advent of sound, Madge’s stage-trained voice was apparently adaptable to the new medium. While disagreements with studio bosses over parts may have been partially responsible, her career, like those of her contemporaries, began to decline with the onset of sound. Most of Madge’s films in the 1930’s were minor efforts for smaller companies. A noteworthy exception was “White Zombie” (1932), a classic horror film in which she had second billing after Bela Lugosi. For a time Madge returned to the stage. After a long hiatus from films, she made her final screen appearance in Northwest Trail (1945). It is interesting to note that Madge was always ready to contribute to the cause of civil rights and feminism. Madge inherited her political activism from her mother who taught her to champion the underdog. There is actually a reference to Madge Bellamy in “Dreams of Movie Stardom,” a story in the collection, “Tales from the Secret Annex,” by Anne Frank, the young girl from Amsterdam who hid from the 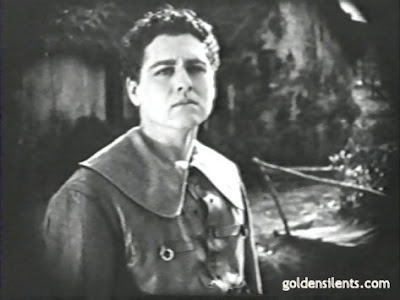 Nazis in WWII. At one point, Anne envisions herself sight-seeing with Madge on a trip to Hollywood. Like Anne Frank, Madge Bellamy was sensitive to injustice.
Posted by Silentfilmfanatic at 4:31 PM