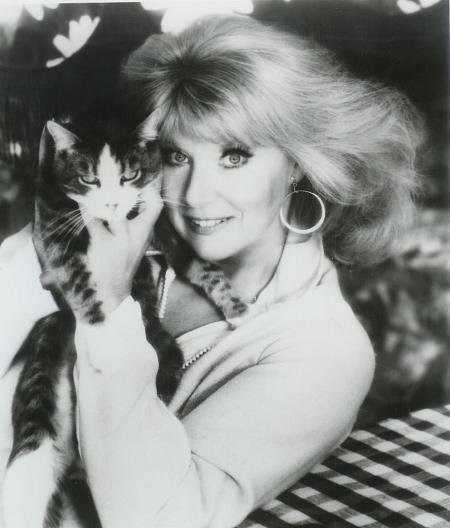 Sheila MacRae (born 24 September 1924) . Best known films: Pretty Baby (1950), Caged (1950). Is the story of a teenage newlywed, who is sent to prison for being an accessory to a robbery. Her experiences while in prison, change her from a frightened young girl into a hardened convict. Backfire (1950), and Sex and the Single Girl (1964).

MacRae, also played Alice Kramden, the  wife of bus driver Ralph Kramden ( Jackie Gleason) on the musical-comedy "The Honeymooners" and on The Jackie Gleason Show from 1966 to 1970.

She also performed in the role of "Madelyn Richmond" on the television soap opera, General Hospital.

MacRae was married to the actor Gordon MacRae from 1941 until  1967. Both wonderful singers, they performed in a 1964 production of The Bells Are Ringing , and Guys and Dolls, playing the role of Miss Adelaide, a role which she also performed on Broadway in the 1965. They were the parents of the actresses Heather MacRae and Meredith MacRae.
Posted by Dawn at 9:12 AM