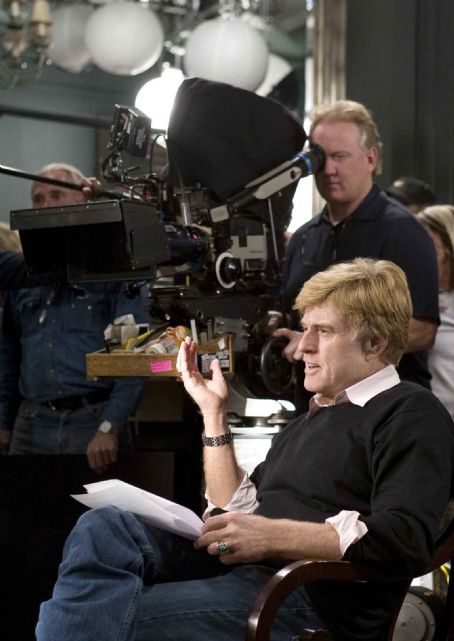 Actor Robert Redford, also wanted to fill his dream as a director. In 1969, Redford worked as the executive producer for Downhill Racer. His first film as director was in the film, Ordinary People(1980), for which he won the Academy Award for Best Director.

Other directorial films include the period film, A River Runs Through It (1992), based on Norman Maclean's novel. The film tells the story about two young men, Norman and Paul, growing up in 1920's Missoula, Montana with their father, a Presbyterian minister. Their mornings are spent in school and religious study, while their afternoons are spent fly fishing in the nearby Blackfoot River. Norman travels to the east coast for college and lives there for six years. Paul gets a job on a newspaper and falls into the life of gambling and drinking. The movie is about Norman's return home and his and Paul's summer together.

Redford continued acting and performed with Meryl Streep in Out of Africa(1985), Michelle Pfeiffer in the newsroom romance, Up Close & Personal (1996). A story about Tally Atwater, an aspiring news reporter, who is discovered by news director, Warren Justice. He helps her through her career while becoming attracted to her. Tally soon becomes successful, while Warren's career declines.

Later, Tally is forced to move to Philadelphia. Tally runs into trouble because of the jealousy of veteran reporter Marcia McGrath. Warren shows up to support Tally and the two friends begin a new career together.

One fate full day, on a routine assignment in a Philadelphia prison, Tally and her cameraman are taken hostage in a prison riot and witness hours of violence. Tally covers the story from within the prison as Warren from the outside, guides her through. This incredible story leads to Tally's advancement to a national network newscaster position, soon after disaster strikes.

Next Redford performed and directed, Kristin Scott Thomas in The Horse Whisperer, which he also directed.